How To Deal With Bullies At Office

How do working women in India tackle bullies at office who take advantage of hierarchy as well as gender? Read on! 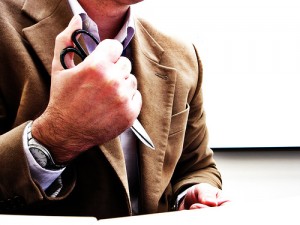 How do working women in India tackle bullies at office who take advantage of hierarchy as well as gender? Read on!

At the workplace, as in any social setting, a certain amount of teasing occurs naturally (and sometimes, its not teasing but workplace harassment). But when it becomes insistent and repetitive, causing severe stress to the target, it crosses over to the line of bullying.

Premilla D’Cruz and Ernesto Norohna, Organizational Behaviour professors at IIM Ahmedabad, had conducted a study on workplace bullying among the ITeS employees in India, in 2010. The findings reveal without a doubt that bullies at office are not rare. According to the survey, “A range of bullying behaviours were described including isolation, personal attacks, verbal threats and task-related difficulties.”

Premilla D’Cruz, who also authored the book Workplace Bullying in India, says that while bullies at office do exist in India, it is hard to determine the extent of it in the absence of empirical data.

“Bullying is basically emotional abuse. It is a persistent, targeted kind of hostility or intimidation that one person or group shows to another person or group. It occurs with a certain frequency and makes the target feel powerless to defend himself or herself,” clarifies Premilla.

Anjana Verma*, a call centre team leader, is of the opinion that standing up to bullies at office and escalating the issue to the concerned line manager can help if the escalation procedure is robust. Anjana herself has been bullied by her own manager, which she successfully escalated to the next in line.

Bullying is basically emotional abuse. It is a persistent, targeted kind of hostility or intimidation…

Bullies at office: Boss vs. Subordinate?

“Most often it is the superiors who turn out to be bullies. I have also seen it the other way round where the superior is a woman and the men in her team bully her. This however, is rare,” says Anjana.

Rishita Pandey*, a middle level manager in an MNC, opines that it is better to deal with bullies at office tactically. She states, “Usually, a straight forward confrontation is not useful. Most bullies continue their behaviour since they are used to getting a positive response. Give them a non-routine response that will throw them off a little.” Don’t let the bully know that you are afraid or intimidated by his aggression.

Premilla agrees that bullies at office can be handled effectively, “If you have a supportive top management and HR who are willing to take up the issue and fight it through.” The other option, she adds, is, “To quit or look for another job. This may not seem like the ideal solution, but mostly people have no choice but to quit unless they have a highly supportive top management.”

Premilla narrates an incident where an entry level BPO employee was bullied by the team leader. The victim was given tasks that did not match his skillsets and then criticised for poor performance. The team leader also spoke poorly about the victim on the work floor within earshot of others, thus humiliating the victim. This issue was escalated to the team leader’s superior during a skip level meeting. The senior managers viewed the issue with some seriousness and appropriate action was taken.

When your line manager himself is the bully, the situation becomes complex because, “There is a lot of collusion between your superiors and other managers,” reminds Premilla. Usually, the victim is transferred to a different team where the chances of work-related bullying are minimized. Unless there is extensive evidence about bullying behaviour and complaints from other employees, there is little likelihood that bullies at office will be terminated.

Both Anjana and Rishita agree that working women in India are more susceptible to being bullied because they are generally perceived as the weaker sex.

“It is really difficult to look at this through the lens of gender,” says Premilla. She elaborates, “It is hard to say whether women are more susceptible to getting bullied than men because it is context-specific and culture can play a role. In a patriarchal society, women may experience greater gender-based harassment; but they may not perceive it that way because they often take some level of unfair treatment for granted.”

So far, there is no legislation to prevent workplace bullying in India. But there are internal policies in place in most companies.

How can you handle bullies at office?

Remember that bullying has more to do with the bully’s own insecurities than about what you do.

By recognizing that it is the bully that has the problem and not you, you regain control of your own feelings. Embarrassment, shame and fear are all normal reactions, but remember that these emotions are often misplaced and that is how all abusers control and silence the victims.

By recognizing that it is the bully that has the problem and not you, you regain control of your own feelings.

Record everything in a journal. Learn about your company policies regarding bullying and prepare to take action.

Have a backup plan in place. You may even want to look for another job, because when you have the security of a backup job, you feel more empowered to face the situation.

When you discuss the issue with senior management, provide ample evidence. Be prepared for the eventuality that you may have to quit.

Dealing with bullies at office can be tough. Limit the damage as early as you can, and get out of the company if they are unable to protect their employees.