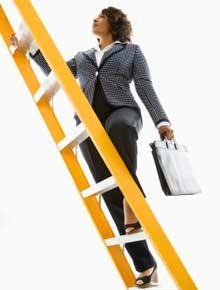 Think women entrepreneurs are scarce in India? Think again! Although a slowly growing breed, the forecast for women-led start-ups looks quite positive.

I have been involved in The Morpheus for the last 6 years and have constantly seen a variety of business ideas that women are working on. It’s not to say that women entrepreneurs in India are a myth, nor can I confidently state that they are common place. As part of one of the largest and oldest accelerators in town, I can definitely say that women entrepreneurs exist in India and are doing some good significant work, though with a few ‘conditions applied’!

Since late 2007 I have seen the number of women-led start-up ideas increase. Women-led, here means either the founding team is all-women or one of the co-founders is a woman. Co-incidentally, the first start-up we at The Morpheus worked with, Instamedia, had Nandini Rati as its co-founder, who ran a successful luxury blog that got recently acquired.

Now, let me walk you through some statistics:

– In the early years (2007-08) of The Morpheus, we noticed that the percentage of women-led applications were around 2-3%

– This has constantly increased and currently, we are short listing for our 10th Batch as I write this post, it’s 15-18% of the total number of applications we’ve received

– Through these 6 years, we have worked with 70 odd start-ups, of them around 10 are start-ups led by women entrepreneurs in India, which makes it approximately 14%

I have been thinking about this and have even explored the thought of incentivising women-led start-ups with a concession or a direct entry into Morpheus if they met basic parameters. Here are some of my hypotheses as to why we have a general perception that there is a dearth of women founders in the start-up circuits:

– Women entrepreneurs do not spend too much time socializing in the start-up circuits. They do as required, put their heads down and get productive (an innate nature of women is to be quietly productive)

– If it’s a team where one is a woman and others men – the men tend to take over the external interactions, whilst the lady in the team is busy building or creating value. Hence, the assumption that the men are doing all the work – this goes back to our conditioning as an Indian society

– If it’s a husband-wife team, the biases don’t allow us to count the lady as a contributor and hence ignored

– Single founders tend to prioritise their tasks and socialise as required

– Also, since not many of the VC funded start-ups have a woman founder, the assumption that there are not many women founded companies. A fallacy.

From my experience, here are some points to note:

– Women-led ideas are significant and are increasing from an accelerator perspective, however it has grown gradually, as mentioned before

– Many of them are services oriented, which isn’t the focus of accelerators such as ours

– Some of them have a great founder, but is approaching the idea in a life-style manner. Meaning, she’s not looking to scale or at volumes, which becomes difficult for accelerators like us to back

– Some of them are very life-style-ish. By this, I mean, the founder is looking at it as something she’ll do with her day job or in her extra time; limiting her commitment towards it and its scale

– There are those significant some, who do not display the passion or commitment required to run a start-up. They are ‘iffy’ about it and are non-committal in the short-term too. By short-term I mean, 2 years. It’s a culture thing, which is changing slowly, as some of them are unsure what will happen to them when they get married, etc.

– Some others have the common traits that we see in other founders; short-term focus with specific ‘gain’ in mind, they approach us for funding only, they are closed to inputs, too stuck to their idea, run-of-the-mill / another Facebook or ecommerce idea; and the kind

– It could be a culture thing for India, where many of them do not come across as very passionate or aggressive. By aggressive, I mean, they do not display the urgency that’s required in a start-up, the realisation that time is of essence!

However, not all is glum. We’re rather proud that 14% of our portfolio is women-led. Among them, a greater percentage is couple teams, where the women in the team is the technology person. As an observation, the women are the ones who hold the focus of the company in such couple-led teams. Couple-teams are more stable and settled, which could also be a culture thing for India.

What to do to improve the numbers of women entrepreneurs in India?

Frankly, I do not see that the numbers are alarmingly low, for something to be done. They are on the rise, slowly. Although, I have been thinking of figuring out ways of working with founders who have good core-values, but are looking at life-style execution of their business. The intention is to engage with them continually, to help them move from their life-style approach to a scalable model, if possible, or just work to better their life-style model itself.

Besides, I’d like to believe that modern-day city-bred girls have the same opportunities, exposure and expectations as that of boys. This only means that we’ll see more women entrepreneurs in India with good core-values and high aspiration levels soon. It’s a matter of time!

About the Author: Nandini Hirianniah is an entrepreneur, co-founder at The Morpheus - an Indian start-up accelerator & micro-fund.