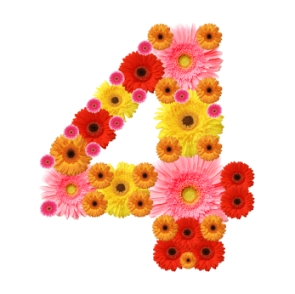 It is true that in large cities, capital is easier to raise, support networks exist and women are more likely to have worked in large organizations that help them acquire the skills and contacts needed to start-up. Yet, women entrepreneurs in smaller towns and cities are not lagging behind – with businesses often in unlikely sectors and against heavy odds.

Aurangabad, Mangalore, Jaipur and Allahabad – these are the places our search led us to and here are the four extraordinary women entrepreneurs we spoke to.

Career management away from a big city

Aditi Someshwar is an engineering graduate who initially worked in Pune and Mumbai, but had to move to Aurangabad when she got married. The question that confronted her was: “How do you keep up your career when you are not in a big city?” 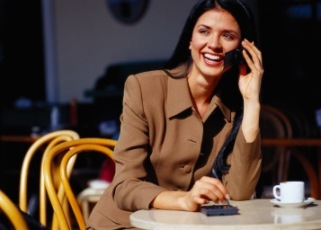 How To Become An Entrepreneur While Employed

After a three year break due to motherhood, she felt the urge to start working again and began teaching at a government college. It wasn’t long though before she wanted something more. This led to the setting up of Wiztel, a training firm in 2008. Networking helped her to sign up as a franchisee with Vedang Radio Technology Limited. She now trains and places engineers in this company. Naturally, her company met with a lot of wariness, but today, Aditi feels that setting up such a business in a small town has worked well for her.

Her business was self funded and what drove her was the desire to stay in a line she enjoyed while being able to manage the home front. Her business is expanding rapidly and she is now looking at tapping into the local industry in Aurangabad for projects. Her advice to future women entrepreneurs: “Follow your instincts. If you have an instinct, believe in it. Any idea is a good idea if you believe in it”.  Her vision for the future is to expand significantly and make the business much larger than it is today.

Mahima Mehra, a Jaipur born entrepreneur (now Delhi based), specializes in making elephant poop paper. Yes, you heard it right! Her brand, Haathi Chaap, is part of Papeterie, an organic packaging concern that she started several years ago.

Mahima was constantly on the look out for new kinds of fiber for the handmade paper she makes. While on a visit to Jaipur’s Amber Fort, she and her colleague, Vijendra Shekhawat realized that the mounds of elephant dung around them were full of fiber and would “probably make excellent raw material for handmade paper”. It took them about two years and several experiments before they could even produce a sheet of paper from the dung.

Getting the business off ground in Jaipur was no mean feat. The process involved manual cleaning of the dung and people were hesitant to touch any kind of animal waste. People in Jaipur were familiar with the textile business, but this was a completely new product. Mahima had to spend some time and effort convincing the team to work with this dung, but eventually overcame this hurdle. The products with their cute brand name and tagline ‘made from the finest dung available in India’ were first exported only to Germany and the U.K. but are now sold in India too.

Her biggest challenge was the fact that she was a woman entering the male dominated world of manufacturing. As she was working in small villages, people would not even meet her eyes – for no other reason than that she was a woman. A psychology graduate, Mahima admits that she has no experience in this field but has always been interested in recycling and reusing products, even as a child. Her six member team does not have a designer with an impressive biodata. The six of them “just sit together and the ideas flow”. In the early days, Mahima has sat and made bags by hand herself. She feels that you do not need any credentials to become an entrepreneur. She says, “If it is in you, you can make it happen.”

A sense of duty and responsibility

Helen Alvarez is the Managing Partner in Alvarez and Thomas and Cochin Shipping Company. A family owned stevedore and port logistics company, it had been started up in Mangalore in 1971. Helen was working in the company and took over the reins when her father passed away.

Her decision was made on the fact that “somebody had to run the business. It was not fair to just shut it down. There were employees who had been there for 25-30 years.” She thought that she “must” continue to run it. Helen says she managed this through sheer hard work and determination.

There were times she worked a 20 hour shift. It was not handling shipping or labour that turned out to be the biggest challenge, but dealing with all the red tape she encountered. Since she had not been a very career oriented person, she had to work even harder to convince the authorities that she meant business, especially in a small place like Mangalore.

Her hard work paid off – she set up a branch office in Karva, a port north of Karnataka, on the Goa border. This branch office has now been the biggest cargo handler for the past seven years at Karva. She has also branched into other shipping activities. Helen never looked back or felt like giving up. She admits that she was driven by a sense of duty and responsibility to her family. Her suggestion to other entrepreneurs is, “one must recognize and seize opportunities as and when they come along”.

Purnima Lamech is a serial entrepreneur. In her home town of Allahabad, she has started not one but three businesses! She began with Aiyna, one of Allahabad’s earliest boutiques. Boutiques were then unheard of in Allahabad – it was far easier for people to go to their usual “darzi”. The middle class found her expensive and were wary of giving orders. By demonstrating the superiority of her designs and that fact that they could get all their work (stitching, embroidery etc) done under one roof, she won them around.

Unfortunately, due to family problems, she had to sell this boutique but soon started a mineral water plant, again a first for this small town. Once again, she faced resistance as people were not used to the concept of ‘buying water’. Once she explained how this water was safer and purer than the other drinking water available, they saw the sense in buying it from her. Soon, she secured a contract to supply mineral water for the railways, for Western Uttar Pradesh.

She then started Allahabad’s first call center – with only eight people. Later, she also tied up with a company in Delhi for call center training. Her students soon found jobs in Delhi, Mumbai, Pune and other cities. Her latest enterprise is distributing pumps to various parts of Uttar Pradesh and Madhya Pradesh. Purnima enjoys what she does, including the feeling of not being “answerable to anyone.”

Four success stories that prove – location is no bar for ambition! We hope you enjoyed reading and learning from their experiences.

(If you are interested in becoming an entrepreneur, this article on the mistakes to avoid will help you. The Indus Entrepreneurs (TiE), a global network of entrepreneurs which mentors and facilitates the growth of new enterprises) has come up with a unique program called Chat over Chai that gives women the opportunity to interact with other women entrepreneurs from different industries.)

A list of organizations empowering women entrepreneurs of India by training and mentoring women along their entrepreneurial journey.

The last decade has seen a steady rise of women entrepreneurs in India. With a larger number of women taking to entrepreneurship, academic institutions as well as industry backed foundations saw a void which needed to be filled – they realized that women either had the funds and lacked the technical know-how of running a business, or vice versa. The need of the hour was for a mentor, a hand holder to walk beside them on their path to success. END_OF_DOCUMENT_TOKEN_TO_BE_REPLACED 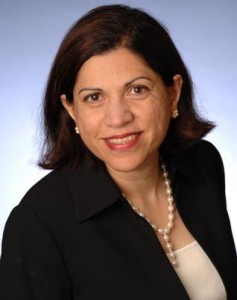