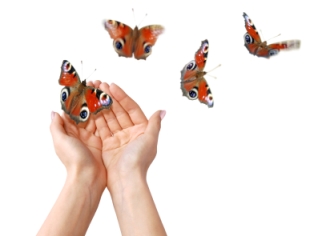 Dealing With A Miscarriage

Miscarriages are heartbreaking but they do happen to many Indian moms. Women need support when dealing with miscarriages.

Along with the joy of discovering you are pregnant, comes the question of whether you will be able to carry this pregnancy to full term. A miscarriage is something that many pregnant Indian women fears. Miscarriage rates vary depending on the data you look at, but on an average, it is estimated that about 20% of pregnancies end in miscarriage and most of these occur before 20 weeks of gestation.

Some women do not even know that they are pregnant and mistake the signs of miscarriage (in very early pregnancy) for a late period. While vaginal spotting or bleeding, abdominal pain, weakness and dizziness and severe/uncontrollable nausea can and do occur during the first trimester, it makes sense to check with your doctor if you experience these – they could be symptoms of a miscarriage.

It is important to go to the hospital if you experience any of the following:

– Heavy vaginal bleeding and passing of clots or something that looks like tissue.

Your doctor may suggest other things to look out for if you have a history of tubal pregnancy. Unfortunately, if your doctor feels that you having a miscarriage, there is little you can do to prevent it from happening.

What are the reasons for miscarriages in Indian women?

There are several reasons as to why you could miscarry. As difficult as it is to accept, it is more often than not simply nature’s way of terminating a pregnancy that would not be viable due to fetal abnormalities. Other reasons include acute infections (such as Mycoplasma, German measles and CMV/ cytomegalovirus), chronic illnesses such as kidney disease, lupus, diabetes, thyroid problems or using certain drugs during pregnancy. Uterine and cervical problems could also be responsible for a miscarriage.

It is important to note that in most cases, there is no easily identifiable cause, and women must not feel guilty – miscarriages simply happen.

It is important to note that in most cases, there is no easily identifiable cause, and women must not feel guilty – miscarriages simply happen.

How can Indian women cope with a miscarriage?

Coping with a miscarriage can be very traumatic. Apart from the physical distress, the emotional impact takes its toll on a woman and very often, the couple’s relationship as well. It is common for a woman to not want to deal with her feelings after a miscarriage, but facing them can help pull her through and help her emerge a stronger person.

In the Indian context, things are often complicated by the presence of an extended family – which can be a source of support, or sometimes, even pain. Elders in the family may have outmoded views and blame the woman for the miscarriage, or there may be pressure on the couple to try and conceive a child again, sooner than they are ready to.

While well-meaning people may advise you to “forget about it”, it is perfectly normal to grieve after a miscarriage. You have, after all, lost your unborn child. While you may not want to talk to everyone about a miscarriage, don’t feel obliged to avoid it either if you feel like talking – support is one of the best ways to get through this difficult time.

There is no specific amount of time that you or your spouse is expected to grieve after the miscarriage. It varies from person to person. The pain can be acute and only you know how long you need to grieve for. At a later stage, you may even want to remember the child by doing something that holds meaning for you, like donating to a cause.

There is no specific amount of time that you or your spouse is expected to grieve after the miscarriage. It varies from person to person.

Here are some things that may help you to deal with your miscarriage:

Turning to one another: A miscarriage will be a stressful time for not just you, but also your husband. Of course, your husband may not have felt exactly the same emotions – not being physically involved, but both should support one another at this difficult time. Take time out for yourselves – take a walk, watch a movie or even a short holiday. It is important to stay close and connected as both of you come to terms with your grief. Mutually agree on when you would like to try to conceive again.

Support from others: Reach out to family and friends or even find support online. Talking to other women or couples who are also dealing with the loss of a baby can help you to come to terms with your loss. Find one family member or a close friend you can always turn to when you are feeling down. Do not hesitate to call this person whenever you need to.

Writing it down: Writing is a good way of giving vent to your emotions. Start a journal and write in daily if you need to. Research has shown that journal writing helps people to deal with their feelings and move on.

Fertility counsellors/doctors: These can help you deal with the miscarriage by discussing the details of why it happened. As painful as this may be, it may help with future pregnancies, especially if the causes are related to uterine complications. Fertility counsellors also help couples to deal with the guilt that often accompanies a miscarriage.

Staying busy: Once you are physically fine, involve yourself in some activity, apart from your routine. This will keep you busy and will help to take your mind off the sorrow.

You may feel guilty and blame yourself or feel that you did something wrong that made you lose your baby. Whatever the reason, a miscarriage is seldom anyone’s fault.

Apart from grief, you may experience depression and isolation. This is again, perfectly normal and will pass in time. However, if you feel that these feelings are preventing you from moving on, you may want to seek professional help to stop yourself from slipping into prolonged depression. The worst possible thing you could do is to pretend that you lost nothing, when in fact you feel you have lost something that meant the world to you.

While a miscarriage can be very difficult to come to terms with, it is important to remember that future pregnancies need not end in miscarriage.

Ferieda Havewala was 37 years old and 7 weeks into her pregnancy when she miscarried. It had been a difficult pregnancy and she was advised bed rest, but lost the baby. She was disappointed because she thought she would be able to keep the baby and later went into depression. She also felt particularly bad because she was expecting at the same time as her sister in law, who went through with the pregnancy and had a healthy baby. It was extremely hard for her to see another woman going through a pregnancy when she had lost her own baby.

She kept thinking back to where she would be in her pregnancy if all had gone well. She felt frustrated at times as she was told to wait for six months before trying again. Age was also against her. She was shaken up and worried that the same thing would happen again. Her next pregnancy started off the same way and she was terrified she would miscarry this time round too. In spite of having to take a lot of care, bed rest and having the baby prematurely, it all ended well. She is now a mother of two and her last pregnancy went through without any problem at all.

Health Tips For Working During Pregnancy