Anorexia: The Race To Thinness

With ‘thin is in’ becoming a part of the young urban Indian woman’s psyche, can Anorexia be far behind? 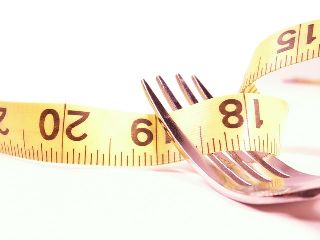 With ‘thin is in’ becoming a part of the young urban Indian woman’s psyche, can Anorexia be far behind?

The media, movies, and fashion magazines have all played a role in giving women the idea that “thin is beautiful”. So well and truly is this mantra being imprinted on us that although most Indian women are not genetically skinny (as statues of our goddesses too attest), the race to be thin is on, impacting women’s health seriously.

In a small-sample study of 200 17-19 year old college girls in Kerala, conducted in 2003, 51% of the girls perceived themselves as ‘fat’ and desired changes in their perceived body image. Even among those classified as ‘underweight’, 39% had tried to lose weight at some point in time, and 15% had started a diet in the last one month. (Study report here, PDF).

Is it any surprise that eating disorders such as Anorexia now affect us in India as well? This problem can begin very subtly before the woman or her family is aware of what’s happening. With anorexia, the disorder may well begin with a diet. Before we talk more about anorexia and the health problems associated with it, let us take a closer look at what exactly anorexia is.

Anorexia or anorexia nervosa is a psychological condition which affects both mental and physical health. It is characterized by a heightened fear of becoming fat. Along with this irrational fear there is an ongoing struggle to lose weight and become thin. More information on the common signs of anorexia is available here.

There is no real answer as to what causes anorexia. It is a complex condition that arises from a combination of many factors – biological, emotional and social. Low self esteem, a disturbed family environment, traumatic experiences are all contributing factors and may play a role in anorexia developing. More information about anorexia and its related problems can be found here.

Deciding to get help for anorexia or other eating disorders is not an easy choice to make for most Indians. Besides the lack of awareness, any problems seen as not strictly physical ailments are often considered shameful, and something to be hidden away. The first step is to admit that you have a problem. Talk to someone – a good friend or a counselor. Seek professional help.

Dr. Niloufer Ebrahim, Consultant Psychologist, Jehangir Apollo Hospitals, Pune states that “Anorexia is an arriving problem. It’s not going away. Treatment for anorexia must be with either a psychologist or a psychiatrist as anorexia is a problem of mental health. The problem looks physical but it is actually a mental one.” Most anorexic people do not feel that there is anything wrong with them. Therefore it is essential that family members rally around and recognize the signs and symptoms of anorexia, before it is too late.

Treatment for anorexia must be with either a psychologist or a psychiatrist as anorexia is a problem of mental health. The problem looks physical but it is actually a mental one.

Dr. Ebrahim concurs that in the Indian context, people are not willing to seek help. She says, “It is considered shameful if you have to visit a psychiatrist or a psychologist.” Most people would rather offer advice like which foods to eat to gain weight and so on. However, anorexia is a disease that has far reaching consequences. For instance, Dr. Ebrahim states that a mother who is obsessed with her body image and weight could influence the way her children feel about their body image. She firmly believes that people need to understand that “Anorexia IS an illness. There is no such thing as mild anorexia.”

A great deal of therapy is required to help an anorexic person. The most important thing is to first get the person back to a healthy weight. For this, it is advisable to seek the help of a trained nutritionist who can explain the various foods groups to the person concerned and also set up a meal plan or a food plan. Constant monitoring is a must for anorexics as it is very easy to fall prey to the eating disorder again. This is the main reason why anyone who suffers from anorexia should consult a psychologist or psychiatrist as such people are trained to deal with and bring about change in the anorexic person.

Remember that you cannot force a person who is suffering from anorexia to eat. Dr Ebrahim also feels that in order to treat anorexia effectively, it is essential to get to the root cause of the matter. What problem led to the person becoming anorexic in the first place? In counselling, the person is encouraged to talk about their fears – whether this is about food, weight, health fears and so on. A change in the person’s belief system is required in order to treat this eating disorder effectively.

Accepting yourself. Therapy can also help you accept yourself for who you are. It all comes down to how you feel about yourself when you look in the mirror each day. You need to be healthy and eat sensibly. Do not focus only on your body. For women, a great challenge is that we live in a culture where we are constantly bombarded with images of “hot bodies” that few of us will ever attain.  If you think that having a great figure will make you happy, you are mistaken – remember that celebrities with their size zero figures often seem to have more messed-up personal lives than the rest of us!

For women, a great challenge is that we live in a culture where we are constantly bombarded with images of “hot bodies” that few of us will ever attain.

Children and eating disorders. It is essential also for parents to be aware of the growing number of children who may suffer from eating disorders. A study of 300 Class 9 to 12 boys and girls in Chandigarh revealed a greater preoccupation of girls with body image, and a high correlation of body image focus with depression for both genders. (Brief summary available as part of this report, on page 151; PDF). Unfortunately, parents of anorexics do not initially realize what their child is going through until the problem spirals out of control. From a practical viewpoint, dealing with childhood or teenage anorexia is not easy.

The average Indian parent wants a healthy (read, “chubby”) child. Most parents do not know enough about nutrition to see if their child is eating the right foods, and sometimes, the information overload can be confusing. Dr. Ebrahim feels that parents should not go on talking about body weight, diet and so on – this often happens with young girls, especially as they attain puberty, when more value starts being placed on their looks. Don’t make your child feel that only her body or looks are important.

If you are aware that your child has problems with her weight, take steps to help her. Do not berate her endlessly about her shape and size as this has a negative effect on the child. Pick up the markers and signs that your child has a problem. For instance, is your child falling ill very often, if so, has her resistance level gone down – these are some of the basic questions you as a parent should ask yourself. Do not hesitate to seek medical attention and impress on the doctor to do a complete medical check up as well.

The onus is on the parent to make sure that every possible step is taken to find out what is wrong with the child. Most importantly, be open and encourage your child to talk about what is troubling her. Do not make anorexia a deep, dark and secret problem.