STOP Glorification Of Marriage: Should Our Kids Tolerate Abuse For Society & False Prestige?

Our children's future is of prime importance in case of a domestic violence which can be either physical or mental. Stop glorifying marriages.

The patriarchal reasons for marriage

Marriage is an institution which sanctions a sexual relationship between married couples. The sole purpose of marriage is considered to be to beget progeny. The system of marriage was introduced to maintain peace and order in the society. It was designed to decide the legitimacy of children, the property rights over couple’s wealth and to decide the inheritance of this property.

Marriage has been glorified to a large extent in Indian society, to such an extent that it is proclaimed inevitable for a man or woman to be complete. In a patriarchal society like ours a woman who is not married is almost considered futile and incomplete.

In our big fat Indian weddings loads of money is spent for lavish ceremonies. If a marriage turns out to be sour, efforts are made by the families to force it to work out. A marriage can be fruitful only when it’s existence is based on mutual respect and when both grow together as individuals. The efforts will go in vain even if one of the partners is reluctant to put a sincere effort to keep the relationship fresh.

Let us not force anyone to stick with a toxic marriage

In today’s world when we are talking of feminism and equality, should we glorify marriage and advocate that our kids sacrifice themselves in the name of marriage? Should a toxic or abusive marriage be tolerated in the name of society, customs and false prestige? Is it not the time to change the definition of so called succesful marriages?

It is high-time for the parents to change their mindset regarding marriage. What is the point of being in a “no divorce ” marriage which is spoiling the psychological and physical health of an individual? Is it not the responsibility of parents to support their children emotionally when they are being tormented in a brutal marriage?

Our children’s future is of prime importance in case of a domestic violence which can be either physical or mental.

It is the need of the hour to stop glorifying marriages and to be practical. As Lord Krishna advocated in Bhagwad Gita “Change is constant” and we should bring a change in our mindset when a need is warranted in a marriage.

Be the parents in whom the children can pour their heart out and seek for help. Glorify your kids and not the marriages.

Register at Women's Web to get our weekly mailer and never miss out on our events, contests & best reads - you can also start sharing your own ideas and experiences with thousands of other women here!
domestic violencemarriage

I am a pathologist by profession working as Associate professor in All India Institute of Medical sciences Mangalagiri. I am rational thinker interested in mythology and intellectual interpretation of characters in mythological stories. I also read more... 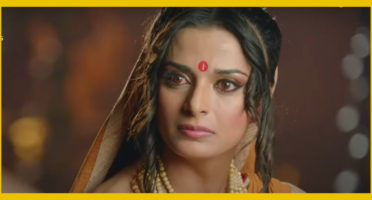 Is It Wrong When We Perceive Mythological Women As Submissive?