Is It Wrong When We Perceive Mythological Women As Submissive?

Instead of showcasing mythological women as objects of sacrifice, they should be treated as humans with blood and flesh and definitely feelings and opinions of their own. These women felt pain and remained silent!

I have a deep interest in female personalities and disposition in Indian mythology. Off late I was reading a book titled The liberation of Sita. While I was flipping through the pages, many thoughts crossed my mind.

Many well known names of women in Indian mythology lingered in my mind. Many unanswered queries haunted my deeper senses. These had always pondered me before as well.

First in line to flash to my mind like lightning was Sita. Sita’s persona always created a turmoil in me since I gained my senses as a girl.

Sita following Ram to the woods during exile, the pain she experienced in Ashokavana and Ram’s victory over Raavan are described in detail and emphasized abundantly.

But nobody has ever addressed issues like Sita’s Agnipariksha, Ram abandoning her when she was expecting his heir, and she sought refuge in her mother, Earth.

Sita is considered as epitome of purity and an ideal pathivratha. Still, she was subjected to show her chaste through agnipariksha. To prove her purity to the world, she has to bow down and agree to this humiliating test.

What would be the state of this woman when she silently had to undergo this test to satisfy male ego?

Even though she came out triumphant, proving her worth, her tests were never ending. How could Ram abandon her when she was nearing full term, about to give birth to his kids? Undoubtedly Ram was an obedient son and an eminent king, but, what as a husband and a father?

Has anyone analysed why Sita did not return to Ram when he sent her a message asking her to return to Ayodhya? Why did she find salvation in the lap of her mother Earth?

The daughter of fire had no better fate

The next name to strike is Draupadi, the daughter of fire. She was won by Arjun, shared between five brothers, and when a need aroused none of her husbands came to her rescue. When a unanimous decision was made to share Draupadi among brothers as their wife, nobody dared to ask her opinion.

I as a woman can sense her plight when she had to spend every year with a different husband. What an emotional turmoil in silence again? The next disaster for her was the Game of Dice.

How can a husband pledge his wife as a property without her permission in a gamble? How could all the five husbands remain silent with their heads down when their wife was disrobed in front of courtiers?

Mythology is full of silent sufferers

It was a question raised against humanity, against the whole existence of a woman? It is hard to even imagine the heinous plight of daughter of fire and wife of unbeatable Pandavas in that heart-wrenching scenario.

As I kept recollecting, a list of such silent female sufferers in our mythology was available. To name a few were Kunti, Gandhari, Ahalya, Vrishali, Urmila, Supranakha, Mandodari.

These were all caught amidst male politics and ego. They put up with sufferings in silence with a smile on their face in this patriarchal stories.

By fantasizing these women in submissive state, are we not giving a wrong lesson to our younger generations to come. With people becoming more logical, the interpretation and perception of these women should change.

Instead of showcasing women as objects of sacrifice, they should be treated as humans with blood and flesh and definitely feelings and opinions of their own.

It is the need of the hour to change the way these characters are portrayed. When you analyse as a woman, the adversities of these strong women can be better understood and felt.

Sit back, introspect and try finding a key to these ever unanswered queries.

I am a pathologist by profession working as Associate professor in All India Institute of Medical sciences Mangalagiri. I am rational thinker interested in mythology and intellectual interpretation of characters in mythological stories. I also read more... 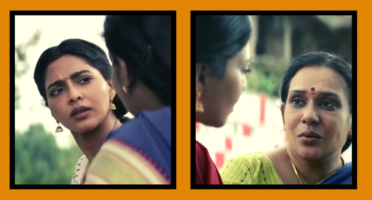 STOP Glorification Of Marriage: Should Our Kids Tolerate Abuse For Society & False Prestige?