I Was Always Angry, Then He Asked, “Have You Forgiven Yourself?”

I was angry. All the time. My anger was not directed at anyone in particular. I was not the kind who would take it out on others. My anger was just stagnant, seething and simmering within me, like molten metal in a cauldron.

I was angry. All the time. My anger was not directed at anyone in particular. I was not the kind who would take it out on others. My anger was just stagnant, seething and simmering within me, like molten metal in a cauldron. It showed in my face, in my eyes.

I have had strangers stopping me in my tracks and asking me why I looked so furious. I would just laugh it away. But it was exhausting, draining and dilapidating this state of mind, and I did not know how to deal with it.

Anxiety and anger were making me feel helpless

All this boiled over to the surface after years of being insecure and helpless. And scared, yes, very scared. In the past, I had people breaching my boundaries, invading my privacy.

I did not have any agency over my life. All this and more made me a social cripple, riddled with anxiety and low esteem.

Then, one day, I broke free from all that. I was free and I am now. I must rightly feel relief, if not happiness. Likewise, I ought to feel gratitude for the support I have been receiving from family and friends. But, I realized all that remained with in me after the trauma was anger.

I was full of anger, so much anger

Why was I angry?

Who was I angry with?

“You might need a closure or at least acknowledgement of what you had gone through,” a few well-meaning friends advised.

“That would make you feel better,” they said. But, deep down, I knew that it did not bother me. I did not, do not, seek apology or reconciliation. I was clear about that part, at least. However, there was something else making me restless and angry all the time.

“Maybe you need to forgive,” said a close friend said.

“I already did that,” I said. It was true. People who hurt me did not know better.

“Have you forgiven yourself?” he asked, and that was the moment I realized where my anger stemmed from.

All through the ordeal, which had lasted for years, I did not stand up for myself. I failed to recognize manipulation and mental abuse. I was blind to oppression. All this despite being well-educated and fairly independent and outgoing.

I had disappointed myself

I had let myself down and never forgave me for that – for lacking a spine, for letting people walk all over me, for letting things go that far, that bad. Not only that, but I need to forgive myself.

Once I knew the fight was within me, I am now slowly moving towards resolution. I am trying to be easy on myself. After all, I did not know better, too. It is definitely not an easy process, but I am taking baby steps towards it, making the self-aware me be less angry, less scathing.

For those of you who are struggling like me, taunting your own past self, I say, “Let her be. She had suffered enough.”

A brief introduction to the writer Sarveswari Saikrishna is a short story writer, currently working towards her MFA Creative Writing degree from Writer’s Village University. Two of her works have appeared in the Literary read more...

Those Terrible Memories She Couldn't Speak Of Finally Broke Her... 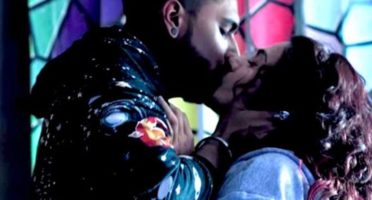 Forbidden Fruit Was Indeed The Sweetest, But Only Until It Turned Sour...