I Miss Our Mother-Daughter Trips To Military Canteen Stores, Now Just Memories Of My Mom…!

If I knew that we had very few months with my mother, I would have made more of an effort to make time for our regular trips to the Canteen Department Stores!

Canteen Stores Departments (CSD) are retail supermarkets available for use by Defence Personnel and some other Central Government units as well. Items sold here are exempt from taxes and hence much cheaper than what is available in the regular market.

My father served for 27 years in the Indian Army and fought in two wars. After my dad’s passing my mother started receiving the family pension and also got her CSD card. My mother was a working woman but when my father was there, she didn’t have the access or the freedom to spend her own money. My father would take care of the finances, and the financial situation at home was always very tight. I think this was true for most families of that generation.

My husband served for 16 years in the Air Force and hence I too have a dependent CSD card.

Thus started our mother and daughter trips together to the Canteen Stores Department. While I was employed, this was a once in a while affair when we would go to the CSD based on my free time. Then I took a break from work and this became a regular monthly affair. While for me it was just a trip to the supermarket, for my mother it was a big outing filled with a lot of purpose.

The day prior to the visit I would tell her to finish her daily rituals and be ready by 9.45 am, so that we could beat the crowd. She would barely make it by 10.00 am as she wouldn’t compromise on her daily spiritual activities. I would go to pick her up, wait patiently in the car while she came down from my sister’s apartment. Then she would head straight to the backseat as she hated wearing the seatbelt that I made her wear if she sat in the front seat. And together we would go on the trip, me as her driver and she as my passenger.

The immense pride I felt in doing this cannot be expressed in words. To have a car, to be able to drive it myself, and to carry someone so precious to me brought me great joy as well as a deep sense of fulfilment.

My mother was a very proud and dignified woman and she hated taking favours from anyone including her children. She would never ask me to take her to the CSD but instead would say something like “what do you think, should we go to CSD this week or on so and so day?” or “it has been many days since we went to CSD” or “such and such item is over, I should visit the CSD soon”. I would pick up on the hints and plan for the CSD visit.

It was quite a big activity for her

The place is always very crowded with serving and retired personnel, dependents, families etc. The comparative price difference with the same things outside is significant, so people don’t mind the trouble of jostling the crowd, waiting in queue etc.

Like in a supermarket one has to fill their shopping trolley with the items one needs, reach the billing counter, keep everything neatly on the counter for billing, refill the shopping trolley with the billed items, go to another counter and get the items checked as per the bill and and finally fill your bags with the loot. The repetitive filling in and pulling out items does not deter people from using these services. Overall it is an exhausting process. One trip to CSD and you are done, you can’t get yourself to lift a finger for the rest of the day.

At the CSD once we had waited long enough in the queue and finally had our chance to get inside, my mother would be like a child in a candy store.

Looking at each item carefully and picking up items after much thinking. She would pick up all kinds of junk food for the grandchildren, picking up each item saying that he/she likes it very much. She would also experiment with stuff, buying things to just try them out. Her shopping cart would be filled to the brim and sometimes I had to get an extra trolley to accommodate the items. At the billing counter it would be difficult to arrange all the items on the counter as she would buy so much of it. Sometimes I would have to pitch in with my CSD card as her quota would get exhausted. Several times we would have to keep back some items as we would have exceeded the quota on both cards.

If she saw some item that she had experimented with in the past and had a bad experience, she would warn me against picking it up. If there was some item which wasn’t available, she would go on and on about it and say that this item was not available and I came specifically for that. But, her cart told a different story altogether.

Once we stepped out with our infinite number of bags, I would tell her to wait so that I could keep the bags in the car. My mother being the independent one would pick up the heaviest of the bags. Many times I would admonish her for this and she would get really really upset. This scenario would repeat on our every visit. I would tell her not to carry the bags and she would insist on carrying them, and her hands would go to the heaviest ones first.

Exhausted and settled into the car, she would take out some juice that she would have picked up and insist that we drink that first before we make our way home. This was a ritual; she would never forget to pick up something to refresh ourselves before we went home.

I regret not having much time towards her last few months

I went back to work in January of this year and with this our CSD trips ceased altogether. When my son who is studying in another part of the state would come on his breaks, I would tell him to take his grandmother to CSD. Together they would go, grandson in the driver’s seat and grandmother in the passenger seat. She would be so happy about it and would sing paeans on what a patient companion he was unlike me.

We lost our mother in May this year. I haven’t gone to the CSD since and if and when I go, I know it will never be the same again. The trips to CSD with Mummy were not trips to a supermarket, but were an outing in itself.

If I knew how short our time together was, maybe I would have gone to the CSD more often, not asked her to hurry up and rushed home to attend to something or the other. Maybe instead of being completely objective on my visits, I would have relished the visits a bit more, spent some more time looking at the shelves with her, made some detours and maybe taken her for that masala dosa that she loved.

Image source: a still from Shararat

Rakhi worked with the corporate sector for more than two decades. She then left her job to pursue a full time MA in Public Policy & Governance from Azim Premji University. She is currently working read more... 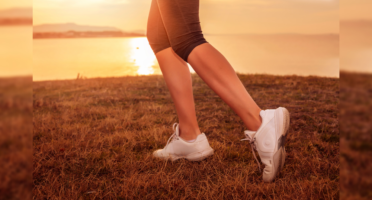