In a world where every perfect love story is heterosexual and every ideal protagonist is straight and cis, Namrata constantly feels as if she is a side character in her own story.

Mismatched Season 2 (2022) might be an easily forgettable web series. However, it still brings out a very important theme of female homosexuality in India with the story of one of the characters, Namrata (Devyani Shorey).

Here are a few things that a lot of homosexual women India, just like Namrata, might have experienced in their lives:

Growing up, most lesbians try really hard to ‘change’ themselves and ‘fit in’

Namrata is someone who grows up thinking she isn’t ‘normal’ and thus, tries really hard to fit in. However, no matter how many attempts she makes to act like the girls around her, she is unable to do the same.

For instance, she gets her female dolls married to each other without thinking it to be something unnatural (one reason why I never bought Kens for my Barbies as a child), and doesn’t really develop feelings for men.

“If I was homophobic, I wouldn’t have been friends with you.”

“Is there a way for you to know who is normal and who is like you?”

“Just because I danced with you doesn’t mean I’m going to sleep with you.”

These are a few statements that most lesbians might have heard at least once in their lifetime. The problem with them is that they are usually spoken to belittle homosexual women.

Namrita, just like many of us, is indirectly told by her peers that she isn’t the same as them. What’s more is that the insulting remarks made to humiliate her are uttered in such a subtle manner that it gets difficult for her to call them out. Thus, she is simply left feeling miserable and helpless.

Feeling like a side character in your own story

In a world where every perfect love story is heterosexual and every ideal protagonist is straight and cis, Namrata constantly feels as if she is a side character in her own story. It is, after all, not easy for a homosexual woman to enjoy a main character moment when the world doesn’t even accept her.

Living with a constant fear of being abandoned by your partner

It takes time for Namrata to start trusting people again after she is outed as a lesbian in front of her course mates. Because of that, even when she does find someone she shares romantic chemistry with, she finds it difficult to believe that that person is in her life to stay.

Her fear of abandonment is further brought out when her family finds out about her sexuality and she, instead of seeking help from her partner, Ayesha (Priya Banerjee), starts believing that her relationship is about to end soon.

Namrata, like many other lesbians in this world, has to make peace with the fact that even if she finds acceptance in society, she won’t ever find the same at home. In fact, her mother asks her to lose all her hope when it comes to her father changing his heteronormative mindset.

Namrata’s situation with her family explains that homosexuality, especially lesbianism, is still an alien concept in a lot of Indian households. 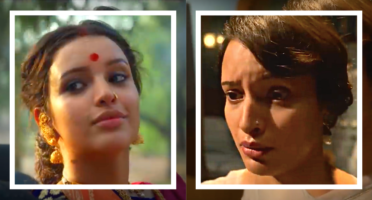 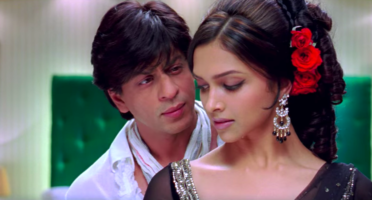 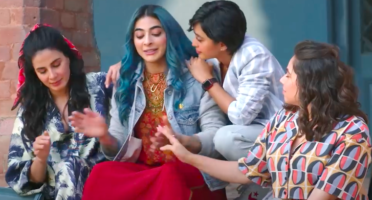