Miranda House college in Delhi allegedly faced a break-in in broad daylight, with mass cat-calling, sexist chanting, groping and molestation by a group of unidentified men, during their Diwali celebrations on 14th October 2022.

In a terrifying turn of events, as reported by various media outlets including, students of the well-known Miranda House college in Delhi allegedly faced a break-in in broad daylight, with mass cat-calling, sexist chanting, groping and molestation by a group of unidentified men, during their Diwali celebrations on 14th October 2022.

These men were reportedly captured on camera scaling the campus walls and gates to break into the event organized by the all-girls’ college.

Several people present on campus have taken to social media to circulate multiple videos of the happenings. Around 30 police personnel were present on scene, but it took a long time before the crowd could be brought under control.

Many on social media and news outlets have stated the men who broke in are students of Delhi University, since they were seen screaming “Ramjas ka naara hai, Miranda poora humara hai” (It is the Ramjas’s slogan, that Miranda is all ours”.)

After a group of unruly men climbed the boundary walls to break into the campus— acrowd blocked the main gates. Witnesses reported that the miscreants were threatening a complete blockade, where no one would be allowed to get in, or come out of the college unless they were “let inside”.

According to the same report mentioned earlier, the event was cancelled, and the stalls had to be wrapped up. Students recall feeling “unsafe” in their own campus.

However, the official statement from the principal mentions that no sexual harassment cases were reported so far. And the police mentioned that the fest remained “incident-free”. This is in direct conflict with the personal narratives of the girls on campus.

Naturally, the ones looking to dismiss the claims get a free bonus served on a platter to accuse the victims of spreading false information. So many girls reporting their experience of trauma can’t possibly be lying. Right?

But this is not the first time

A very similar incident was reported from Gargi College in 2020. The girls alleged mass sexual harassment when a large group of men broke into their college on the final day of their annual college fest, Reverie. It was estimated that around 200 intruders had barged into the campus that day. Other women’s college events too have reported such harassment.

How can we blame the Indian mentality here, when women in nations like Spain faced the same trauma?

In what appeared to be an organized and choreographed “ritual”, 100 of students of the all-males’ Catholic ElÃ­as Ahuja college in Madrid hurled sexist abuses from their window towards the female residents of neighbouring all-girls’ college Santa Monica, as part of a “traditional” practice.

Well, in a swift reaction to the Elias Ahuja college cat-calling case, the leaders of the nation, including the Prime Minister condemned the episode as “macho, inexplicable, unjustified”.

The leader of the group was already expelled, and an investigative board was set up by the college. They assured women that disciplinary measures would be introduced to make sure that sexist behaviours of this nature are not tolerated.

Shifting back, the scene to India

The silence is deafening.

The lack of acknowledgement of the problem.

Ignorance is bliss? Surely not when you see men going wild while trying to get inside an all-women’s college.

The principals of these colleges are left to fend for themselves when the entire security system collapses time and again in the face of such harassment. We have the Delhi Commissioner of Police stepping in, but the statements that the principals had issued on both these events are oddly very close to each other.

Is this similarity merely a co-incident?

Delhi Police has registered a case against these unidentified men under IPC 354D (stalking), 509 (outraging modesty of a woman), 448 (punishment for house trespass), and 34 (common intention). They have assured that an investigation has been launched along with the cooperation of the college board, including the principal and the students.

The Chairperson of Delhi Commission of Women, Swati Maliwal used her Twitter account to share images of the enquiry notices that has been sent to the Deputy Commissioner of Police, and to the principal of the college. Following the event, a subcommittee has been formed by the institution to revamp event organizing procedures and to introduce measures to make it safer.

It is no longer about curiosity, or hormones

A fuming young rationalizing mind would attribute such hooliganism to multiple factors.

Maybe they were curious to see what goes on inside an all – women’s college? So maybe just ask? Maybe their hormones were racing having seen so many girls at one place. Seriously?

Witnessing this kind of behaviour, you come to realize that at the root of this issue is the idea of power — to establish dominance over the other.

The act of demeaning and chanting how women of one institution belong to the men of another college under the same university reveals a problematic thinking. Across decades, the same hate crime against women has been being rampantly committed across campuses.

The idea of an autonomous woman still hurts male ego — hence, they have to ‘belong’ to the men. The undisguised objectification of women and reducing their existence to a mere commodity that should “belong” to someone is an idea that sprouts from the bulb of patriarchy.

We are no longer agitated, but terrified

It is sad that incidents like these do not manage to agitate, or anger, young women like us any more. It terrifies us. Just like how you know that no part of you would be spared if you fell in front of the hungry tiger. The sentiments are the same. “You know, it’s just Delhi.”

Exactly. It is Delhi, the capital city of the country. It houses the most important institutions of Indian democracy. Yet, it is infamous in terms of the incidents related to rapes, harassment, molestation, cat-calling– basic safety of women. To top it all, victim-blaming is still the mindset of the population. You ask how?

In the twitter post that circulated the videos, there are accounts that find the phrase “gendered minority” used for women to be more problematic than the contents of the videos.

Register at Women's Web to get our weekly mailer and never miss out on our events, contests & best reads - you can also start sharing your own ideas and experiences with thousands of other women here!
sexual harassment 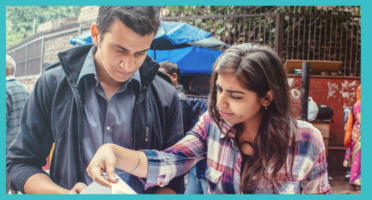 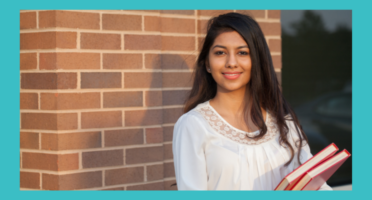