Bobby grew repentant, remorseful. Confessing that her innate craving for happiness and stability had weakened her, she promised to turn over a new leaf.

This is the sordid tale of an innocuous woman who, like the multitude of her sisters (read: quintessential Indian women) was abandoned battered by fortune’s blows, suffered silently, was tempted to stray but ultimately was salvaged by some Good Samaritans who happened to cross her path.

I write this since saga intertwined with my life and many of the dramatis personae are dear to me.

Rewind to about 40 years ago The lady in question, Bobby Hazra (name changed) hails from an obscure village in Burdwan district of West Bengal. A school dropout and married at 18, she remained issueless. This was the reason why her spouse physically abused, and finally abandoned her. For survival she began looking around for a menial job.

This is where my family came into the picture

My uncle (dad’s brother) lost his wife around that time. The household was in pandemonium. My aged grandma and three girl cousins (aged between 7 & 17 years) were unable to run things smoothly. Domestic help was the need of the hour. Rabi, one of uncle’s cronies wanted to help out. Being slightly acquainted with Bobby, he recommended her.

Mysterious are the ways of life and the world.

As Bobby gradually began to settle down in the household, my uncle conceived some kind of passion for Bobby. He was a lonely widower and desires of the flesh are hard to suppress. Though nobody ever saw them in an obscene or compromising position, yet it was palpable that something was in the air. Their secret liaison (?) was discovered by grannie who thoroughly disapproved. But uncle was not amenable to reason.

Alarmed, grannie summoned her other children (my parents included) to our family home. The siblings went into a huddle. Brainwashing sessions began.

Uncle – a PG degree holder and a central govt employee – was given the option of selecting someone else whose stature matched his. On her part Bobby was made to realize the stark difference in their social status. Due to the disparity the proposed partnership was bound to be disastrous. Moreover the reaction of the daughters also needed to be considered.

Bobby grew repentant, remorseful. Confessing that her innate craving for happiness and stability had weakened her, she promised to turn over a new leaf. The crisis blew over, but a permanent solution was needed.

A lawyer who was consulted, opined that since Bobby’s was a religious marriage sans any documentary evidence, and she was subsequently abandoned, no legal hassles were likely to arise in case Bobby chose to remarry. My parents began searching for a suitable groom, finally zeroing in on Mihir a distant cousin of mine. A bachelor, he was an employee of a reputed bicycle company in Ludhiana. So implicit was his faith on my parents that her tragic past notwithstanding, he consented.

In May, the following year, Bobby and Mihir privately exchanged vows in an Arya Samaj temple. Two years later a baby daughter was born to them… and life went on. Isn’t it heartening to note that a hapless, listless soul finally found a home and Bliss? 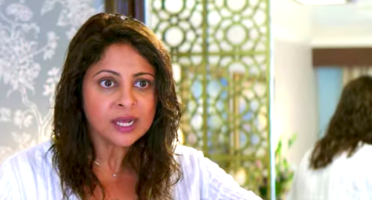