Celebrating The Release Of Bilkis Bano’s Rapists Shows That Our Society Has Utterly Failed Women!

Who is now answerable for the numbness that Bilkis Bano and her family must feel now with respect to her security and of her entire family?

India celebrated the 75th Independence Day on 15th August 2022. Like every year, I joined this grand celebration when I was glued to my TV screen, soaking in all the patriotic flavor and feeling immensely proud to be born in this holy land of Bharat.

When the country’s Prime Minister emphasized that the need of the hour was to respect women, I felt hopeful for a better tomorrow for women.

I am sure, like me, many Indian women would have had a smile on their faces during this moment because this is what we, as women, fight on a daily basis. Be it our homes, or the professional setup, women have to make an extra effort to make their presence felt and be respected for their contribution!

But, soon the smile faded when we all witnessed the 11 convicts in the infamous Bilkis Bano gangrape case being released under the remission policy of the Gujarat state government! A shiver run down my spine when I saw them being garlanded and their release being celebrated by a certain section of society!

This has put a lot of questions in our minds

I mean, when we celebrate the release of convicts of gang rape and murder, what kind of message do we send to society, to lakhs of women of the country, who even today say a prayer when they reach home late, safely?

What happens to the famous ‘Beti Bachao, Beti Padhao’ agenda of protecting the daughters of the land?

How can we be sure that the convicts were ‘remorseful’ of the heinous crimes, enough that they were released under a remission policy?

Were the implications that this precedence has now set examined, as accused in other rape and murder cases might just ask for remission on similar grounds?

Was the moral aspect of garlanding men who conducted such barbaric activity on a mother justified?

This is celebrating inhumanity

In India, we worship our mothers. So what happened when a young mother was being raped? Humanity died a little death.

They are just prey in the eyes of lustful predatory men ready to pounce and scar a woman for a lifetime. Even when they are burqa-clad or wearing a saree, they can be molested!

Does this very act of celebrating the release, not dilute the gravity of the crime conducted by all of them?

What right to safety and dignity do women have then?

When we, as a society celebrate our freedom as a nation, what kind of freedom are we guaranteeing our women with such acts?

Who is answerable to numerous questions that women have with respect to their safety today?

Who is answerable for the numbness that Bilkis Bano and her family must feel now with respect to the security of her life and her entire family? Certainly, without an ounce of doubt, we as a society have not only failed Bilkis Bano but the entire women population.

Is this, the future of India, that we dream of? Please look within and try to find an answer.

The woman in me screamed after seeing the released smile while being fed sweets and the poet in me revolted. The below poem written by me on my Twitter handle is a protest, a condemnation, and a sign of enraged outcry, all rolled into one.

As the dark night receded
she lay there on the ground
a life in her womb
withering away with time
waiting silently for years
her eyes searching
her soul screaming
her fragrance still intact
who threw her to the ground?
who maligned her without a doubt?
they said we know your pain really?
she questioned, she questioned us all!
mockery of justice, as they casually excused the vice…

Author of two books - (First - FivePetals; Second - Heartfelt symphonies both available on Amazon), Chinmayee Gayatree Sahu completed her MBA in Marketing and went on to join the Corporate World. She worked as a Product Manager read more... 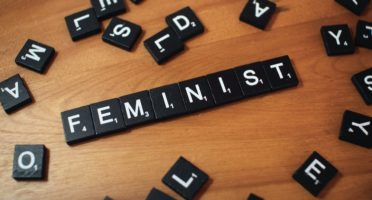 Pseudo Victim Mentality Is A Blow To Feminism And Needs To Stop! 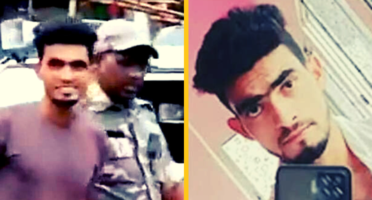