Her maiden name was her identity. It gave her a sense of belonging. She was born into a family which she loved and cherished, and to bear the name of that family was certainly a privilege.

She was always aggrieved by the term ‘maiden name’.

She never changed hers after she got married. People asked her why she hadn’t adopted her husband’s surname, why the need to retain her maiden name?

Her maiden name was her identity. It gave her a sense of belonging. She was born into a family which she loved and cherished, and to bear the name of that family was certainly a privilege. She did not care for societal norms. She did not understand why a woman had to change her surname and adopt a new identity after marriage.

Her surname was never an option

It was also beyond her, when she had her children, as to why her maiden name was almost unapproachable. As if it did not even stand a chance in her children’s official, legal names. Doesn’t matter that it was in her womb that they grew from cell to cell.

It didn’t matter to anyone that it was her who brought them into this world after many long hours, her body undergoing tremendous transformation. What mattered was their father’s surname.

She only had patriarchy to thank. She sometimes wondered whether she should have suggested a double-barrelled surname for her children, but the thought of them writing out a long full name didn’t sound very encouraging to her.

What did maiden even?

Giving it more thought, she had a problem with the word ‘maiden’ in itself.

To her, it signified a sense of helplessness, dependence and subjugation. It indicated to her that her family name was not actually hers. It first belonged to her father, it will then belong to her husband.

She was the disrespectful one

It made her furious that one marriage ritual involved; even her first name changed along with her surname. She blankly refused to partake in such a ceremony because it was not just meaningless to her, but also disrespectful.

It was another matter that her refusal was in fact considered disrespectful. Oh, the irony!

Patriarchy shaped everything around her

Sometimes she wonders. When she thinks too much about the patriarchy and its impact on her life. The maiden name being just a tip of the iceberg, for the roots of patriarchy ran much deeper.

They manifest in societal norms and mores that people are just expected to follow. If you raise your voice against certain practices, then you are of course to blame. This is definitely true if you are a girl, oops….a ‘maiden’ they mean.

Somehow, ‘maiden’ reminds her of a damsel in distress.

Perhaps literature and the media as a whole can be partially blamed for this. Images of helpless young women in need of rescuing. It is really amazing how our thought process can be shaped by the media.

The heroines of Jane Austen’s novels, from Pride and Prejudice to Mansfield Park, all involve maidens, in search of suitable suitors. Don’t even get her started on the fairy tales of The Sleeping Beauty, Rapunzel, Snow White and the Seven Dwarfs and of course Cinderella.

Does a maiden really need rescuing?

This image of always being vulnerable, in need of male protection and rescue made her very uncomfortable. She was brought up to be a strong woman and when the world around her started treating her differently only because of her gender she was at first confused and then seething with rage. Quiet rage.

“What’s in a name?” people often asked her.

Much ado about nothing? Her decision was never accepted easily. It was always as if she had to justify her choice of retaining her maiden name. She wondered whether she was the only person who thought like this.

How come her mother and grandmother were okay with this kind of societal mandate. Oh, They tried! They tried to make her agreeable, to get her to conform to the demands of the patriarchy. But she would not have any of it.

It was funny how this maiden name got so much importance in day-to-day life. Even her password security questions had one question about her mother’s maiden name. As a matter of principle, she never selected that question, even though nobody will really know.

However, she felt that by doing so she would somehow betray her own self, her beliefs and her thoughts.

Does she call herself a feminist? Not entirely, no… But there are certain aspects of societal norms that she feels are entirely initiated and maintained by the guards of patriarchy. It amuses her to no end  that these are Women themselves.

When they settle with patriarchal bargain

These are women who have been socialized from a very young age to accept and adhere to the often ridiculous notions of patriarchy. Assimilating is one thing, but then trying to brainwash other women into it ? Now, that was the problem.

She says she can see that happening around her — how the male members get away with murder whilst female members have to justify each and everything they do, constantly walk on eggshells, put their needs on the back burner always and on and on and on. But she digresses.

But hasn’t she warned you that the maiden name was just a tip of the iceberg? It has acted as a trigger, ruthlessly unearthing layers of trauma that she has incurred as a result of the patriarchy  — that she has been forced to live with and falsely respect throughout her life.

So what does she do? She tries to control aspects of patriarchy that she can. Nobody can get her to change her maiden name, for example. And in asserting that right, she feels that she has won. It may be a small win, but a win nevertheless.

Snehal is a freelance writer and poet based in London with her husband and two young children. Her writing primarily reflects her motherhood journey, memories of her own childhood and the essence of everyday moments. read more... 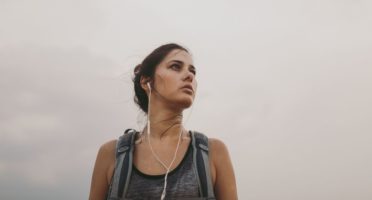 Dear Parkinson’s, Here's A Surprising Thank You Note For You