Why Are Indian Ads Still Stuck To An Outdated Definition Of Family?

When the Indian family is becoming more diverse than ever before, why do ads still stick to the same old stereotypes of who makes a family?

We live in an era of evolved advertising. We are constantly bombarded by advertisements, be it on television, newspapers and social media etc. The advertising world is driven by an overwhelming use of visuals that overwhelm and impact the viewer.

Thus, it becomes important to make sensible content catering to all kinds of people; content that will help viewers embrace diversity and inclusion.

The tried and tested happy Indian family trope in our ads

Aren’t we all bored to death of the typical ‘happy family’ advertisements  pandering to Indian families? Aren’t we tired of ads that typically always show a supremely peppy and happy mom, dad, and two kids – a brother and a sister?

In reality, however, the idea of the ‘typical’ family consisting of four members is changing. Many couples today are content with a single child in their lives and some couples are even living “childfree”.

Also, the percentage of single parents especially single mothers is consistently on the rise, both in India and in the world. And the number of single mothers and single fathers has also soared. So why is this pre-set notion of the ‘happy family of four’ still largely existent in advertisements when it’s fast becoming irrelevant?

It is crucial to not ignore the impact of advertisements on children for they are influenced by the content and visuals that they are exposed to. Advertisements are proven to make children feel inferior if they don’t possess the things being advertised.

In this post-covid era where schooling has gone online, children accessing the internet cannot be avoided. In such a networked world, we do not want the single child or the child of a single parent to feel inferior to other children. This may have a long-lasting corrosive impact on their emotional well-being and harm their self-esteem.

Single parents and kids with no siblings are often subjected to peer pressure by their friends, relatives, and society in general. They are looked down upon for not conforming to Indian societal and familial norms.  To make matters worse, we have advertisements on different media platforms which only fuel this fire. These stereotypical advertisements are not doing anything to improve the scenario. On the contrary, they only validate old-school ideas which need big-time reform!

We talk about a lot of ideas, but we fail to act upon them. We continue living in a bubble and are happy complaining and passing the blame onto others. No brand dare walk the talk and reflect familial or social realities.

Brands must wake up and show diversity and inclusion in their ads!

There is research that suggests that advertisements make us feel that we’re not good enough as we are. Why do advertisements always portray the ideal, and not the reality? It’s high time we call out brands for their non-inclusive sensibilities and values, for it’s our duty to do so as responsible consumers.

It is the responsibility of brands to embrace inclusion and make sensible content catering to people coming from different family backgrounds. Brands must also consider the emotional well-being of today’s children.

The trend is slowly changing though. There has been a slight positive shift in the advertisement industry and it has started speaking about social issues like racism, religious divisions, etc.

But why are we still lagging behind in the portrayal of family structures in advertisements which has an impact on the mental health of children? Isn’t it an equally important social issue? When are we going to wake up and decide we need to create a better world for our children?

Let’s act before it’s too late and start making noise for the right reasons. This is an appeal to all the filmmakers, ad makers, and media persons. Let’s make a small but important change with a touch of love in these children’s lives who are the change-makers of tomorrow.

Register at Women's Web to get our weekly mailer and never miss out on our events, contests & best reads! Or - get a couple of really cool reads on your phone every day - click here to join our Telegram channel.
inclusionmental wellness

Sukanya Raghunathan is an educator in management and personality enhancement. A mother of ten-year old girl, she also teaches carnatic music and her hobbies include singing, playing keyboard, reading non-fiction, painting, and doodling. read more... 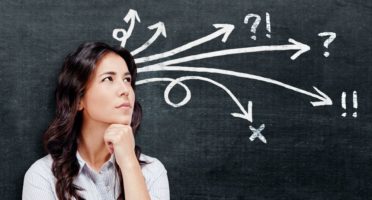 Freelance Or Full-time? Here's My Personal Experience To Help You Decide