It is necessary to drive the point home that while women bear the consequences of unwanted pregnancies, it is men who are responsible for the pregnancies and should take accountability to prevent them.

The US Supreme Court, through the landmark Roe v/s Wade judgement, had protected the liberty of a pregnant woman to choose to have an abortion without excessive government restriction.

With the Supreme Court now voting to strike down the 49 year old decision, the state is once again denying women the right to take decisions which impact their bodies and their lives.

The “Pro Life” faction argues that life is sacred and therefore abortions must be disallowed. Despite all the emotional and physical trauma that a pregnant woman might go through on account of an unwanted pregnancy, they argue that the life of the foetus is more important than any suffering that the woman might go through, and so abortions should not be allowed.

Men really don’t care, and must be held accountable

Let’s unpick that – Why do women get pregnant?

Women get pregnant when men ejaculate inside them. Sometimes, the ejaculation is consensual, but when the man ejaculates despite the woman not being physically, financially or emotionally ready to become a mother, he causes an unwanted pregnancy.

Simply put, the best way to stop unwanted pregnancies from happening is for men to stop ejaculating inside women without their consent. This can be done in either of two painless ways- the man can either use a condom, or pull out before ejaculation.

If preventing an unwanted pregnancy is as simple and painless as using a condom everytime you have sex, why then do all men not use it, except when they are trying to get pregnant?

That is apparently because condoms marginally reduce the pleasure of sex and men do not want to compromise on that. So essentially, when a man has sex without a condom, what he is saying is that for a few extra moments of heightened pleasure he is willing to risk getting his partner pregnant. Clearly the man is either unaware of the physical and emotional discomfort of pregnancy, the expense of child bearing and child rearing and the opportunities his partner will miss out on because of motherhood- or, he just doesn’t care.

Essentially, therefore, by causing an unwanted pregnancy, the man is saying that he chooses a few moments of pleasure over something that will adversely impact the entire trajectory of his partner’s life. Yet, by not focussing on ending unwanted pregnancies, the “Pro Life” lobby enables such men to get away, and instead punishes the woman who is already a victim of the selfishness and irresponsibility of the man.

If a woman doesn’t want to get pregnant, why can’t she use birth control, the “pro lifers” may ask.

More women would certainly use oral contraceptives if they didn’t have a long list of harmful side effects, ranging from nausea and headaches to weight gain and unnatural pigmentation. For lack of a better alternative, women who lead a regular and active sex life may still consider using oral contraceptives. However, it requires daily use and does not allow any disruptions and therefore is not always fool proof.

More importantly, given the fact that it needs to be taken daily, and has a long list of side effects, oral contraceptives do not make much sense for a woman who does not have a regular sex life. You cannot simply pop a pill the morning before you are intending to have sex, and expect it to work- you should be taking it regularly so it syncs with the natural ovulation cycle. While there are emergency contraceptive pills which can be had after an unexpected ejaculation, the efficacy in preventing an unwanted pregnancy is low. These are best used only as a fall-back option in case of failure of other contraceptives.

Other birth control measures which act as physical barriers to the passage of semen also make sense only if the woman is leading an active sex life. More importantly, since most of them can be used only under the supervision of a medical practitioner, it is extremely hard for an unmarried woman to brave societal judgement and access them.

Condoms the best bet, but men get away scot-free

Condoms, thus, remain, the most foolproof and easiest way to prevent unwanted pregnancies. If we are serious about stopping abortions, the best way is to promote the use of condoms.

When we know that the use of condoms prevents unwanted pregnancies, why then is its usage not more widespread? The simple reason is that it requires men to take action, but the consequences of an unwanted pregnancy are borne entirely by the woman, not by the man, so there is no incentive for him to take precautions.

Unless the couple are in a relationship, the man may not even be aware of the fact that his irresponsible ejaculation caused a pregnancy. While an unwanted pregnancy can wreck havoc in the life of the woman, the man does not face any consequences at all. It is the woman who suffers the physical trauma of pregnancy and an abortion. If she is forced to bear the child to term, she needs to put up with the physical discomfort for nine months or face an abortion, it is her lifestyle that is curtailed and she who is judged. She bears the pain of childbirth, and once born, she faces either the emotional trauma of putting the child up for adoption or ends up having to build her life around a newborn child.

During all this, the man who has contributed 50% of the DNA may not even be aware that the intercourse led to a pregnancy.

Vasectomies are safe, but again men have ‘mardaangi’ issues

Since men seem unwilling to use condoms, is there any other way to prevent irresponsible ejaculations? The simplest way is through mandatory vasectomies as soon as a man attains puberty. Vasectomies are safe, reversible (yes, they are. Check this out), and have virtually no side effects except soreness for a couple of days. It is certainly much safer than oral contraceptives with a wide range of side effects, and pregnancy with all the attendant physical and mental trauma.

When a man is ready to have a baby with his partner, the vasectomy can be reversed, and redone once the child birthing phase is over. By preventing 100% unwanted pregnancies, this can virtually eliminate abortions. While there will certainly be men who complain about the sheer number of “unnecessary” medical procedures this will entail, isn’t it is much better than unwanted pregnancies and all the attendant physical and medical issues associated with it? What about the “unnecessary” abortions women will face?

Seeking a ban on abortions is extremely easy because it involves policing women’s bodies and their choices- something society has been doing for generations. What is much harder is finding a foolproof way to prevent unwanted pregnancies. It is necessary to drive the point home that while women bear the consequences of unwanted pregnancies, it is men who are responsible for the pregnancies and should take accountability to prevent them.

If people genuinely want to prevent abortions, the conversation must shift from restricting what a woman can do, to holding men accountable.

None of the birth control options available to women is fool proof and/ or safe, but both condoms and vasectomies are. Before telling women that they cannot have abortions, lawmakers should focus on men and on preventing unwanted pregnancies.

As the joke goes, if men got pregnant, abortions would be available in ATMs. Once men are held accountable for unwanted pregnancies, new and better birth control will certainly be developed, and the number of abortions will fall drastically. All it needs is for men to be held accountable. 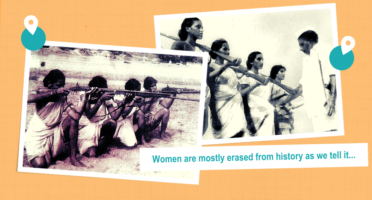 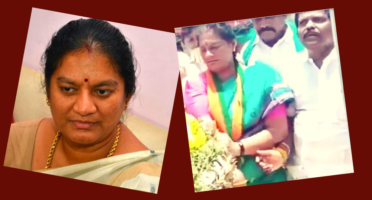 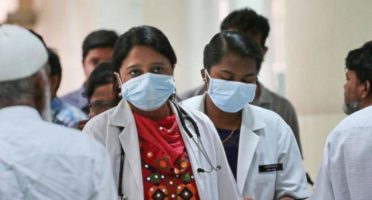 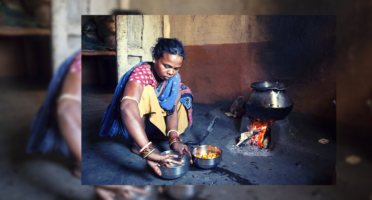 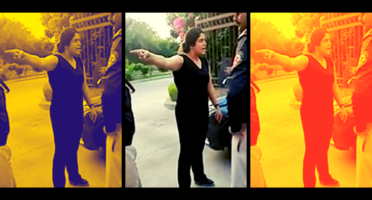 Abusive Noida Woman Case - Why Are Women Held To Different Standards Than Men? 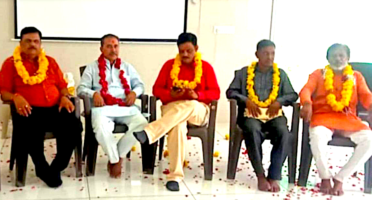 We're Silent Over Release Of Bilkis Bano's Rapists, Unlike Our Outrage Over Nirbhaya & Disha - WHY?!