When men rape the women of the enemy nation they have a sense of satisfaction since they think that they have fiddled with the pride and honour of their enemy.

When two countries are engaged in a war women suffer more than the animals of that country.

During wars, women are asked to be more feminine during sexual intercourse with their husbands in order to remind their husbands of their masculinity and strength.

Men use rape as a weapon of war. Soldiers justify sexual violence on a woman as it boosts their morale and reminds them of their masculinity. When men rape the women of the enemy nation they have a sense of satisfaction since they think that they have fiddled with the pride and honour of their enemy.

‘Boys will be boys’

When kids are born, they are gendered, just like we were labelled as females the moment we were born with a ton of relatives calling our parents sympathising “betian konsa beto se kam hoti hai?” (daughters are not less than sons).

Whereas if a boy is given birth the philosophy of “boys will be boys” is reiterated. This is where the masculinity in a male’s life begins and this masculine figure then starts believing that showing their masculinity in any possible way is legitimate since their acknowledgers are we the society! One possible way to demonstrate this masculinity is through waging wars and reinforcing supremacy over the others, especially women!

Men wage wars – so is war a masculine idea? If yes then what impact does it have on the women?

War is fought by men, between men, to reinforce supremacy over other men! But why is it so that only men want to do such a thing?

Reaction formation in simple terms means that when a person is anxious and in conflict with something.. he tries to respond in an opposite manner that is too very extreme. For example, if a person has been made to believe since their very childhood that sex is ‘evil’, whenever feelings of sexuality in them arise they start to become very defensive by dressing and behaving in very puritanical ways and perhaps they even join organised crusades against sex in the media. The implicit principle seems to be that “the best defence is a good offence”. A quotation from Shakespeare’s play Hamlet captures this idea, ”the lady doth protest too much methinks”.

This inferiority complex developed a warrior ethic in men since time immemorial. In pre-Ashokan elite culture, hyper-masculine virtues were eulogised and still are! Just look at Russia and their hyper-masculine president! In the Rig-veda the god of sky, rain and thunder who is strong and violent is also the god of war. With his Ojas, a Sanskrit word signifying both physical strength and power to dominate, Indra pulverises rivals. ‘Real men’ take Indra, the most important Vedic god as their role model and try to be equally masculine. Since then men have waged wars and other populations have faced the brunt of it.

A recent example – the war on Bosnia

Let us take the example of the Bosnian war to analyse how men showed their masculinity in every aspect that they could. Sue Lloyd interviewed the Bosnian women and wrote about them in her book The War on Women.

In her writings, she delineates how women were stored in ‘rape camps’. Where we have refugee camps in a world full of wars for men, we find rape camps for women as the victims of the same wars. The word ”store” intends a pun on how women are looked upon as something to be stored just like objects being stored in a storeroom and how when soldiers came to pick and choose the women they wanted to rape, stepped on them deliberately as they walked around. Many of the younger rape victims were raped to death as their underdeveloped bodies couldn’t stand the repeated abuse. Thousands of women were raped.

What effect does rape have on the tens of thousands of women?

An American feminist Andrea Dworkin writes that a person’s struggle for dignity and self-determination is rooted in the struggle for actual control of one’s own body, especially control over physical access to one’s own body. Bosnian rape victims repeatedly talk of feeling defiled, dirty and humiliated.

Sadeta, a then 22-year-old, who had been raped by Serbian troops in her village of Rizavanovici, throws a terrible insight into rape as an act of war. She says, for the soldiers, “killing women isn’t interesting enough for them anymore. It’s a lot more fun to torture us, especially if they get a woman pregnant. They want to humiliate us… and they have done it, too. Not just in my case, either, all the women and girls feel humiliated, defiled, dirty in some way for the rest of their lives… I feel dirty myself somehow. And I feel as though everybody can see it when they pass me in the street.”

This happened in the 1970s, not long ago. Currently, we have the Russian-Ukraine conflict going on and the world is completely oblivious to the plight of women in the conflicted zones. Is it because women are asked to stay quiet in order to save the ‘honour’ of the family?

It is high time we realise war is not the solution to every conflict that arises between two enemy nations, and fiddling with women’s bodies and dignity should not be required to win wars! 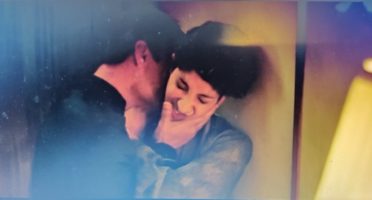 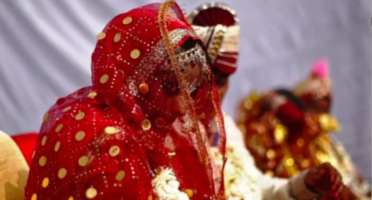