Patriarchy puts women at the bottom of social hierarchy, and capitalism uses this hierarchy to build its riches, even if all women are not equally affected.

Patriarchy and capitalism can not be envisaged without each other, and if unfeasibly they could, it could implicitly be considered that the former catalyzes the latter or vice-versa.

In her novel, The God Of Small Things, Arundhati Roy has very efficiently shown both the concepts with an underscore of ecofeminism.

It is a very capitalist strategy to exploit resources to the fullest, and then if this very model of capitalism is in crisis, it calls upon women to serve the patriarchal needs either on low wages or completely free of cost, like the often invisible and unpaid labour they do in homes.

When these needs are fulfilled, women are asked to go back to their ‘normal place.’

Women experience this exploitation differently based on their identities

Patriarchy and misogyny are used to build up capitalism and also violate all women. But the major question that arises here is whether all women could be compared along similar lines?

Are all women the same and face the same problems, or does every other identity/group have its battles to fight? Although we cannot put all the women under the same roof, many activists have put them under the same umbrella.

Vandana Shiva considers eco feminism a very homogeneous concept. But is it really a homogeneous concept? Identities like Dalit women, Savarna women, Black women, white women, tribal women, trans women, women marginalised by social concepts of class, and others- all these are affected very differently, even though they share a gender identity.

The expectation that women be, and behave a certain way

In post-colonial India, not only nature but women were exploited too. The very intent of men was/is to control both nature and women, the sustainers of life.

Rudimentary rights against rape were given in the year 1972 after the very infamous Mathura Rape case of 1972, wherein a tribal girl was brutally raped.

This society does not authorize women from lower social hierarchies or even from the upper ones, for that matter, to seek the answers they might not know, to question the higher authorities, to seek their rights or even to speak.

For instance, on February 3, 2022, Mahua Moitra, while delivering her speech in the Lok Sabha, was blatantly asked by the Chair of the Lok Sabha, Rama Devi, to speak less aggressively and a bit more politely.

Is this because society can not accept a woman’s outrage against the ongoing politics, which is again a weapon to subjugate, dominate and control women?

Are capitalism and patriarchy both the villains of feminism?

Charlotte Bronte’s novel, Jane Eyre, which teaches women to reaffirm their rights even when they are not from higher social hierarchies, is a good example of how to reclaim our rights and voice.

She reinforces the ideals of the French Revolution, namely, Liberty and Equality, and reminds every other woman to not put them at stake whatever the condition may be.

Binaries are always problematic, whether in the case of gender or the case of capitalism and patriarchy. The answer to the question put forth previously is both and all!

Binaries are mainly set to establish the power of the powerful and subjugate the weaker, in this case, women and nature! Mother Earth holds us like a mother and feeds us like a mother, yet we do not take a step ahead to conserve, protect and respect the feminine powers guiding us.

Capitalism and Patriarchy may suppress femininity and womanhood, but we never know when the next natural calamity can hit us hard. 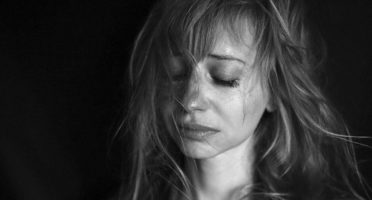