But what respect are we giving the woman? Why is the woman paraded like this by the person supposed to marry her? Why or how was she forced to even perform this heinous act?

Recently I was shocked to read the article about Tehseen Poonawalla where he claims he slept with an industrialist’s wife and the industrialist watched it from far. I felt like vomiting. He claims that he was asked to sleep with this woman before she married the industrialist. This industrialist would watch from far and was not allowed to participate or touch anyone.

Tehseen speaks about this boldly without any shame or remorse. Every newspaper is writing about it.

What about the woman in question?

But what respect are we giving the woman? Why is the woman paraded like this by the person supposed to marry her? Why or how was she forced to even perform this heinous act? How could she be compelled to marry this sick minded industrialist after this? And what gives Tehseen the right to reveal this at all? Why are we as society not banning or condemning Tehseen?

It is so hurtful to see how women, irrespective of anything else in their lives, are still being showcased as puppets and sex objects.

Tehseen shockingly claims he was trying out sex acts with her while this industrialist watched from far. I am stunned and saddened. The poor woman must have been so helpless as her body was paraded around like a showpiece. I feel horrified that we live in this society where a shameless and sick person like Tehseen is allowed to come on a TV show and is also considered a person whose opinions are listened to. It shows we still have no respect for the woman and her mind and body – the casualness with which he spoke about it is proof.

This seems to be happening everywhere

It reminds me of another incident I heard about where a famous jewelry businessman shared his wife with his brother for sexual favours. It was so sad as they all come from very rich families. This woman luckily fought back and got justice. But it again raises this question – what is the use of the education of such sick men when they treat women like toys and feel they can do whatever they want with them? We need to fight for each and every woman and treat their bodies with respect. They are not toys. They have feelings and emotions. They are sacred. 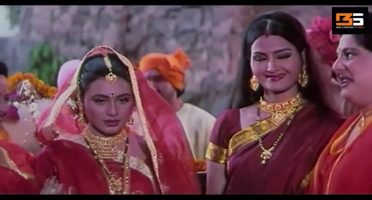 No... We Should Not Give Dowry. Period