The biggest achievement of patriarchy has been convincing generations that marriage is necessary. People ask what I'll do if I don’t marry! As if marriage is the sole purpose of our lives & the ultimate destination to be reached.

Everyone wants the fairy-tale ending – with a prince charming, a beautiful dress and a perfect wedding all wrapped up with a shiny bow of patriarchy on top. As a 20-year-old I have noticed the society constantly conditioning me into thinking that we are not complete without a significant other. That we need their presence in life to be whole. The institution of marriage since time immemorial has played a huge part in enslaving women, to bind them in shackles of ‘duty’ and thus have control over them.

For centuries, marriage has been regarded as the ultimate proof of love. No one questions it, no one cares, mainly because now women have a ‘feminist’ choice in it. Like a buffet table of misogynistic alternatives to choose from, the society gives us this ‘choice’ of who to marry, how to marry, what traditions to follow and which to discard. But do these choices make the institution of marriage feminist?

Having the choice to not marry is a privilege in itself…

Simone de Beauvoir in her book “The Second Sex” writes, “Women’s actions have never been more than symbolic agitation. They have won only what men have been willing to concede to them. They have taken nothing; they have received”. Women have received this “choice” from men, it has been conceded to us. And that is why this choice inadvertently continues to cater to men.

Before we address the issue, we must acknowledge that choosing not to marry is not a choice everyone has. The idea that women and their bodies carry the “honour” of the family and the elders (read: men) leaves little to no space for women to even think of such a rebellion. But among privileged homes and societies, where women do have the power and space to do so, we can avoid feeding into this insular institution.

The biggest achievement of patriarchy has been convincing generations that marriage is a necessary part of life!

Marriage will always lead to an emotional, financial and political dependence of women on men. Most marriages end up with the women managing domestic work which is unpaid and unappreciated. It also comes with constant guilt of not ‘contributing’ to the household and thus being seen as less than their significant others. Even if women choose to work after marriage, they are bridled with responsibilities and expectations.

No one in my family ever wants to question why all the fasts and poojas are to be done by women and men have no part in it. I have noticed how families all around us, see these traditions as an obvious part of women’s lives and that is the problem.

The biggest achievement of patriarchy has been convincing generations that marriage is a necessary part of life. Despite being replete with heteronormative traditions, expectations and misogyny, marriage continues to be an inevitable part of our lives.

I am constantly faced with people asking what I plan on doing if I don’t marry!

We must understand that making this ‘feminist choice’ of choosing a partner and marrying them, ultimately puts us in the same boxes that society has always wanted us to be in. Consensually falling under a boot of patriarchy does not negate the misogynistic nature of the boot. This illusion of choice only succeeds in fooling women into believing that this subjugation is feminist.

I am constantly faced with people asking me what I plan on doing if I don’t marry. As if, marriage is the sole purpose of our lives and is the ultimate destination to be reached. What will you tell your parents when they ask you about marriage? This is another frequently encountered question.

As a woman in the 21st century who has learnt basic survival skills and aims to be financially independent, I hope to grow up and make my own decisions. I believe, you can share your life with a significant other without binding yourself in such outdated practices. My parents do not share the same thoughts of course but they do believe in allowing their kids to make their own life choices (allowing me to leave med school for a literature degree surely proves it).

Many of my peers disagree and say this is “too feminist” of an idea, while others understand it and respect it. On one hand I have met people who agree with me on this while I have also seen freshly turned 20-year-old classmates getting married.

However, it would be unfair to blame women for believing that their marriages are different and insisting that their choices are not outdated. Our choices define us, so it is understandable to be defensive about the ones we make, to believe that you are not a part of the universal group think.

But all we need is to introspect. Acknowledgement and understanding are the only ways forward. You can be married and recognize that it benefits the patriarchy. In fact, being a part of the institution allows us to critique it in the best way possible.

We need to understand that marriage even with the most progressive person in the world is still…marriage. 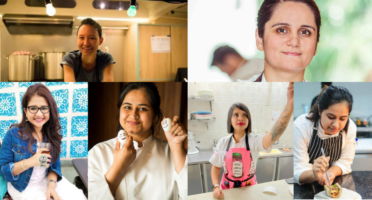 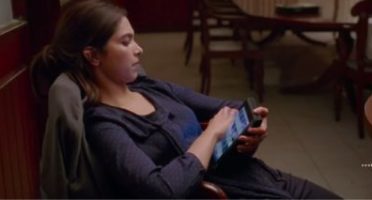 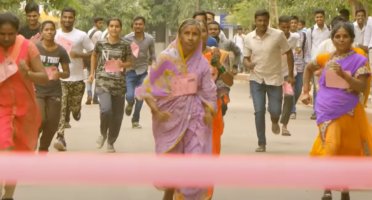