Normalise your son doing chores at home as a step towards a gender equal generation instead of making him an entitled Raja Beta!

Normalise your son doing chores at home as a step towards a gender equal generation instead of making him an entitled Raja Beta!

I recently saw an ad created in 2019 for a major detergent brand, which created headlines during some festival celebrations.

A brief synopsis of the ad: A couple is at their daughter’s home for a pre-festival visit. The son in law serves them tea. Later they see him cutting vegetables and ironing the daughter’s clothes. The mother-in-law considers her daughter blessed to have a husband like that.

Cut to the next scene.

The couple is back home for for the festival. When the mother sees her son’s clothes stained, she asks him the reason. When he tells her he was helping his wife she reprimands him for the same.

The father, looking at all the happenings tells the son to live with his mother at her daughter’s place only. He tells her that when another’s son helps her daughter it’s progressive, but when her son helps another’s the daughter he’s a henpecked husband.

So do you want to change this and make gender neutrality usher in the workplace as well as home? Here’s a simple way how we can do it.

Normalize your son doing his own household chores

Let him put his own clothes for the laundry, fold his clothes, arrange his cupboard. Recall another detergent ad when the mother talking to her daughter asks her why she’s living her job? The daughter tells her mother that she cannot balance her home and office as her husband doesn’t contribute to the household work. That’s when the mother realizes that somewhere she too is responsible as she does all the household work for her son.

Normalize your son loving to cook and bake. If your daughter doesn’t like to cook it’s ok. Teach your son to serve food for him.

Do not stereotype colours/ toys to a particular gender

Pink for girls and blue for boys? Let’s throw out this stereotype. If a boy likes pink, please stop labelling him sissy or girly.

The same for toys. I remember a scene from the web series Mental Hood where a mother returns the gift given to her child by Karishma Kapoor. The gift was a kitchen set given to a boy. The mother returns it as she believes that a cooking set was only for girls. Let us put an end to this toys differentiation.

Teach your girl technical skills and a boy creative ones

Teach your girl technical skills like how to reset a laptop if it stops working in between her work/study. Let’s not assume that some tasks like filing tax returns are skills that the only man only knows. Teach your girl also how to do the same.

Also, a task like changing car tyres is not a gendered task, but a life skill that everyone should know despite their gender.

Normalize a man changing a baby’s diaper, giving a bath, staying up with the baby at nights while letting the mother rest. This is because a child is both the contribution of the mother and the father.

Let your son vent out his emotions

Stop telling him that crying is a sign of weakness. Masculinity is just a prison in which your son doesn’t need to be a prisoner. Release him from the prison of masculinity.

Agnes Fatima Pinto describes herself as a voracious reader and an even ferocious writer. She holds a Bachelor’s degree in Journalism from St Xaviers College, Goa and a Masters in Public Policy from Mount read more... 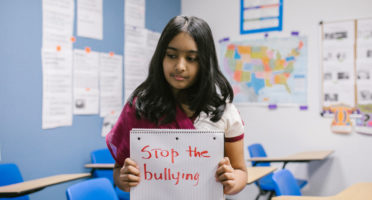 Mama There's Something You Need To Know 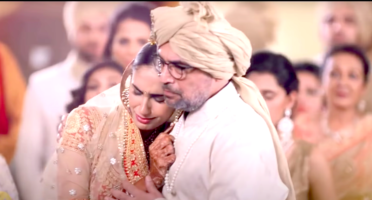