The Manasa Rakhil twin murder case in Kerala is about a man allegedly stalking and murdering a woman who allegedly "broke up" with him; a tragedy showing the influence of internalising too many films?

The Manasa Rakhil twin murder case in Kerala is about a man allegedly stalking and murdering a woman who allegedly “broke up” with him; a tragedy showing the influence of internalising too many films?

A 32 year old man, Rakhil, stalked a 24 year old young dental student in Kannur, for 3 weeks after she had made a police complaint against him. On Friday, 30th July, he allegedly barged into her house, and killed her with a pistol he had allegedly bought on the black market, and then himself.

This is a straightforward case of stalking and murder. I found comments on the social media pages of the Malayalam news portals, by Malayali men, talking about how he was “rejected” and that she had “broken her promise”, which I felt were not Ok.

Should women be ‘grateful’ for decent men in their lives?

Should I be grateful that I was lucky enough to have decent men as ex-lovers and as an ex-husband because I am still alive in spite of breaking up with them?

Where is it written that if you say “I love you” it automatically means, “I want to spend the rest of my life with you”? Sometimes yes, sometimes no.

Where is it written that if you have sex, you will never have sex with anyone else ever again?

Where is it written that even if a promise is given, it cannot be broken?

On that last point, many of you will say that keeping a promise is the sign of character and moral integrity so even if you change your mind, going through with the promise is the honorable thing to do.

Excuse me, but I think the sign of a strong character is being true to yourself and honest to others, even if it means you change your mind.

Pretending to love someone and going ahead with a relationship or marriage even when you don’t want to anymore, just because you think that your partner will get hurt or that it is wrong to renege on a promise, is actually cheating them out of a happy life with someone else who may actually love them, and who deserves them more than you.

You are actually not being an honorable character at all by keeping up promises like that, but just a chicken-hearted dipshit if you will marry someone even after falling out of love, thus making both your lives miserable.

Listen, there are no guarantees in life

Enjoy your time with another human being as long as it lasts, whether it’s for one night or for one life.

Don’t expect another human being to be your safe harbor for life.

Human beings are not docking stations.

If it happens that way, well and good.

If it doesn’t, move on to the next or just wallow in your own self pity for the rest of your life.

But normalize falling out of love as much as falling in love.

Normalize sex without any promises.

Be a serial monogamist like me or a polygamist, I don’t care.

But don’t go killing someone or yourself just because they fell out of love with you.

Don’t be an entitled asshole. 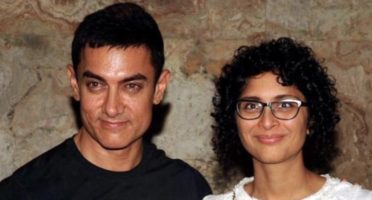