The teacher had tears when 6-yr-old Jia said, "When I grow up, I will also sweat like my mom and still hear complaints. So, I don't want to grow up."

The teacher had tears when 6-yr-old Jia said, “When I grow up, I will also sweat like my mom and still hear complaints. I will not be allowed to visit my parents. I will not be loved. So, I don’t want to grow up.”

Jia, 6 years old, was playing with her mother Maahi in the park. Her father Rohan, along with his parents, were watching Jia play from a distance.

When Jia fell down, Rohan shouted at Maahi, “You are so careless. How can you be so negligent?” Maahi did not respond. She thought her presence had no value.

While she indulged in her thoughts, Jia called her from behind, “Mother, can you please come and play with me?” Maahi wiped her tears and hugged Jia.

That night, Jia was studying in her room while Maahi was serving dinner to the family. Maahi expressed her desire to visit her parents. Then, Jia heard Rohan yelling at Maahi, “If you go and visit your parents, who will take care of the house? I cannot stay with your family. It has been just a year since you met them. Also, Jia has her online classes. How will you make her study from your place? You always think about yourself. Today, you were next to  Jia and still, she fell down!”

The next day Jia got ready to attend her online class. She waited for Maahi, who was struggling to juggle the household chores. Finally, Maahi settled down with Jia. In between the classes, Rohan kept asking for something or the other. Maahi would have to get up again and again and run around.

It was English class for Jia. The teacher gave an assignment to speak on any topic in the upcoming class.

That night, Maahi asked Jia, “Jia, I know you like the idea of being a teacher. Tomorrow, you can speak about a teacher. I will help you prepare. Bring your notebook.”

Jia brought her notebook and sat down. Jia did not know to write properly. So Maahi decided to write for her and explain. While jotting the points, Maahi said to Jia, “When I was a child like you, I used to tell your grandma that I wanted to become a teacher.”

Jia asked, ” Why didn’t you become a teacher?” Maahi replied, laughing. “I am a teacher now, but with only 1 student and that is you.” Jia continued to listen to Maahi.

It was dinner time. Jia was sitting along with her family, having dinner.

Rohan’s father expressed, “Rohan, your sister is making us proud. She has got a promotion in her company. “

Rohan said, “She is smart. She has a lot to achieve. It has been a long time since she visited us. We should ask her to come and stay here for a while.”

Rohan’s father said, “I have asked her but she says she can only come for the vacation. She is occupied. They have hired a chef, a housekeeping staff, and a home tutor for the kids. So, it is easy for her and Amit to manage their family.”

Rohan expressed, “If they come here, she will not have to worry about the household. It will be taken care of by Maahi. You both can take care of the kids.” Rohan’s father nodded.

Meanwhile, Jia finished her food and got on to bed. She saw Maahi, still in the kitchen. When Jia was about to sleep, she asked Maahi to hug her but Maahi replied, “Jia, love, I am sweating. You sleep. I shall complete my work and come to bed.”

Jia wished her good night and went to sleep.

The next day, at her class, it was her turn to speak. Rohan’s parents were excited to see Jia give her first speech.

Jia spoke, “Good Morning, teacher. Today, I am going to speak about my family.”

“My day starts and ends seeing a smiling father and a sweating mother.

Every morning, I hear my father ask for coffee from the bed and my mother bringing it in a cup. Sometimes, if she gets late, he shouts at her.

Yesterday my mother said that as a child, she wanted to be a teacher but when she grew up, I was her only student.

When I grow up, I will sweat like my mom and still hear complaints. I will not be loved. I will study hard, only to become a teacher of one kid.

When I grow up, I will not be able to visit my mother. I always want to be beside my mother. So, I don’t want to grow up.”

Jia teared up and stopped speaking.

The teacher, who had tears in her eyes, appreciated Jia for her observation and asked students to be prepared for the result.

After the class, Jia’s mother hugged her and said, “You will grow up to be a woman who will be brave and smart.”

Rohan’s parents, who were excited to hear their granddaughter speech, became numb. They felt guilty.

That night they spoke to Rohan and told him about the speech. Rohan felt disappointed and stayed silent for the next few days.

After a week, Rohan spoke to Maahi. He said, “I am sorry that I held you back all this while. You can tell me your wishes. We will fulfil them together.”

Rohan said to Jia, ” Darling, you are a wonder. I have stitched all the broken pieces of your mother’s dream. Now, she can conquer the world with her fire. Do not fear growing. There is a world waiting for your mother and you.”

Then he said to both of them, “Let us go and stay with Maahi’s parents for some time. They must be missing you both.”

The daughter’s speech transformed then into a beautiful family.

I am in the journey to bring difference in the lives of woman around me! A beginner in the world of words! Determined to change the perspective of life! I strongly believe in the saying " read more... 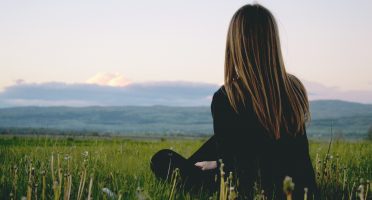 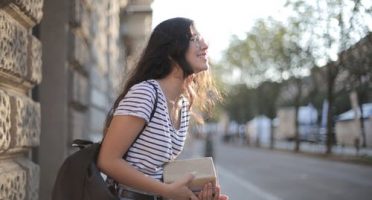 Stop Comparing Yourself: On Why I Owe My Gratitude To The Universe