No matter what a woman's age, there is only one, and rather unsurprising reason why cis-het men may pick them as a partner. Intrigued? Read on.

No matter what a woman’s age, there is only one, and rather unsurprising reason why cis-het men may pick them as a partner. Intrigued? Read on.

As an older woman looking for a male companion, I have often been told my options are few, because I have lost my youth, which apparently is the most important ingredient in a woman’s desirability with men.

I have believed this for a long time, even been anxious around it. But now I am asking myself if this is really so.

Lately I have been hit on by younger men multiple times, some of them even close to half my age. It was a surprising experience, because I had not expected something like this.

Looking for a soft target?

For some years before this, I was being bombarded by older men, especially men with claims of being wise, or evolved or highly spiritual — going after very young women, half their age or less. My first such experience came with a rather devastating heartbreak, and successive episodes of meeting similar men finally made me look into some of my own deepest patterns with regard to men.

And now this. And I am discovering that the reasons are the exact sickening same.

Just like older men look for younger women because they can be easily influenced and given less, younger men find older women soft targets. I could figure this out because I could not see any respect or awareness of me as a person when these men tried to connect with me.

What about what I want?

Some of them seemed to think it was enough to look in my eyes suggestively and ask me to see them at a certain place at a certain time without asking for my consent. Within minutes of meeting me for the first time. I sensed a subtle smug confidence that I would turn up, just because I had been asked to. Which told me they had a very low opinion of my self worth. An older woman should count herself lucky just to be asked out right? And if the man is younger, oh God!! Isn’t it flattering as hell that he found YOU attractive at all?

Then I also noticed that their pick up lines were tacky to the extent of cringe — which again told me their opinion of my intelligence is low. Many younger men tried to tell me that I look much younger than my age. One guy, who knew my daughter and to whom my daughter — a 23 year old adult woman herself — introduced me as her mother — told me instantly that that I look like her elder sister.

Trying to take advantage of an older woman’s ‘insecurity’?

I feel I could laugh in the faces of these young men for trying to play on what is understood as the key insecurity in older women. I know I don’t give a damn any more about how young or old I look (I did once). My basis for connection with a man is now much more about true and deep alignment, and a man who chooses or rejects me on the basis of how young I look or don’t is out immediately.

One or two guys tried to tell me that they were “oh soooo interested in my thoughts and intellect”. These were the guys I talked to most because they had been following me online — about ten minutes each. I asked them if they could not find intellectually satisfying relationships with women their own age. And they invariably told me “oh those young girls were soooo immature”, and how ‘a solid woman’ like me was what tickled their fancy. And that was again a red flag to me because it was a familiar ploy — trying to impress me by making a ‘flattering’ comparison with other women — in this case younger women.

I have also been listening to other women like me about their experiences, and learnt that older women are seen as desirable companions because they have fewer chances of finding men, and are so more likely to be ‘devoted’ and ‘less jealous’. And I could again laugh aloud because what the poor dears meant was insecure and fearful of asserting themselves.

These men are actually being predators, nothing less

I wish I could say that these stereotypes do not have any truth about them. Patriarchy systematically undercuts a woman’s sense of worth — low as it is to start with — as she ages, and it is very hard to heal from that wound. I have seen lots if women, especially in my mother’s generation, living with a sense of worthlessness and a hunger for attention in their later years. They actually are easy to manipulate, and I have seen many such women suffer terribly at the hands of men whose attention they were seeking.

At one point in my life– to be specific the time when I started meeting men my age who were seeking younger partners, I grew very insecure and if a suitable young man had turned up then he might have led me a pretty dance too. But more and more I am also meeting powerful, self assured women — I am one too now — who can swat such players away without giving them a second glance.

So, are my options now really fewer than when I was younger?

And finally to come back to the question of whether as an older woman I have fewer options than when I was younger, when it comes to men. And I don’t think so — not any more.

If the question is not of merely getting male attention or validation but of finding healthy partnerships, my pickings in the male dating pool were just as slim when I was young as they are now.

Men were looking for docility and manipulating to get it from me then, they are doing the exact same thing now. The only difference is that given my low-self-worth upbringing and lack of experience I kept falling into those traps, but I am not falling now. Though I would like to have a genuinely good partnership, I am able to be happy alone and not take less than what I am worth. If I had had the necessary support, I could have reached this place of wisdom earlier.

I know quite conclusively now that if I am not able to find a partner now it is not because of my age — it is because my standards are high and there are very few men who can come up to those. And that makes life so much more pleasant for me now.

Image source: a still from the film Dil Chahta Hai 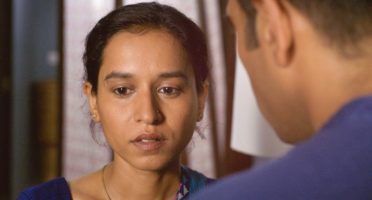