I Needed To Feel Less Empathy For The Suffering Around, For My Own Sanity

Suddenly being cheerful began to feel like a crime. Happiness became an unfair advantage. I began to despise my position of small privileges.

Over the past few days, I have been noticing my growing reluctance and dislike to actively engage on social media. I have become more conscious of what I am doing in that space, wondering how important it was for me to express a thought, post a picture or write a message on the timeline at a time when people in my home country were lurching between life and death.

I have been feeling a bit clunky in the heart before I posted anything. It is a problem that I had never experienced before. I have always exercised some amount of caution while interacting on social media, but what I was now feeling was a nebulous sense of guilt.

Feeling guilty for any happiness

It crept into my consciousness, like a snake into a larder, making me wonder if I was being brazenly indifferent to the reality of a world in pain, especially because I was so incapable to do anything worthwhile to save a life or support a soul. Every time I soaked in a happy moment, broke into a smile or a song, received a praise or clinked the glass, I wondered if I was justified in relishing the occasion when thousands out there were desperate to be just alive.

Suddenly being cheerful began to feel like a crime. Happiness became an unfair advantage. I began to despise my position of small privileges.

It was the empathy that came as a default setting

It took a while for me to decipher that the source of my guilt lay in my deep sense of empathy. It was compassion taken to its extreme that was lancing at my heart and threatening to tip my tranquility.

But then, empathy and compassion aren’t bad things, are they? Yes, they are when left unrestrained. It is a lesson I learnt the hard way after the passing of my dad.

We attach a lot of importance to the template of empathy in our lives and rightly so. Humanity thrives on compassion alone. But when we allow that ‘feeling for the other’ beyond a justified point, it can turn into poison that will cause our wellness to decay slowly.

The pain I felt for those suffering became my suffering

When I realized that I was slowly beginning to feel the widespread pain and suffering of my countrymen (including people I knew) in my bones, that it was crushing my own cultured sense of optimism, I forced myself to look away.

When I realized that the condition of those gasping for breath, those who were losing loved ones, those who were scrambling for help, those pitiful cries and pleadings were affecting my lucidity, I had to take a judicious decision about how far I was going allow myself to fuse with the scenario unfolding out there.

We cannot let our empathy to convert into guilt, or worse, become our own nemesis. Empathy is a beautiful emotion that must encourage us to walk beside those who are in pain, but never make us walk the way for them. I am cognizant of the downsides of strongly identifying with others’ afflictions, but I have yet to fully learn to translate the valuable theory into practice.

I was once again on the verge of falling into the danger of adopting the other man’s suffering as my own. It happens every time I see a tragedy around me. But this time, I am working on it more consciously, carefully eschewing all that will affect my mental well-being. 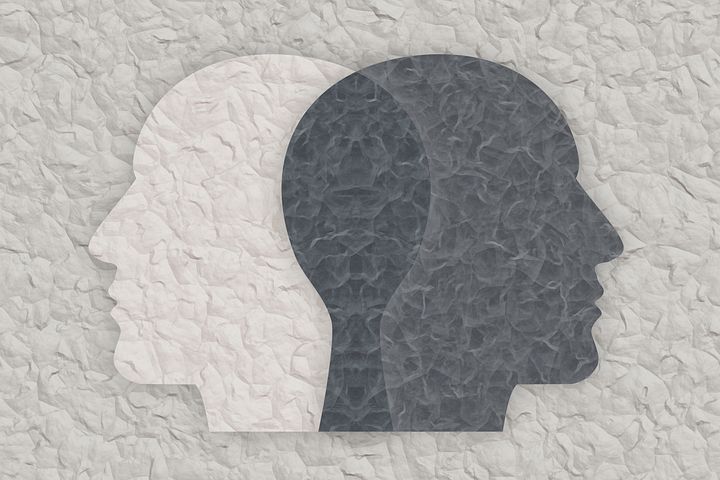 I hugely owe it to myself. No, it is not being selfish, it is being rational.

I am deeply aware and concerned of what is happening. It makes me want to cry occasionally, but I quickly gather my wits and acknowledge that ‘it is what it is’.

I am also mindful of the fact that I don’t have a panacea for the ills of the world. Wishing that I had a way to help, a way to set things right is goodwill, but knowing that I don’t have much means to do it and hence to keep calm is good sense. Sooner or later, the universe will tire of its theatrics and reverse the trend.

Till such time, let me sit tight, watering my hope for better times with prayer and my writing. As of now, they are only two things that are in my capacity to do, and those I will do as best as I can, for the sake of humanity.

Asha Iyer Kumar is an author, life-writing coach, and active blogger, based in Dubai.