My Home Is My Cook’s Workplace; Surely She Deserves The Support I Expect At Work?

We often talk about corporate workplaces not being friendly to new mothers, yet we hardly give any thought to the workplace we provide to our domestic help.

We often talk about corporate workplaces not being friendly to new mothers, yet we hardly give any thought to the workplace we provide to our domestic help.

The irony of my armchair feminist stance slapped me in the face for the first time in late 2019, during one of the fortnightly sessions with my therapist.

I have been a self-proclaimed champion of gender equality since I was in college, fondly called ‘krantikari’ or ‘feminist’ by men, depending on their opinion towards my stand.

In case you’re wondering, the ones who called me a revolutionary believed in the principle of gender equality as long as it didn’t change their lives. The ones who called me a feminist were making a mental note to avoid such topics in future when I was around, and also, not marry a person like me, if they could help it.

One day, my cook who’s been working for me for two years asked for a day off. There was no one to watch her kids (aged 14 and 5) that day. She explained, ‘The elder one will be fine by himself, akka, but my younger son doesn’t eat without me or my mother at home.’ On further probing she mentioned that her mother, who usually watches her sons, has gone to their village without specifying a return date.

Cooking isn’t really a part of my routine

I am a working woman with an energetic three year old daughter at home. I am lucky to have a job that is flexible in terms of time, and to some extent, in terms of the deliverables too. So, I wasn’t particularly looking forward to cooking for an indeterminate period of time. You’re A Nobody – ‘Just’ A Housewife Who Does Nothing All Day!

I was planning to spend my off-work hours exercising, getting back in shape, and kicking the PCOD out of my system. Cooking didn’t feature in my daily routine. I was paying the cook well enough, and I couldn’t possibly continue doing so if she wasn’t going to turn up for more than two days in a row.

One of my foremost reasons to not return to the corporate grind after having a baby was the lack of workplaces that were friendly to working mothers. Oh, sure! There is the available WFH on paper. The manager manages to reduce the yelling into sulking when you ask for a day off because your toddler needs to be attended to, or picked up early from daycare.

But, the reality is that organisations are far from understanding that they should be helping working mothers balance their professional and personal life goals. If at all they want to, they haven’t figured out how to. Hence, I chose to go my own way instead of being treated like a liability for having a child at home.

It certainly was a privilege. My husband was working full time. We had savings that enabled us to continue our lifestyle even when I was not bringing in the big bucks.

My home is my cook’s workplace

Every time I am asked about my work, I give people such eloquently worded, assertive explanations. And yet, when my cook brought a similar problem to me, I realised that my home is her workplace. She needs similar flexibility too.

So, I began by asking my cook to bring her son to our house next time. My daughter was close to his age, and they got along quite well. On some days, he would sit in the kitchen balcony, playing on his mother’s phone, as she cooked.

He politely refused to play with my daughter’s toys in her absence. Eventually, my cook found a long term solution wherein she left him in the security guards’ office at the gate instead of bringing him upstairs to my home.

The politics of home and place of work

I realised on the personal front that it was rather difficult to have a workplace truly adapted for working mothers, both practically and economically speaking. If I couldn’t manage it, when I just have to run one household, how can I castigate organizations for not trying, or failing?

There are several clashes of thought in this situation – from class-based prejudices to the cook’s need to demonstrate her professionalism by not bringing her ‘home’ into her ‘place of work’. In my opinion, this is not unique to her situation.

Covid-19 hit soon after this incident. The schools closed, I didn’t have a job to tend to while keeping the home running. Engaging an easily frustrated and lonely toddler then, turned out to be a blessing.

With life resuming some shades of normalcy these days, I tell myself I want to discover my own goals first. Maybe try a few things before going back to work fulltime – starting with a small scale example of successful enterprises by happy working mothers, maybe? 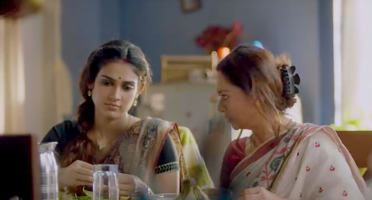 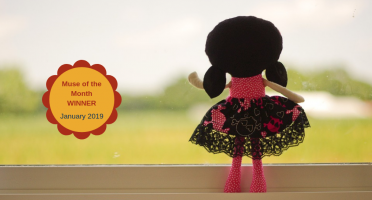 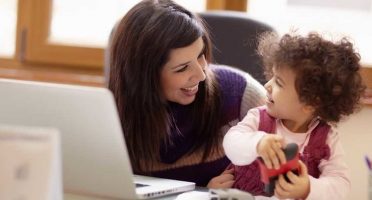 Freelancing Is A Lifestyle Choice I Made; I'm Not Just A 'Lucky Mom To Get Time With The Baby'

A thoughtful post on society's perception of feminism, the real meaning of being a feminist and musings on the general biases around it.

A thoughtful post on society’s perception of feminism, the real meaning of being a feminist and musings on the general biases around it.

It’s not been long since I have been writing blogs and articles on issues related to ‘Feminism’, and have been labelled as a ‘Feminist‘ by most of my acquaintances. This also brought along with it a set of squabbles and altercations, raised eyebrows and of course, a lot of sarcasm and rancour! The bitterness in some of the sugar coated comments almost made me accept that I am a misogynist!