A teacher can make or break a child’s career and self-confidence, Neha realised when she saw history repeat itself at her son’s school.

Neha got the lunch box ready for her son Aditya. However, as soon as he wore his school uniform, Aditya began crying. He told his mom that he didn’t want to go to school. So Neha let him stay at home believing he wasn’t well.

The same thing happened the next day – Aditya refused to go to school and Neha let him stay at home. However, when the same happened on the third day, Neha was a little upset with her son’s behaviour.

Instead of punishing him, Neha tried to speak to him and understand the root cause of the problem. She even spoke to a few of his classmates and their mothers. They all seemed to state the same reason for not wanting to attend school.

That’s when Neha realised that this could be a problem with the school and its teaching practices. Seeing history repeating itself with her child, Neha was upset. She saw the current education system had the same issues even today. And with those thoughts in mind, she went down the memory lane to her own time.

She had big dreams!

Neha had wanted to become a doctor for as long as she could remember. She passed her SSC exams with flying colours and since her parents too wanted her to pursue medicine, they encouraged her. In fact, Priya and Manasa, Neha’s friends from school also had the same dreams as her. So all three of them joined a college near their house.

The three girls chose to take Biology in their intermediate course. They were on cloud nine believing that they had accomplished half their aim!

There were around 50 students in their biology class. Since Neha, Priya and Manasa knew each other since school, they got along pretty well. And they had also begun to form new friend groups in their college.

On the third day of college, their Zoology teacher entered the classroom and immediately after the class she hinted at something strange. She seemed to claim that her lecturers would hit her on her head even during her MSc classes. Thus, making students in 11th and 12th very young in comparison. She even seemed to hint that she could hit them anytime and any day!

The teacher’s behaviour only worsened

After a few days, she picked up a few students from the class of 50 and without any assessments, separated them and made them sit on different benches. From then on, she solely focussed on these students. The other students developed an inferiority complex due to this.

Their zoology teacher would yell and insult the other students quite a bit. Some students were simply unable to tolerate her insults. They were also worried about the 30 marks for the practicals that were in her hands.

However, none of the students informed the principal or their parents since they were all scared of losing the practical marks. Meanwhile, the teacher continued her torture and verbal abuse. She would even throw their record books at their faces during practicals.

Her behaviour affected the children a lot

One of the students in Neha’s class developed tremors in her hand while dissecting frogs and worms due to the fear of this teacher. The tremors didn’t seem to reduce even later on.

A lot of the students were demotivated by her behaviour and even lost their self-confidence. The aspiring doctors started to question their choice of wanting to become a doctor.

Neha, Priya and Manasa were so scared of attending college that they often missed other classes too! They would often hide at their friend’s houses instead of going to college since their parents would force them to go to college. Often they bunked classes and roamed around with their friends.

Slowly, they lost all interest in their studies and stopped going to college to avoid the daily torture from the teacher. They were in a very helpless state because at that tender age, they couldn’t think of doing anything else.

In fact, they had reached a state where they didn’t want to pursue science simply because of the teacher’s torture. They were scared of the subject and lost interest in it. By now, it was deeply rooted in their minds that they couldn’t do well in it. A lot of young people are susceptible to rude behaviour.

A teacher’s behaviour can make or break a child

After their intermediate exams were over, Neha chose Science but the fear of practicals was ingrained in her brain. She moved to Management during her PG and passed with distinction. On the other hand, Manasa got married to a doctor right after the intermediate results came out. And Priya moved to Arts and sailed through that without any problems.

I believe teaching is a noble profession. A teacher’s words are very impactful on a child’s mind. The people who choose to become teachers should do it because they like it and not because they want to make a living from it.

It is quite often the rude behaviour by teachers that spoils the careers of a number of people. Teachers need to think before making any demotivating comments to their students. These students are innocent and any rude behaviour or remarks leave a profound impact on them.

I wish more teachers understood the responsibility they carry on their shoulders and took their job seriously. Damage once done cannot be undone.

Teacher’s words have the power to make or break a child. 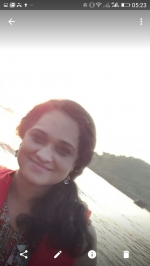 Not All Kids Can Become Engineers, Doctors, Lawyers; Do You Know Your Kid’s Talent?