'Those days' are capable of giving life. Don't let anyone shame you for having your periods, and don't mess up your cycles with pills to postpone or advance them.

‘Those days’ are capable of giving life. Don’t let anyone shame you for having your periods, and don’t mess up your cycles with pills to postpone or advance them.

This thread of thoughts has been triggered by a friend when she wrote about being angry on cruelty towards animals.

I don’t know how this thought, (though primarily it’s not a thought but an emotion that has stayed and grown), has surfaced after long. There’s no connection to what she described, but the strangeness of the human mind can’t be defined. It leads to memories and emotions even when not required, and then begins the turmoil.

In the same essay my friend says that write it out if you are angry – it’s cathartic! So here it is.

So I’m angry. Not actually now, but years ago I was. Brought up by educated but conservative parents, childhood was more about dos and don’ts heaped upon me as a girl child.

Puberty came with its dos and don’ts

There were dos like ‘Do your homework regularly’, ‘Correct your posture while sitting’, ‘Respect your elders’, ‘Do be considerate for people eating after you’ and so on. And then there were the unwanted, un-welcomed DON’Ts that came once I reached puberty.

Lucky that I was not told ‘Don’t live during those days’. Though it was said or not, all the strictures meant the same.

Hormonal ups and downs in puberty had already brought myriad of emotions with them, and to add to those here were now our ‘age old customs’. I could never understand then what made me more angry -Hormones or Customs?

Expressing anger again, in my childhood days, was considered the sign of a badly raised child. Which I was not. So to the best of my abilities, I started accepting those customs of those days as a part of life, but not without resentment, like a dirty mole you want to get rid of but can’t. It’s just there on your face, and you have to face the fact that you got to live with it!

Having periods when at school

My parents though custom bound were strong believers of education, so they gave me best of education to grow up and be transformed into a doctor. ‘Those days’ now became a part of normal days of running, learning, experimenting, but still the DON’T stayed.

One day, a dark red patch appeared on my white apron during the practicals, which was to be worn by science students in the lab. I soon noticed the whispering around me, among my co-students doing titration for the chemistry experiment. Their experiments failed to get that perfect pink in their flask, but they didn’t fail to remark on the red mark on my apron!

I was ‘escorted’ to the girls’ common room by my lab teacher who walked as a ‘shield’ to cover my red marks. I was thinking her to be my saviour, only to find her on the other side.

“Aparna, always have a pad two to three days before your date. Mark your date well. It is embarrassing when such things happen in public.” I couldn’t believe a science teacher and a female herself had spoken this testament. How is that my blood boils your blood? How is that one woman fails to understand other?

Again this turmoil of questions was suppressed, for a better tomorrow.

After those four days, along with the pad the thoughts too went to bin. But they kept having encounters with me in my biology class and later even my gynaecology classes.

‘Those days’ are capable of giving life. No life perpetuates if I don’t have those days. The world comes to an end if women stopped having the ability to have periods.

With these thoughts I became a rebel. There was no one stopping me from going to the temple. There was no one stopping me from worshipping the Saraswati who herself adorns white all days of her life. When some mindsets changed, I also had friends who welcomed me to Ganpati pooja with a menstruating vagina. When thoughts changed, I had a partner who welcomed me to his house on a menstruating day.

‘No pills; no postponing or advancing periods’ became the mantra of my life.

Years later today this anger has made peace with the pieces shed by my uterus. No shame. No hush hush about mensturation. In a practice of 12yrs, I’ve never written a hormonal combination for menstrual cycle change. As a doctor I have one strong DON’T to all my female patients. Don’t use any pills for having a ‘prepone or postpone’. Go with the natural follow. And if anyone questions you, then question their birth, their survival.

Consultating Homoeopathic physician and an edupreneuer by profession. Writing is my second nature, being a woman of substance the first. read more... 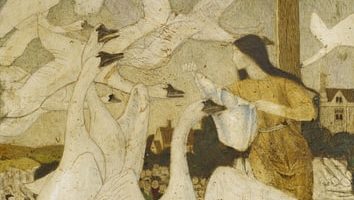