I believe in raising feminist and empowered kids which is why I discuss both cars and grocery lists with my son and daughter!

I believe in raising feminist and empowered kids which is why I discuss both cars and grocery lists with my son and daughter!

There was once a time when we had women like Rani Laxmi Bai who picked up a sword to fight a war for her own people. And there is a time when the same people are putting shackles and restricting women and their education, wishes, choices and even birth! While we have come a long way in how we perceive our daughters since then, we still have an even longer way to go.

I was born in an extremely conservative Gujrati family and wasn’t allowed to wear shorts or go out with my friends or even on school trips. Meanwhile, my brothers had absolutely no rules or guidelines to follow about what was allowed and what wasn’t. And it was all because (you guessed it right!) they are boys!

I know a lot of us are familiar with this and over time, some of us have rebelled against it or simply accepted it as a part of life. As a young girl, I remember being told that it was unsafe to be out of the house after a certain time. And also that I would be inviting trouble if I didn’t listen to these rules.

Why don’t we teach our sons to be responsible?

But I’ve always wondered why don’t we teach our sons to be equally responsible for one another’s safety? Why isn’t self-defence a compulsory course in schools? Instead of teaching girls to hide and avoid ‘being into such situations,’ why don’t we prepare them to take care of themselves?

At the same time, why don’t we raise our sons a little differently? Why don’t we teach them not to indulge in behaviour that will potentially harm others?

The rising social issues are only a sign that all these restrictions have brought us only unfavourable results. So why now try other methods? Why not ease some of these constraints and instead ‘impose’ some of it on our sons? It is time for some major changes in our parenting techniques.

The incident shook me!

I remember this one time when I took my daughter to the park and she was climbing on and playing on the monkey bars very easily. But there was another boy, around her age, who couldn’t climb and fell off the monkey bars. As he fell, he ended up hurting himself and started to cry.

His father helped him get up and wiping his tears off, he said, ‘Stop crying like a girl!‘ I stood there staring right at them and wondered what this boy is going to grow into with this kind of parenting.

We need to raise our sons in a way that they make the world a safer place for everyone. And this will happen only when boys are raised with no added privileges simply for being boys. At the same time, we need to stop teaching our daughters that they are too fragile or less capable than boys.

But most importantly, we need to teach them that they can’t escape situations by simply not facing them. Girls are incredibly beautiful creatures who are emotional and sacrificing, however, these should be seen as their strengths and not their weaknesses.

We need to tackle it at the root

For far too long, we have treated the symptoms of this illness called patriarchy without any fruitful results. It is not time to treat the root cause of the illness, not just the symptoms. Boys need to be brought up with an equal sense of emotions, responsibilities and accountability.

The only reason boys take certain advantages is because, unknowingly, as parents, we have given them all the wrong ideas. For example, household chores are not only for women. They absolutely are not! These are survival tactics for both boys and girls.

Let our sons see how we raise our daughters equally and let’s stop showing them that the only way to feel empowered is by suppressing the women. I say this because when power is vested without knowledge, it leads to a situation we are in right now.

Let’s make a change – one son at a time?

It is going to take a long time for some considerable changes to take place but that doesn’t mean we shouldn’t try! Let’s go one step at a time, one son at a time, if you may. And slowly, we might just bring about the desired change.

This way, you will be raising resilient, independent and confident daughters and emotionally strong and responsible sons. It is a win-win for all of us. However, it will take a lot of effort from us to make this happen!

Picture credits: Still from Bollywood movie We Are Family

With so much juggling the entire day i find utmost peace when i have a topic in my mind and a pen in my hand. I am a mom a home maker, an advisor to read more... 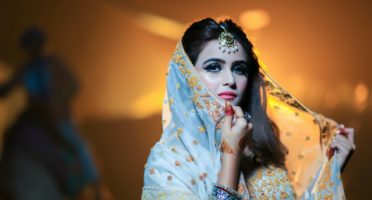 Dear Parents, Your Hands Built Me Up, Now Please Don't Knock Me Down! 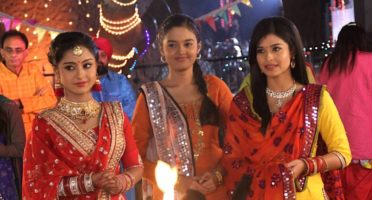 I Am A Proud Mother Of 3 Daughters & I Don't Feel The Need To Have A Son!