I could never say NO to anyone who asked for help, but what if they begin to take advantage of your obvious willingness every single time? So I changed.

I could never say NO to anyone who asked for help, but what if they begin to take advantage of your obvious willingness every single time? So I changed.

Hi, I am Pratistha. My simple story revolves around every woman who is in a similar situation. A woman who helps everyone around with what they need, but others don’t do the same for her when she needs them to. A woman who becomes a tree to provide shade to others and then is not even watered by the same others.

And then she stops being the one she used to be. And this change is good for her, but the others do not like it. Because they no longer get what they want from you.

On some days I just want to sit in my private balcony with a hot cup of coffee with my favourite book in my hands to relish moments of magic, but I can hardly take out time for myself. How could I say ‘No’ to my routine chores!

It was late evening when we came back home drenched in sweat. Spending long hours in market on a hot summer day with a bunch of gossipy relatives wasn’t something I really wanted to do, yet I couldn’t say No.

In fact, on return it was only me who tirelessly cooked food for all. The way we did had done shopping together, we could have cooked together. But I did it alone as I felt it was my duty as the hostess.

That day I was in no mood to make round rotis for the dinner. It was a hot day and I was dripping sweat, yet I couldn’t ask my family to compromise with rice for dinner.

I don’t even get Sunday mornings to sleep late

That Sunday I wanted one more hour of sound sleep. Not that I feel like this every time, but had I slept for sixty more minutes, the world would have come to an end, as far as my family was concerned.

I always wake up on time to catch my routine schedules, so how could have I muddled my time table on one particular day, right?!

Since eons I tried to find the right way. Right way to do what my heart really craves for. But the tag of the best daughter, best wife, best mother and best daughter in law was something I did not want to miss, just like my mother did.

My mother has always been the best – an ideal wife, mother and bahu. Yet I saw her regretting for not doing something she hadn’t even tried for. That means she didn’t follow her heart. But who says that denying your heart is a crime?

It took days, months and years for me to realize that saying ‘yes’ to everyone for everything is not necessary. Helping others during crucial times is one thing but what if they begin to take advantage of your obvious willingness every single time?

Yet my upbringing never allowed me to neglect anything if I could do it. But what if you don’t want to do yet you do it for the sake of others. That’s how we create a system of sacrificing our own comforts and priorities to provide others the same, and we begin to expect the same from them, but the fact is that not everyone realises this. And their not doing the same for us hurts us.

I feel hurt when… I’m taken for granted

I feel hurt about all those days when I eat all alone at the dinning table and no one accompanies me. I can’t do the same to others, and I wait to accompany them, if someone gets late to reach the table.

I feel hurt because no one asks my opinion while taking big decisions. On the contrary, I ask theirs while making even unimportant, small decisions. Don’t I deserve to be asked if I am fine or if I need anything when I am sick? Specifically when I do every possible thing to help others when they are sick.

I feel hurt for all the behaviour that makes me feel as if I do not matter much. These things were too little to be considered but even the smallest thorn can make you bleed.

I feel hurt when I hear a big ‘no’ for the things I would have definitely said ‘yes’ to on being asked. It creates a volcano inside me which if it erupts can damage the surroundings. It was my mistake that I correlated doing the right thing with what I habitually do for others, but I was not wrong about having expectations. It is human nature.

But I have taken this step for myself

I received the tag of a good daughter, good wife, good mother, good daughter-in-law, but it necessarily came only at the cost of sacrificing my own wishes.

It might be beyond the pale for others, but now I have learned to say ‘No’ if needed. It took a lot of time and effort, but I have changed now. Unless I am willing to embrace the task I don’t do it. So they don’t like me much now. From the ‘best one’ I became the ‘rebellious one’. It proves that I was liked by them only on their terms and conditions.

I might be wrong but the truth is you cannot keep everyone happy and content. Try not to be the goddess of sacrifice. It won’t land you anywhere. If it costs your own happiness it’s not worth. A normal human needs just love and respect and even if you get it just in grams you are capable to return in tons.

Mother of two, writer, blogger, author and a homemaker I am. Weaving words and colouring them with passion is my simple purpose. read more... 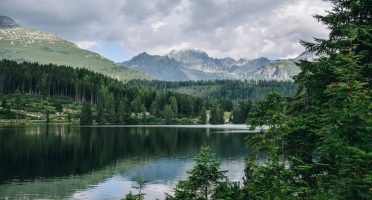 The Girl Who Survived To Survive Her Dream