The Girl Who Survived To Survive Her Dream

She was named ‘Brahmaani’ due to the extreme affection of her parents for the great river Brahmaputra. As she stares at it, a sudden zephyr of bittersweet memories zips her into a nostalgic coma.

Her mother screamed from the kitchen “Brahmaani, come inside; the weather doesn’t seem favourable,” while she was feeding the hens and the chickens in the backyard. That day, the hens and the chickens were roaming in the backyard instead of being cooped up in the hen house. The poultry farm was the major source of their income. Apart from it, her mother would give music lessons to some of the neighbourhood kids to support her academics.

She was not surprised at the forewarning her mother gave for she was accustomed to the doldrums of the river. It was born with unpredictable squalls of driving rain but denying her mother was against her ethics so she cooped up the hens and the chickens in the hen house and marched into the kitchen where her mother was cooking, oblivious to the appalling disaster making rapid headway to their lives.

As she entered the kitchen, she wrapped her arms around her mother’s shoulders affectionately. Her matric result was to be declared the following day. She was sanguine about the future, they had planned. Not only she was bright in the studies but her magnificent voice had a power to cause and outspread a sensation to the soul. She’d sent her voice recordings to the renowned Music Director of West Bengal along with the registration form her mother had brought her. After all, that was the peak time to handsomely recompense her mother’s training which she had been attaining since the day she called her “Maa” for the first time. Cancer had snatched away her father early on and so being deprived of fatherly endearments, she had embraced her mother as her entire family. It was only after ‘Riyaz’ that she would prepare for her school.

Little did she know that an unfortunate evening was awaiting. The bursting clouds turned ferocious, the intense winds turned more violently to shatter her little world into pieces. The boisterous turbulent rains caused flash floods raising the Brahmaputra river over its banks. The swelling river crept furiously on the land to gulp down their existence. The booming sound of natural calamity not only banged their eardrums but walloped terror into their nerves.“Brahmaani, it doesn’t seem an ordinary rain. Let me shut all the doors and windows and you bring the coops inside. The deafening sound might cause them dread,” said her mother sputterring along as she unfastened the wrap of Brahmaani’s arms around her shoulders. She rushed to the backyard and her mother to clog up all the possible entrances of the rainwater. They had no clue that they would be drifted apart.

A strong surge of the flood water jolted both of them backwards banging them constantly against the walls, rocks, electricity poles, trees; whirling and twisting them into an ill-fate. She was swinging abruptly over the layer of harsh waves. Several times, she tried to swim over the waves, paddling her limbs haphazardly in all directions but in vain. Each passing moment dimmed her screams “Maa… Maa…”

The world was deaf enough to hear her screeches. She spotted the coops sailing over the harsh layers of dirty water with not a single hen or chicken inside it. In no time her struggling suffocated body lost senses for she inhaled plenty of dirty water.

When she opened her eyes, she found herself drenched and traumatized lying in the midst of a field lying on her back. The sky was pouring out silently. She could barely feel the rain. She was covered in muck and mud. The lacerations to her head, arms and legs were stinging more. The cuts were deep enough that the popped out flesh and nerves were visible. The soreness didn’t allow her body to move an inch. Her eyeballs were shifting side to side only to see the bushes and dull light entering from the pinholes. She could scarcely gauge the time of the day. When she blinked her eyes, the tears spilt out. She wished if she could hear her mother calling out her name but then she closed her eyes again for she knew that her entire world was toppled down.

For the entire following day, she remained in the same position. She could hear the sound of the scourge of mosquitoes buzzing over her damp body, the colony of ants climbing over her limbs, the pain of insect biting her skin but the twinge of losing her mother was the trauma beyond endurance. She cried out loud. Loud enough to reverberate around. She cried her heart out but there was no one to listen, to wipe her tears, to assure her that the things will turn out to be fine as her mother would say her.

The few months she spent in the flood relief camp showed her the cruelty of life. The nightmares turned out to be true. She hadn’t taken bath for many days. She barely ate any food, drank clean water, and used open fields to urinate. In the camp, where hundreds of families were living in the cramped conditions near the overflowing latrine water, leaking sewage, the green scum on the stagnant water, the filth of excreta; the viciousness of the calamity shocked her. There was no one to listen to her silent sobs and to offer her a shoulder. Each passing day slashed her little hope to see mother again and geared her up to dwell into the world of strangers with her past memories. Many times she thought to end her life. Suicidal thoughts twirled into her mind many times but the Lord had better plans for her.

Every time, when the reporters and photographers swarming all over the place, would hear the sorrowful stories of the victims, she would listen along and gradually she understood that she was not the only sufferer whom the Lord has chosen. She understood that life could be tough but not impossible. She understood that she had to fight back and her weapon was ‘music.’ Her passion for music dragged her to the verge of possibilities. She had missed that one golden chance but there could be many more to welcome her. She crawled, walked, fell, stood up again and ran. She struggled against the tribulations. The trauma and sufferings strengthened her. Her new journey had begun.

A piercing voice wakes her up from the reminiscences of the past, “Ma’am, everyone there is waiting for you.” She stood up and joined her hands to the river for she believes that it blesses her for it accommodates the soul of her mother. She walks past the fans towards a grand set constructed near the river dyke. She was ecstatic about her 10th music album release.

Mother of two, writer, blogger, author and a homemaker I am. Weaving words and colouring them with passion is my simple purpose. read more... 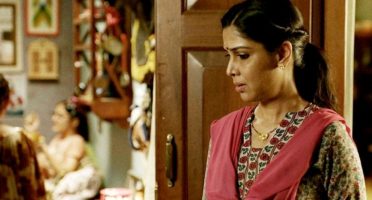