Chhalaang Aims To Be Progressive About Women In Sports – But Does It Succeed?

Early in the movie Chhalaang, Rajkummar Rao’s character, Mahinder Hooda (Montu) apologizes to Nushrat Bharucha’s character, Neelima, for morally policing her parents and tarnishing their reputation. Mixed in with his apology though, is an explanation for why he did, what he did. Neelima tells him sternly, that if he is apologizing, them he should not offer justifications; and if he is justifying then it is not an apology.

Given that this dialogue appears in a movie where the writing credits include the name of Luv Ranjan – a man known for making misogynistic films such as the Pyaar ka Punchnama series, and Sonu Ke Titu Ki Sweety, and a man who has been accused of sexual harassment (he has since approached the Delhi High Court for ex-parte relief, and the HC ruled in his favour, restraining Twitter and various media houses from publishing articles and comments about the allegations of sexual harassment against Ranjan), I was skeptical.

Feminist messaging. But is it really?

There are many other dialogues, and scenes scattered through the movie, that have similar feminist messaging – including a scene in which Rajkummar Rao emphatically states that he is wrong, and that the people supporting him, shouldn’t be doing so.

The film actively advocates for women playing sports – not just in women only teams, but as part of mixed gender teams. It shows young women standing up for themselves against their male classmates, who suggest that they are too ‘weak’ to play, or that they eventually only have to live their lives out in the kitchen. It centers a young woman as the ‘star player’ who wins crucial points for her team. 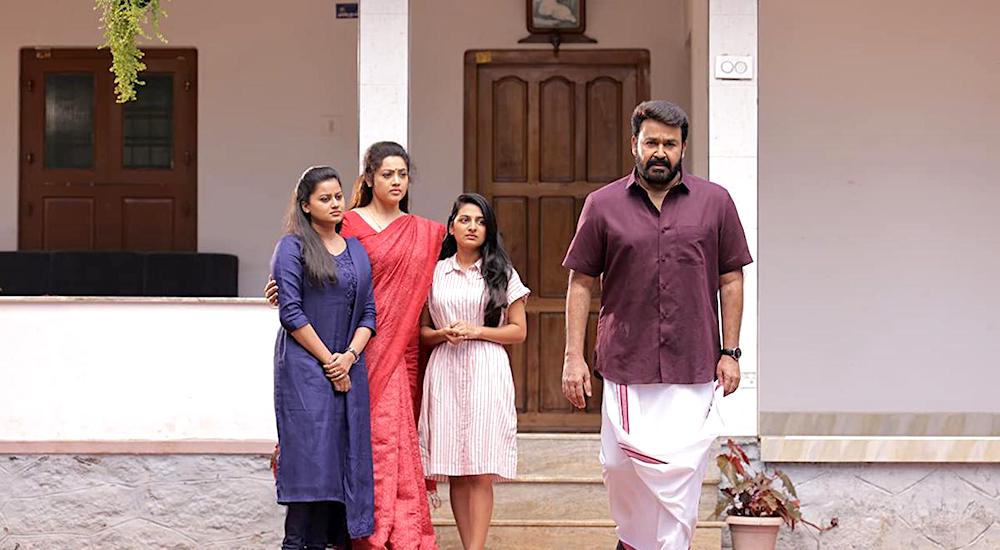 It is all very heartwarming.

However, when one considers the central idea around which the film revolves, things start falling apart a bit.

Rajkummar Rao plays a PTcoach in a small-town school, who couldn’t care less about his job. However, when Mohammed Zeeshan Ayyub appears on the scene as a rival – both for his job, and ‘his’ girl, he must prove himself the ‘better man.’ There is a lot of posturing, and dialoguebaazi involving lions and dogs – and it all comes down to that primitive male ego. It is too close to toxic masculinity for comfort.

The writing tries to patch that up at the end, by showing both the winner and the loser be gracious and accepting of each other. But then, right after, Montu refers to Neelima as a ‘match’ that he must win. It is almost as if the film doesn’t quite get its own messaging.

Neelima is portrayed as independent, outspoken and bold. However, the character ultimately ends up as a means of ensuring that Montu’s story progresses. It is she who motivates him to take his job seriously; she who helps him become a good teacher; she who, along with Montu’s father, eventually removes some crucial obstacles in his path. She exists, even as a ‘strong’ character, to serve him. Of what is motivating her, we never get a clue. Sure, she loves him – but why?

The same goes for the female student, Pinky, who is amongst the best players on his team. She barely has any dialogues, and she isn’t really advocating for herself in any of them. What about playing sports excites her? Why does she want to play, other than for Montu sir’s sake? For a film that wants to make a point about girls playing sports, it is strangely silent about what the girls themselves think about it all.

There are other issues I have with Chhalaang as well – in one scene, Montu uses a student’s fear of dogs to encourage him to run faster (and win!). Using innovative ways to motivate someone is fine, but it is in extremely bad taste to use someone’s phobia against them like this.

So, what we get is a lot of preachy messaging about feminism, and not quitting, and redemption, and giving equal importance to sports as to academics, and so on and so forth   — Chhalaang really is chock full of things it wants to say. However, it comes across as inauthentic. Like a parrot that has learnt to mimic words, without really understanding what the words mean.

Varane Avashyamund is an unusual Malayalam romance currently on Netflix, and explores what love is like for seniors, along with other kinds of love.

Varane Avashyamund is an unusual Malayalam romance currently on Netflix, and explores what love is like for seniors, along with other kinds of love.

Within the first few minutes of Varane Avashyamund (Groom Wanted), I was cringing. The female lead, Nikita (played by Kalyani Priyadarshan), is helping her friend elope. When she is asked if she too plans to elope, she replies, “No, I’m decent. Only an arranged marriage for me.”

“What am I watching?” I wondered, bracing myself for yet another romcom filled with sexist clichés. By the end of the movie however, I was left cheering and feeling grateful for all the people who love me.

In Haseen Dillruba, Nice GuysTM do not finish last. In fact, they get praised for their so-called niceness.

In Haseen Dillruba, Nice GuysTM do not finish last. In fact, they get praised for their so-called niceness.

I would be lying if I said that I did not enjoy watching all the strange twists and turns in the relationship between Rani and Rishu. However, I was not able to ignore the fact that Haseen Dillruba blatantly glorifies Nice GuysTM (basically, not-really-nice-men who think that their supposed niceness to women means women owe them sex/romantic relationships).