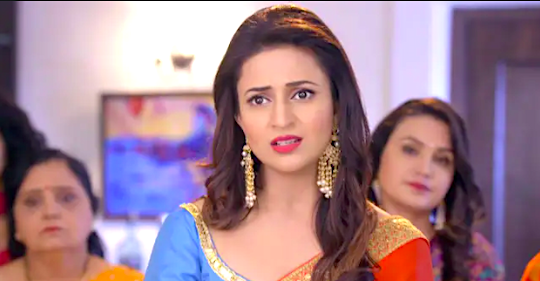 Off-late, I find myself running like a headless chicken all around the house. I find myself being taken for granted. Don’t I deserve a break?

Sanchi came out of her bedroom and tip-toped inside the kitchen to make herself a cup of coffee. She enjoyed her morning coffee in solitude. Her eyes darted towards the wall clock, it was half-past six, ‘still half an hour left before the day begins,’ she thought to herself.

Sanchi had quit the corporate world two years back after the birth of her daughter Anvi. It was purely her decision and call. She chalked out an entire plan to start her own venture.

She kept making trips to the kitchen, her coffee forgotten

Sanchi was waiting patiently for her daughter to turn five. She believed that a child needs emotional support of the mother more in the formative years. And as a postgraduate, she knew she had the calibre to start something on her own than depending on a job.

No sooner had she picked up her newspaper to glance through the headlines than her father-in-law asked her to make her his cup of tea.

Without wasting a minute, she obediently went back to the kitchen. She waited for the water to boil and added tea leaves to it. The moment it started to brew, she heard Anvi wailing and demanding her attention.

She made the tea in a jiffy and went to attend her toddler. Anvi had just settled down when Sanchi felt her mother-in-law demanding her cup of tea with that look in her eyes.

Carrying Anvi in her arms she went back to the kitchen. In her mind, she was simmering. Just waiting to burst out. Somehow she managed to keep her cool.

She tried to keep calm but…

She had just finished serving tea to her MIL when her husband Anand entered and announced, “Sanchi, I forgot to mention this yesterday, I will be leaving early for an urgent meeting. Can you please prepare my breakfast quickly?” Sanchi gave him a cold stare.

From the far end of the hall, she heard her father-in-law discussing with his wife, “Aaj chai fiki thi. Maja nahin aaya.” (The tea was a little watery. Not the best)

Sanchi turned back and searched for support in her husband’s eyes, but in vain. Anvi had started crying again. Sanchi could no longer take the stress.

Her parents in law were about to leave for their morning walk when Sanchi shouted, “Wait, no one is going out anywhere right now.”

Suddenly there was pin-drop silence in the house. The three were taken aback to see Sanchi glaring at them. Her face looked scary enough to give anyone a tight slap. The house had turned into a military training ground, with the three standing all alert.

Anand gathered some guts and tried reminding her about his meeting.

“Call up your client right away and tell him you will be a bit late due to some unforeseen emergency at home,” Sanchi dictated.

Without wasting a moment Anand followed her command like an obedient student.

Sanchi attended to Anvi and once she had her daughter settle down with one of her toys, she asked the three to take their seats. They gave each other a confused look.

And then she began…

“Mummyji and Papaji, with due respect to you, it is by choice that all of us are staying under one roof and trust me I still have no issues with it.

Anand was becoming restless and looked at his watch. Sanchi gave him a comforting look, chuckled and said, “You will be released soon.”

“All of you are aware that I quit my job to take care of Anvi and also not to burden Mummyji and Papaji. I took charge of the household chores with all smiles. But off-late somehow I find myself running like a headless chicken all around the house.

“I find myself being taken for granted. My silence is being misinterpreted by all and this is adding on to my stress. Do you know how claustrophobic I have been feeling these days! With no one to talk to and with no me-time!”

Her voice shook, making it difficult for her to continue.

Anand got up and came back to her with a glass of water. She took a few sips while staring at him and continued.

‘I need you to act responsibly’

“Anand, I want you to act responsibly. Have some compassion towards your life partner and make sure you keep me informed about your schedule beforehand. You cannot have me running after you and attending to you like a mother attending to her newborn.”

She then, turned towards her parents-in-law, “Mummyji and Papaji, we are a family. It’s been 5 years that I’m married to your son. You know me now inside out. Then why do you still want me to act in a formal way? I want you both to take charge of your morning tea.

“Also, I expect help in the kitchen. It was a unanimous decision not to keep a maid for cooking. But that doesn’t mean I become a lone soldier slogging it out throughout. I need help.”

‘I also need some me-time’

Sanchi was in no mood to stop, “Now that Anvi has turned two, I want to put her in a play-school. This is for me to have some me-time. Please, I need no further discussion on that.

“Apart from this, I have decided to keep my evenings a bit free for my personal workout sessions. I need you guys to understand and co-operate. Look at me, all bloated up! I need to take care of my health too.”

Sanchi couldn’t believe what she had done. She felt light, elated and ticklish at the same time, “Ah! this was so easy. What made me suffer for so long!” Sanchi felt relaxed and plonked herself onto a sofa.

The three were still looking at her with their mouths agape.

Their reactions surprised her

“See, don’t expect me to keep my emotions bottled up and later talk to my issues with my friends, parents. Or even puke up my grievances by writing about them on social media. I always believe the solution to any problem or situation can be derived by discussing it with the concerned person.”

Sanchi looked at them. The three were giggling. She didn’t expect that kind of a reaction from them. Anand walked towards her and gave her a warm hug.

“Aww! My darling Durga, we can never afford to make you run like a headless chicken. Can we? So sorry that we made you feel this way. I swear to never ever make you feel that way.” He planted a kiss on Sanchi’s forehead.

“We promise too,” said her parents in law in concurrence as the four had a hearty laugh.

Dear readers, it takes that one moment of guts to speak your mind out. Never expect anyone else to fight your battle.

I'm a stock trader by profession. A yoga enthusiast and a qualified Yoga therapist.