Society has denied them human rights. But recognition by NHRC of sex workers as ‘women at work’ will help get them get these legally.

The National Human Rights Commission has issued an advisory on protection of women’s rights on 7 October 2020. This advisory has been issued to take into account the changes caused by the COVID-19 pandemic, and its disproportionate impacts on the lives of women and the marginalized.

The advisory has been issued after an impact assessment undertaken by a Committee of Experts on Impact of COVID-19 Pandemic on Human Rights and Future Response. The committee included various social workers, independent experts and representatives of various departments and ministries. It also requested respective ministries of states and union territories to implement its recommendations.

A strikingly progressive directive of this advisory has been with relation to sex workers.

Under the newly issued advisory, sex workers have been recognized and protected under the ‘Women at Work’ section. It has also included sex workers in the ambit of informal workers. This would help them to procure temporary documents required to reap the benefits of various social welfare schemes.

The advisory also recommends setting up of a task force on gender based violence to coordinate and monitor support and prevention services. Moreover, moratoriums would be given for all loans taken by them.

Sex workers have always been part of society

Sex workers have been an important part of our society but have still remained on the periphery. Society has always been uneasy in accepting them let alone giving them their due share of respect and rights.

There have been various degrading words which have been assigned to them since ages. Even if it is a man who regularly makes use of their services behind the doors, they have seldom been accepted outside the four walls. The patriarchal set-up of the society has mandated their dehumanization, exploitation and degradation for its own benefit.

In other words, in keeping sex workers at the lowest rungs of the society and making them a social stigma, the society accomplishes its task of keeping them deprived and unaware. Highly unaware of their social, political and economic rights, they seldom assert themselves and press for a change in their social position, thereby making their exploitation easier. In their unaware state lies the benefit for a society which makes the most of it.

The relevance and existence of sex workers cannot be denied in any period of history.  Under the garb of tradition, culture and values, they have been reprimanded and undervalued. Moreover, their profession has also been seen as lowly and seldom recognized as a valid profession as well. They have been discarded as “unwanted social elements spreading filth in the society” and jeopardizing its ‘purity’.

Let’s give the human rights due to them

Sex workers have been a part of our society since times immemorial, but their human rights have also been violated since times immemorial. Unaware of their social, economic and political rights, they are never able to utilize the limited benefits provided to them and have remained on the lowest ladder of the social order.

The advisory issued by NHRC has been welcomed wholeheartedly by many social activists and various sex workers’ organizations. It has been termed as a positive step towards affirming the identity of the sex workers as women at work. This shall also make them acceptable to society.

This initiative would be an important step in getting them their rights. Being recognized as informal workers will allow them to avail all the benefits of the social welfare schemes availed by other informal workers. More importantly, this also recognizes sex work as a profession, which is a landmark in their struggle for acceptance. This shall also enable them to get a ration card made and avail other benefits of the public heath infrastructure.

The advisory has been well received by social workers and sex workers themselves. They call this to be a small victory in their long battle of rights and equality.

Image source: a still from the film Chameli 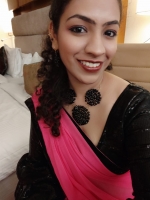