Why Are We Taught To Respect People Simply Because They’re Older?

Can't it simply be 'respect everyone,' rather than 'respect your elders'? Respecting the person is more important than respecting their age. 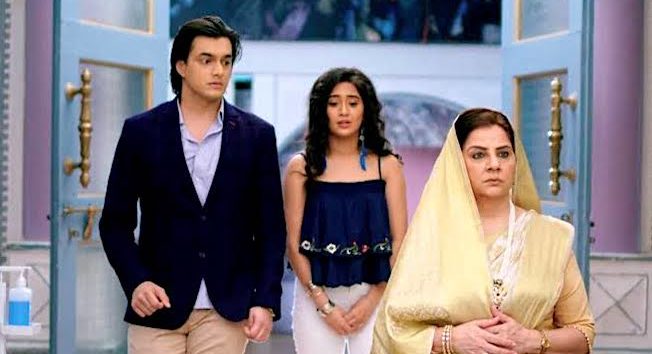 Can’t it simply be ‘respect everyone,’ rather than ‘respect your elders’? Respecting the person is more important than respecting their age.

I am sure this is that one cliché statement we have all heard right from our childhood. And I am not specifically talking about these things being taught to a girl. But any child growing up in an Indian middle class family is taught to respect their elders, irrespective of what they do.

Why do we have to respect them simply due to their age?

I still remember, a lot of times, even as a child, I found myself perplexed as to why the ‘respect’ was not generated for specific people around me. To me, at that point of time, respect mean, ‘a deep admiration for someone for their qualities.’ And I always wanted to question my parents why being an ‘elder’ was a quality that earned an automatic respect. Especially when their presence or conduct made me uncomfortable and I had to put in an extra effort into respecting the ‘elder.’

Why did that ‘admiration’ not come naturally to me for the people? And why did I have to put in an extra effort to show my respect to them when I could sense they don’t have anything I would admire about them?

The pressure of having to respect the elders was imposed on us to the point that we could rarely raise our voices if we were harassed mentally or physically. For me, respect has and will always be my priority and as a child, I encountered the confusion of ‘what is to be respected and what is to be confronted?’

What if respected those who deserved and not just the elders?

This is indeed a gap in giving a right upbringing and is majorly seen in India. Even with strong likes and dislikes, what got us angry was the unnatural respect we needed to show a few of the elders in the family, at work or at school.

At times, I feel we have wasted a lot of time in our lives struggling with the confusion and tolerating so much shit from people who we struggle to respect. People who ‘need to be respected’ simply because our parents taught us to ‘respect the elders.’ That is definitely not justified.

Can’t it be as simple as ‘respect everyone,’ rather than ‘respect your elders’? Respecting the person is more important than respecting their age. And if we had been taught this simple philosophy, maybe, we wouldn’t have allowed such mistreatment in our lives. The mistreatment we have tolerated simply because we are taught to ‘respect the elders.’

Why must we respect those who make us uncomfortable?

I contemplate why my friend was made to respect an uncle who made her and all the females in the family uncomfortable with his dirty gestures and words? Was he allowed to cross his limits simply because he was an older member while the others were taught stay in their shrunken limits?

I still remember how we could never raise our concerns about the conduct of certain people simply because they were older than us. Not just family but even teachers who preached like God showed their lustful acts and harassed students when they found an opportunity. And as students we never raised our voices because they were elders and more importantly, they were our teachers.

I can make a list of people – both men and women, who have attacked my respect, grace and peace of mine. And I couldn’t even speak up or do something to stop them from doing it again simply because of the respect they got due to their age.

What a waste of life!

Now I respect everyone who deserves it, despite their age!

Today, I don’t shy away from respecting children if their actions or words make me admire them. I respect the dog who escorted me at night to my car and gave me a feeling of being protected.

And I also respect the house-help who is a widow and the only earning member of the family. She is the only one who pays off her debt from her salary and is proud that she brings up her children without any help from anyone. I respect the security guard who immediately came to rescue when I fell short of cash to pay an auto driver. Our security guard paid on my behalf.

So here’s my request to parents – Teach your child to respect actions, thoughts and conduct, irrespective of gender, position and age. Help them learn to raise their voices to their parents or guardians immediately if they find themselves uncomfortable by the presence of someone, even if it is a family member.

Respect needs to be earned and no one in the world has the right to ‘respected by someone’ simply because they’re older.

6 Cliché Statements That Have Been Used to Brainwash The Girl-Child!

It Was My Call To Liberate Myself, And I Don't Have To Justify It

3 Absolutely Atrocious Statements Single Women Get To Hear At Work

5 Regressive, Hurtful Things Young Women Like Me In The Marriage Market Always Hear

Why Is A Girl Expected To Know Everything About Everything Right From The 1st Day Of Marriage?

She Knew This Marriage Was Destined To Die...