Why do we compare 'motherhoods' or decide that someone is the most sacrificing mother? What are we trying to prove by comparing our struggles and to whom?

Why do we compare ‘motherhoods’ or decide that someone is the most sacrificing mother? What are we trying to prove by comparing our struggles and to whom?

I was aimlessly scrolling up the feed when a comment grabbed my attention. Not surprisingly, this happened because the post was about a person I have always held in high esteem – Sushmita Sen.

A woman had put it across quite bluntly that Sushmita Sen knows nothing about motherhood sacrifices because she hasn’t given birth to her daughters. She mentioned categorically that it starts from when the embryo is formed and all Sushmita Sen has done is give a good life to adopted kids, making it sound like a cakewalk.

As they say, there is prudence in not reacting to all the noise on social media but this was not just a random, ludicrous comment. While I did respond to the woman stating that her comment was not just insensitive but also disrespectful to mothers who have adopted a child, I realised that this thought in reality is reflective of the mindset harboured by many people in our society.

What exactly is ‘true’ motherhood?

I wonder if motherhood is a race? Are we in it to seize the trophy of the most sacrificing mother? What are we trying to prove by comparing our struggles and to whom?

It begins with propagating the idea that true motherhood is experienced only when you conceive which is why there is still a blistering stigma around infertility. Once you have a bun in the oven, then natural delivery becomes the real deal and if you have undergone a C-section, you have had it easy.

No, it doesn’t end just here. There is the ‘breastfeeding versus formula milk’ war setup for you soon after and this list is a never ending one. It’s almost like ticking off boxes that cater to the flawed, systemic idea of motherhood.

Each mother-child bond is unique

To me, the beauty of motherhood is actually in its uniqueness. It is a shared experience with a child and hence, distinctive and individual in its very essence.

Jee Le Zaraa - This Time It's The Women Taking To The Roads In Movie Announced By Farhan!

They're Not Gone Forever... Some Day, My Words Will Rise Again 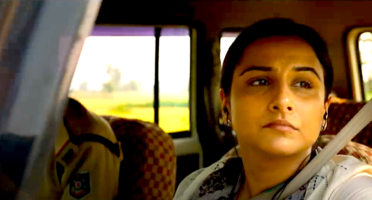 Can India's Shernis Reclaim The Spaces That Are Rightfully Theirs?