With Few Women At The Table, How Do We Ensure A Larger Number Of Women In The Workforce?

It’s time we recognised women as a big asset to the nation. A better gender ratio in the boardroom will only reflect a peaceful and a prosperous country.

Woman’s director on board percentage is 14.87 in India. When faced with these statistics, we often reiterate the Karma statement to ourselves.

“Numbers don’t matter. it’s the sense of doing something meaningful with our lives”

The problem starts at the grassroots

The problem most often is at the grass root level. In a country like India, it is the upbringing of a girl child. Her struggle to fight begins in the foetus itself.

Female infanticide is a bitter truth mirroring our country. Right from childhood, her education depends on the family income which favours beta. Her social indulgence is restricted, her appearance is based on judgements, and her mind is filled with false beliefs about work classified for men and women.

This social disgrace is not just confined to the poverty stricken and illiterates. Even in the most urbane families, the mind is cluttered with the same stigma around girl child.

The upbringing and freedom surely is in contrast to the underprivileged sections of the society, the underlying motive remains unchanged. Higher education and better exposure to life is just to please the societal status with the ultimate aim of kissing her goodbye into wedlock.

There is rarely the ‘work-life balance’ for women

A wedlock which impress as a very progressive family with shallow thoughts asserting women to be confined to the four walls of the house. Occasionally, when women from such families move out for work, the patriarchs justify by labelling it as ‘we allow women to work.’

While growing up, these preconceived notions most often cross paths with important decisions in a woman’s life. Through the thick, her limbic brain overrules the left brain. Women are forever striving for that ideal ‘Work-Life balance.’ And, sadly the choice for most parts remains family over career.

The working woman population in India is just about 24 percent. A further dig reveals the poor stats of women at the middle and senior management levels.

Well, I don’t blame the employers, women at different stages of their life end up taking unpleasant decisions. Whether it’s marriage, maternity or ageing parents, time after time opt out of their careers, on the pretext of ‘My work is not so important.’

Women are often made to prioritise personal commitments over work

Girls/women are still struggling with issues like child abuse, rape, acid attack, human (particularly girls) trafficking. With this saddening state we can only have either bar rising on the charts. It is important to bring down these numbers for our country to advance from 14.87 percent to 50 percent.

The LFPR (Labour Force Participation Rate) of females in India has dropped from 37.71 percent in 2001 to 23.83 percent in 2018. Clearly, the many women empowerment schemes have displayed highly inverse results.

Women have often prioritised personal commitments over career. However, employers have been equally hesitant when it comes to hiring and promoting women for vital roles. We need to raise both men/women in an environment where they don’t differentiate or think of roles differently.

So, how do we contribute towards this?

What can the Government do?

The Ministry of Women and Child Development needs to form and implement strong policies and strict laws to abide by. In the past, there have been suggestions to offer tax incentives to corporate that employ women workforce in organisation. These kinds of initiatives point a move in the right direction. It will ensure that employers refrain from any job denial to women based on prejudices.

How can the society help?

The old school of thought needs to be altered, and we need to stop differentiating between men and women’s capabilities. Seldom given importance, equal rights and similar exposure plays a vital role in shaping up a child’s IQ as well as his/her EQ.

And finally what can women do?

Stop seeking sympathy. Empathise with the state of your country. You are important and your contribution is far reaching. Indian armed forces sacrifice to contribute towards the nation whereas your sacrifice proves to be detrimental in that order.

It’s time you recognise and regard you as a big asset to the nation.

A better gender ratio in the boardroom only reflects a peaceful society and a prosperous country.

Together we can bridge the difference! 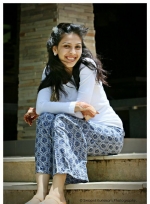 Partner at SPRIHA Timepieces. Earlier worked at a iFAST Financial Services as a Research Analyst

Why Debate On Deepika At JNU? Focus Instead On Our Gender Violence Problem, Seen In Chhapaak

Deepika, Priyanka, Or Sushma Swaraj – Trolled ‘Coz They’re Women, Not For An Ideology