Whether By Choice Or Due To Genes, Can’t Bald Be Beautiful Too?

Hiding your bald scalp with a wig should be the same as hiding naked skin under a dress or using make-up to hide acne. Can’t bald be beautiful too?

We obsess over our hair and define others by it too, to the point where the hair-care industry has crossed over a billion dollars! Our hair is inextricably linked to who we are, so what happens when you lose it?

I come from a family where baldness is pretty much hereditary. Being a woman, I am grateful that I did not inherit this gene. But I do have family and friends who have been through the stressful process of partial or complete balding.

Why is it such a matter of shame?

In an era where our physical appearance tends to determine our self-worth and happiness, being bald can be highly daunting and often, a traumatising experience. For those who have chosen it as a temporary look, it can be an exciting journey. But for a majority of the rest, it leads to negative experiences. These include rejection from the opposite sex, bullying, being the object of ridicule or even being head-slapped for jest.

The process of balding can be shaming for both, men and women. For women especially, it might be harder to be accepted in a society where bald women are considered either rebellious, villainous or celibate. Since they do not fit the regular ‘pretty and beautiful’ description, it can become even harder for them to feel good in their own skin.

Today, when so many of us are speaking up against the violation of human rights, why aren’t we saying anything about those being judged for their baldness, either natural or chosen? For a generation that advocates complete freedom of personal choices, whether its through make-up, cosmetic surgery or wearing a bikini. Why is wearing a wig still looked down upon?

Does it stem from our entertainment industry?

A colleague of mine is a cancer-survivor and had to go bald during the difficult stage of chemotherapy. Her loving husband decided to go bald with her. But when their dutiful daughter wanted to do the same, she was made to step back out of the fear of being bullied more than she already was. How can we allow a world where a 14-year old cannot even decide to support her mom and opt for a hairstyle of her choice?

Given the influence of the entertainment industry on our thinking, we cannot ignore the fact that ordinary people were almost never shown bald onscreen. Those who were bald were either highly unfortunate or evil witches.

The recent Bollywood movie, ‘Bala,’ aptly depicts the challenges that come with losing your hair at an early age. It also conveys how hair transplant surgeries can be unaffordable for many and might not even work for a majority of the population.

The 2010 film, ‘Nappily Ever After’ is another such movie. It shows the journey of a woman with her hair, being rejected by others, accepting her own self and finally, finding self-love.

The reason as to why a person chose to go bald or decided to wear a wig – should be no one’s business but theirs. Hiding your bald scalp with a wig should be considered the same as hiding naked skin under a dress or wearing make-up to hide acne. It’s simply about putting your best foot forward. Can’t bald be beautiful too?

The availability of coloured wigs, toupees and various styles of hair extensions is representative of the fact that there is always hope! And no matter what look you choose, you deserve to be treated like any other person with a different set of preferences.

Today, Anna Fitzpatrick, a New Zealand model and Gail Porter, a Scottish media figure, have internationally normalised having alopecia (a condition that causes hair loss) Mahatma Gandhi, the Father of our Nation and the icon on every currency in India, was bald. Jeff Bezos, the founder of Amazon, flaunts a bald look himself. But do we care more about his greatness or his baldness?

We can debate about the reasons as to why baldness can often seem like something to be ashamed of. However, the important question remains. Whether would you be able to accept a bald person as your partner or even as a friend, with no judgements or feelings of ridicule? If not, it’s time for all of us to change our way of thinking. Because BALD IS IN and it’s here to stay!

Cheers to the bald and beautiful out there! 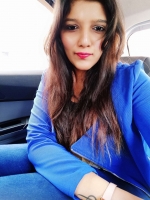 These Ugly Social Norms Compelled A Mysore Girl To Kill Herself