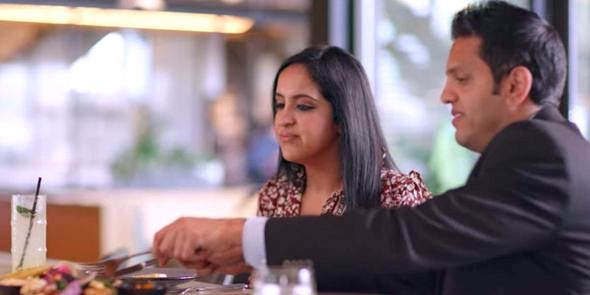 Regressive As It May Be, Indian Matchmaking Is Still A Harsh Reality For Many

We may criticise Indian Matchmaking for being regressive. But can we deny how sexism, casteism, body shaming and colourism is still so rampant?

It is quite surprising that we find the Netflix original ‘Indian Matchmaking’ a cringe affair. Isn’t that what we live on every minute in our own families/circles/communities or the overall society?

Having been through this ‘alliance seeking circus’ more than a decade ago, I completely empathise with the trauma a girl goes through in the process.

In our society, a woman’s eligibility for the perfect wedlock is measured in terms of a stereotypical yet irrational demand from the groom’s side. One of ‘looking for fair, slim, educated and homely bride!’

Every my progressive parents succumbed to society’s norms

Though I boast of progressive parents and upbringing, unfortunately they too had to succumb to the dictums of the society. Hence the match seeking business started as early as when I was 23 and was yet to complete my post-graduation.

I remember rationalising with my father and failing each time as to why this was too early and hence unnecessary at that point of time. All I sought was to be financially independent. Though a part of him agreed with this, there was a part of him that seemed accountable to society.

I still shudder in disgust when I think of the moments where I sat in front of the groom’s family only to be rejected for my complexion, height or even weight! And I had the worst ever meltdown when a prospective groom’s mother matched her skin colour to mine to see if I was cosmetically compatible to her son.

I even had doubts about my existence. Was my qualification or even job aspiration immaterial? And no, this did not end there! Though I sensed the discomfort and helplessness in my parents’ eyes as they gave in every time.

Will I allow my daughter the same?

I still wonder would I ever allow the same for my daughter when she grows up? Absolutely not! I will never have the heart to do so. So were my parents wrong? Unjust? Now when I look back may be yes, to some extent!

Indian Matchmaking shows pushy parents, deluded men/women seeking their Mr/Ms Right. And in their quest to reach this penultimate perfect, Sima Taparia, the quintessential Indian matchmaker comes into the picture.

Her constant emphasis on for getting a ‘good life partner’ you must ‘compromise’ is vain. It is as vain as the nagging mommies egging their aimless sons to select a girl from the hundreds of biodata she shares.

Sima’s business associate Geeta takes the cake in superficiality too. Especially when she pronounces the judgement that women are ‘supposed’ to invest more emotionally than men. They are the perfect examples of nosy neighbours and agonising aunties who interfere in our lives every single day.

It is utter shame that our society abounds in Simas and Geetas forcing their own tribe into deep quagmires. These individuals hold women responsible when they fail to live up to the baseless expectations of the society and its rule makers.

Watching Indian Matchmaking was pure déjà vu. However, being academically glorious and financially independent didn’t come to my aid when I went through the circus of meeting and greeting the groom’s family.

Besides being torturous it was hilarious how the families gorged on sweet meats even before an actual conversation was initiated. And somehow till this day, a bride’s family and their aspirations are made to take a backseat unnecessarily.

It was all good

Sadly enough sometimes even our own parents are yielding and hence they succumb to unsolicited advices and suggestions. Even my father did.
One of the incidences left an indelible mark on my mind. It was when a family from upscale Mumbai came visiting on us, on the pretext of a possible alliance between their son and I.

The son was an Assistant Researcher at Bhabha Atomic Centre and had supposedly ‘approved’ of my photograph. However, him and his sister couldn’t make it for the trip but his parents obliged.

As always my father being the conventional parent to a girl child was excited beyond words. The day of the meeting arrived. As soon as the prospective groom’s parents seated themselves, they asked me to sit close to them.

After exchanging few basic questions they declared their earnest intent of taking this ahead. Of course, my parents felt good. And to some extent I too felt relieved… for them!

All seemed fine until…

What was interesting, they left with a commitment that this was it and that their search for the “perfect life partner” for their son had ended at our door step.

They left making a promise to my parents that in the following week or so, we would exchange rings and also finalise the wedding date.
Being a daughter to Indian parents, I can easily say that night was one of those rare occasions when they had a sound sleep after a long time. And so did I looking at the relief on their faces.

Days soon passed to turn a month and uncannily, there was no further communication from the groom’s family in Mumbai. I could sense a restlessness in my parents but their self respect stopped them from calling.

They knew the inevitable, that turned into the most obvious thing that morning. When questioned, the groom’s mother replied, ‘Apologies, but my son has a certain reservation regarding another girl!’

I had a few more failed relationships

This surely came as a huge shocker for all of us because for sometime we’d begun believing that this was it. Post this incident, my parents could hardly initiate any conversation with me and neither could I.

Eventually, two failed relationships left me scarred emotionally but helped me gain a lot of insight into the human psyche. What’s more, one of these also left me financially swindled!

They say most unpleasant experiences help you appreciate the pleasant ones and I am not a non-conformist to this idea. Out of all the marketing gimmicks that Indian matchmaker Sima Taparia pointed out rightly is ‘when it’s right it’s right’ with respect to marriages.

And so did it happen in my case. Love blossomed when it was least expected and how it did.

I realised I too could be loved!

Meeting Ragavendran (my husband) was the most beautiful thing of my life. It would sound straight from a fairy tale if I point out how idealistic it all seemed and eventually turned out to be.

His entry into my life happened at a time when I was completely distraught and shattered. I had lost the last drop of hope from humanity. But he somehow reinstated my faith once again.

Perhaps all my previous failures/unpleasant experiences left me skeptical about everything I did next. For the same reason it took me a while to get convinced that I too could be loved!

On the one hand, Ragavendran has been the knight in shining armour right from the pages of a fairy tale salvaging me from everything that was unfair. And on the other, he’s starkly different from the conventional heroes who didn’t have to make me try out the right shoe size to confirm I was his Cinderella! Till date it stands out to be true.

Isn’t that a reality we live in?

As I close on the last episode of Indian Matchmaking, I can neither live in denial nor hate the show because all this is so real. We live this, we breathe this. (And for me it is been there, done that until I was endowed a brilliant ray of hope in the form of a real man) This is surely the apt reflection of our societal norms and judgements we live with.

As much as we may criticise Netflix for portraying a regressive show can we deny how sexism, casteism, body shaming and colourism is so rampant across the globe? We may hate the show because it upholds and promotes all these on a global platform. But neither can we deny that is what the society thrives on.

However as the mother of a daughter who would eventually meet/date boys (until she finds the “real one”) when she grows up, I would advise her a few things. To give up easily on the ones who write her off for ordering a Mimosa on their first date. Or even on the one who aspires to see the reflection of his mother in her. And the ones who would agree to marry because their parents want them to do so.

There’s still hope for our future

But if we have men like Akshay and Pradhyuman who think it’s okay to judge a woman on the basis of their looks, we also have women like Aparna and Ankita. These are women who think it is absolutely perfect not to waver from what they want or deserve. And I completely stand by them.

After all isn’t that what we term as feminism? A woman standing up for another and saying, “You’ve got my back, no matter what!” Or even a man who wishes to take that extra mile for us!

Indian Matchmaking @Netflix – Do We Really Hate It? Or Do We Just Feel We Have To?