What Did Maya Want – Makeup For ‘Looking Groomed’, Or For Her Own Feel Good Factor?

“When I was young, you thought I didn’t understand anything. But I remember your lessons. You always told me to do things for myself, without caring about anyone else’s opinion."

“When I was young, you thought I didn’t understand anything. But I remember your lessons. You always told me to do things for myself, without caring about anyone else’s opinion.”

Makeup had always been a point of debate in Maya’s friend circle. Consisting of strong women who were all quite opinionated, this one thing divided them. On one hand were her friends who claimed that the beauty industry, on the whole, was for the male gaze, so we must avoid it at all costs. However, the second group disagreed vehemently. Makeup and other cosmetics were for themselves, not for anyone else. Choosing to use makeup meant that they made the choice themselves. And what was so wrong in wanting to look beautiful for your own sake?

Every time they met, they invariably ended the night with a round of extra beers because this debate wouldn’t end. This one night during the week was everyone’s time off from all responsibilities, whether they were married, single, dating or otherwise engaged. And they relished this time together, no one more so than Maya.

Maya was firmly in the pro makeup clan. However, she also believed that it was only right to allow each woman to make the choice herself. Telling her whether she should or shouldn’t use makeup was redundant to the debate, wasn’t it?

Maya headed home from the restaurant, happy to clear her head and get away from the constant debate. She called a cab to take her home. It was almost midnight, but the city wouldn’t even dream of sleeping. She had never felt unsafe, despite all the late nights at work or with friends. For her, this was business as usual.

She saw a car approaching her and quickly pulled up the license plate of her cab. After making sure it was the same, she got into the car. This extra 10 seconds had become necessary. Horror stories of women being harassed in cabs, or getting into wrong cabs hadn’t escaped her notice.

As soon as she got into the cab, the driver asked for her PIN. Maya was looking forward to a quiet ride home. The windows were down, and she could feel winter’s tentacles creeping towards the city. The cool air made her shiver, but she enjoyed it too. It was a welcome respite from the insanity the sun showered upon them during the day.

The cab driver seemed to be in a chatty mood.

“Are you coming from a party?” he asked.

“Yes”, she said. She did not want to prolong the conversation if she could help it.

“Must have been a nice party, because you are all dressed up.”

“Madam, can I ask a question?”

She knew that saying no wasn’t going to stop him. Chatty drivers rarely saw no as an answer, just as a roadblock to overcome in their need for a conversation.

She finally settled on, “ok”.

“Why do you put makeup?”

And this question left me pondering. Why do I really put on makeup?

To boost sales in the beauty industry?

To show others that everything is normal?

To make myself feel good?

For the longest time, I had gotten dressed each morning, applied a little eye shadow, painted the perfect winged eyeliner, added a little kaajal and ended with a bright lipstick. But Arun hadn’t liked it. He said it made me look too ‘forward’. What did that word even mean?

Actually, that should have been the first red flag in our married life. Which century was he living in? And who has he to tell me whether I was ‘allowed’ or not to apply makeup?

Eventually, I stopped. His constant nagging turned my mornings into a dark cloud that hangs in the sky before it’s about to rain. I liked my morning peace. I liked to think about the day ahead, drink a cup of coffee and list out my tasks for the day. With Arun and his nagging, my days went unplanned and chaos reigned supreme. I didn’t mind the extra chores. However, I did mind the constant gibberish he spewed about what I should and shouldn’t do and what women in his office did wrong.

By the time we separated, I owned no makeup. I had thrown out all my cosmetics because even looking at them sent me into a downward spiral. I moved back home with my parents. I kept working without any makeup. I stopped looking in the mirror, because frankly, what was the point?

A few weeks after I moved back home, a teenage girl came to meet me. I couldn’t recognize her at first, but I realized that she was the same kid I used to babysit when I was a teenager! How time flies. She had come home from college and had heard that I was home. She came down to see me immediately.

“Didi, I have always wanted to thank you.”

“When I was young, you thought I didn’t understand anything. But I remember your lessons. You always told me to do things for myself, without caring about anyone else’s opinion. And I used to love watching you put on makeup each morning. You did it for yourself, without a care about anyone else.”

Maya was speechless for a few minutes. She hadn’t realized the impact she had had on the young child. She had just been prattling on and on about whatever she thought was right, and this young girl had taken it to heart!

“Well,” Maya said, “I didn’t know you actually listened to what I was saying!”

“But Didi, I did! And that’s why I decided to become a journalist. Even though everyone in my family said it’s not a safe profession. It was you who inspired me to take this path.

But Didi, why haven’t you put makeup today? Aren’t you well? What’s wrong?”

“Nothing sweetheart. I woke up late, that’s it.”

“Didi, I will come back to see you before I go back to college, but I want to see your favorite maroon lipstick then, ok?”

I smiled and said ok and she left.

I realized that I had stopped doing one of the things I loved the most because of someone else. And that was the exact opposite of what I had been preaching my entire life. That day, I want out and bought my favorite makeup items. Nothing compares to the thrill of taking something out from its plastic packaging and trying it!

With this trip down memory lane, I realized that I was on neither side of the makeup debate because I had my own side! Makeup was an integral part of my life and there was nothing wrong with it. Why should I be ashamed of wearing makeup? Why should I be judged for wearing makeup? It is a personal choice and not one made for the public. So I took out my compact and lipstick and brightened up my lips before getting down and walking home.

Editor’s note: This story was shortlisted in the October 2019 Muse of the Month contest.

I am a writer and run my own content writing firm based out of my home town. Writing has always been my biggest passion, but reading and drinking coffee come a close second and third. read more... 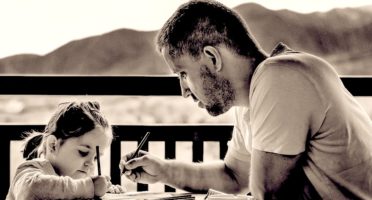 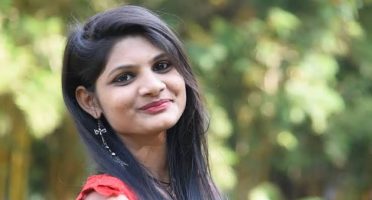 Why Should Returning To India After A US Education Mean I'm Not Serious About My Career? 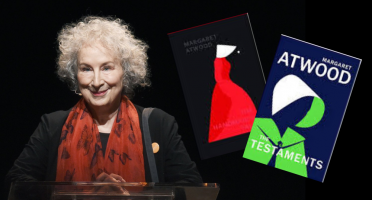 The Testaments: Why Do Margaret Atwood's Words Have Such A Profound Impact On Us Today? 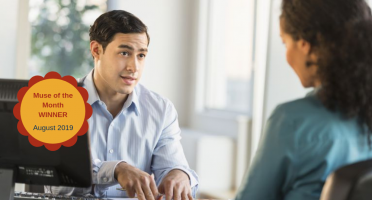 We're (Not) Banking On A Woman's Business Plan On That Windy, Rainy, Overcast Day, She Had Finally Had Enough