Kerala govt will no longer put up details of couples marrying under the Special Marriages Act 1964 on its website, to protect them. Athira Sujatha, the woman behind this, speaks about what happened.

Kerala govt will no longer put up details of couples marrying under the Special Marriages Act 1964 on its website, to protect them. Athira Sujatha, the woman behind this, speaks about what happened.

Women like Athira Sujatha who demand changes in regulations, stand up for their rights and refuse to be intimidated by threats and harassment are real assets to society.

Government of Kerala’s decision to forgo the requirement for uploading the marriage application under the Special Marriage Act to its website has been hailed as a step in the right direction towards making love marriages safer in the state. The decision came after many interfaith couples’ marriage documents were downloaded from the website and used to harass them via Whatsapp and Facebook. Their photos and personal information was circulated online.

Athira Sujatha and her husband Shameem were one of the numerous couples who faced harassment due to this. They decided to actively campaign against the communalisation of love and freedom of choice.

Here’s a chat with Athira Sujatha regarding the entire issue and how she got the authorities to make prompt changes.

The Special Marriage Act 1954 requires the marriage application to be displayed on a notice board to prevent any kind of fraud. It is accessible to the public for 30 days so as to raise objection to the marriage. The Govt. in an attempt to go digital decided to upload it to their website instead of the notice board. These documents which contain the addresses, phone numbers and other crucial private details of the couples were then circulated on social media and used to bully them.

This is a serious breach of Right To Privacy guaranteed by the constitution and upheld by the SC. Athira explained,

“Most interfaith couples are already battling through so many challenges and difficulties. Adding this kind of security threat which comes with personal information like address, photo and phone number being circulated on social media is a GROSS violation of privacy and an unhealthy intrusion into the freedom of matrimonial alliances. I knew it needed to stop because we were privileged to be financially stable and have our families’ blessing, many couples don’t have that.”

How it all started!

“Within 4-5 days of submitting our marriage application, there was a Facebook post that  had 120 other special marriage applications consisting of mostly Muslim men and Hindu women. There were many hate comments under it and it got 150 shares within 30 minutes of being up. My friends and I decided to report the posts. Then, they took the conversation to WhatsApp. Later my mom sent me a WhatsApp forward which read that ‘in this month around 108 Hindu women have been trapped by Love Jihadis’!”

The term ‘Love Jihad’ has come up every time a woman exercises her freedom of choice to marry someone she loves. It came up when Kareena Kapoor got married, when IAS topper Tina Dabi got married and it is clear that the intention of using the term is not just Islamophobia but also to curb women’s freedom and intimidate them into following social rules.

Women are not acknowledged as complete human beings capable of holding onto their religious beliefs post marriage. Any child they produce after marriage is considered to automatically belong to the father’s religion/caste. And it is this patriarchal belief that results in heavy policing of women’s personal liberty.

Why Athira Sujatha raised the issue

Athira says that she had initially decided to let the issue go. She was too excited and happy about her wedding and didn’t want to ruin her big day by worrying about hate mongers but something happened which eventually changed her decision.

“At the time I was really excited about the wedding. All my family relatives were coming, we had waited a long time to get married and we were organising everything to make it perfect. So we decided that we will figure these things out later.

Then the Kerala’s CM’s daughter got married to a Muslim politician. And I saw that the person who had posted about me was spewing venom about that wedding as well; they are not even sparing the CM’s daughter.

I was worried about the kind of impact it would have had on lesser privileged couples. Many other interfaith couples reached out to me about their application being shared on social media. I decided to write on Facebook about it. A lot of people read and shared it as well as brought it to the attention of the ministers. And G Sudhakaran sir took the decision promptly.”

Beyond the lens of communalism and hate, there are also the blatant patriarchal standards that make interfaith and inter-caste marriages rebellious especially for the bride. Women are seen as religious currency, traded and used to increase the religious population and keep it ‘pure’. They are reduced to their reproductive roles.

Athira points out, “The fear is that the children of interfaith couples will be a ‘hybrid’ and according to them will not be ‘pure blooded’. So the Hindu population will decrease. For me what is troubling is the patriarchal and misogynistic assumption that Hindu girls do not have a brain of their own and they will just fall for anybody. You cannot take away the agency of an adult woman and say that ‘she is naive and she does not know what she is doing, so she fell into the trap and got converted’.“

The provision for the marriage application to be on  the notice board for 30 days is unique to The Special Marriage Act only. Athira Sujatha says that this is discriminatory,

“If the Govt. is worried about fraud then there are multiple other ways to track it. Technology is so advanced these days, you can use Aadhar and other identifications. Also, the fraud will not happen only through the Special Marriage Act, it can happen through other religious matrimonial acts as well. Interfaith couples should be able to enjoy the same ease of getting married in the country as other couples.”

“I will be reaching out to respective authorities and try to bring that change. Many lawyers have reached out to offer me help and take legal measures regarding this. That’s really encouraging to me.”

While the decision of the Kerala government is a big step in the right direction, much remains to be done to give all citizens a level playing field, without either a nanny state, or policing from society over the agency of adults. Let’s hope things go the way of reason. 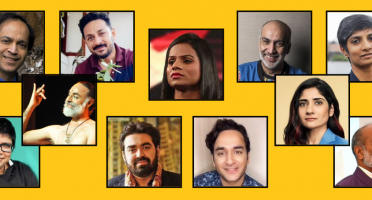