A mother in law in Andhra served her son in law a special meal of 67 dishes, and has the internet in a divide - is this 'wonderful', or just more of patriarchal glorification?

A mother in law in Andhra served her son in law a special meal of 67 dishes, and has the internet in a divide – is this ‘wonderful’, or just more of patriarchal glorification?

As if being born as a boy, the glorified ‘ghar ka chirag’ was not an achievement enough, being the much revered son-in-law is getting a notch better in the race. Another feather added in the cap.

And why should not the now glorified son-in-law be celebrated? After all he is now going to be the sole care taker of your daughter – the one you raised with so much love and affection, gave her quality education and taught her to live a dignified life, only to give away all the rights to her so called ‘independence’, to her husband. And now if you pamper ‘him’ in the name of tradition and because being the son in law he ‘deserves’ it, why should the world at large see it as a problem?

It’s a fact universally acknowledged that in the Indian set up, a son in law is the glorified being even more than the son, who needs to be given respect no matter what.

Well, this is no exaggeration. Take it from a woman who has seen it all – as the daughter and a daughter in law.

And when a woman from Andhra Pradesh laid a sumptuous 5 course meal consisting of 67 different items, and takes pride in the display, such thoughts are bound to arise.

Well, on one hand, all sympathies with the poor son in law who would now reel under the added pressure of tasting and praising such a gastronomical feast laid in his honour, on the other hand, the woman in me questions why this overtly display for a son in law.

In an already skewed world, why is this praiseworthy?

In a world, where we are striving hard to march ahead in the race gender equality and neutrality, such actions by a fellow member of the species called woman, takes us but 100 steps behind.

No, Here we are not being judgemental of the welcome the son in law in question received, but a question silently arises is why? Why? Why should boys have all the fun?

Why should they alone be celebrated in whichever role they assume?

Why as a daughter, my solo birth is still considered a burden at large whereas an additional son is celebrated all the more?

Why as a daughter, do I need to abide by the patriarchal set-up of listening to my parents and adhering to all their rules and regulations all in the name of my safety?

Why as a sister, am I answerable to my brother for any conduct that he might find questionable?

Why as a wife, am I under the ‘protection and care’ of my husband who is now the ‘sole custodian’ of my well being?

And why as a daughter in law, is it blasphemous for me even to think that I should also deserve such treatment?

Celebrate sons in law, but celebrate daughters in law too!

Yes, there might be many justifications for the action of the lady in question who stood by the societal standards of serving the son in law to the best of her capabilities and resources. Yet, every sugar coated justification drips of  the patriarchal set-up we still find ourselves members and victims of.

I have no issues if you celebrate the son or the son in law.

But when the time comes, please celebrate your daughters or the daughters in law, sometimes, in the same manner.

Feminism has come a long way, but so far to go, yet…

Putting the actions of the lady aside, a quick analysis of the responses it has received proves that in this fight against patriarchy, there still remains lot ahead.

While some sympathised with the poor son in law expected to finish this feast which might pose a problem for his waistline, others wished to be born as son in law of the lady in question.

And if everyone wishes to be born as the son or the son in law, do we further need to put forth the injustice we silently do to our daughters.

A few responses did highlight the same sentiment: that when will a daughter in law receive the same treatment not as a privilege but as her equal right because in the deal of marriage to the son, she ended up with a not so fair bargain.

It might happen someday. Ohh! I am hopeful. But till then stop glamourising the act of welcoming son in law as on one hand, it adds to the already burdened list of do’s and don’ts to be followed by the girl’s side when expecting a son in law’s visit, and on the other it propagates inequality of the sexes. 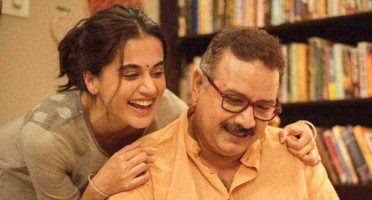