A (Traumatic) Night To Remember, Clearly Showing Me What Any Woman Could Face If Not ‘Lucky’

Being a woman, wherever you are, you're always going to be living a life at the edge, worrying about your safety. This is how it is. Even if people may believe otherwise.

Being a woman, wherever you are, you’re always going to be living a life at the edge, worrying about your safety. This is how it is. Even if people may believe otherwise.

I’ve taken a great deal of time and deep-breaths to process this emotional upheaval in order to pen it down. Yet somehow, I still feel the same fright every time I recall the details of what happened that night.

A late night trip to the airport

I travel a lot for work. Most of the travelling includes air-travel at various hours. This particular time, I had an early morning flight to catch at around 3 am. So, I left my place around 12.50 to get to Delhi airport, since it takes an unusually less duration of time at such hours to make it anywhere in the city, all thanks to scarce traffic.

Now I am aware of the oddities that are of concern here. The unsafe-ness of it. Travelling alone at such odd hours may seem like a recipe for disaster. However, I’ve been an optimistic traveller so far, not letting external factors hinder my plans. At least, not at the cost of my safety as I do comprehend the foolish extents of disregarding women’s safety in this country.

So, there I was—slightly on the edge, avoiding the frightening thoughts flooding my mind, and at the same time, trying to stay believingly optimistic. I sat into the cab and made small talk with the driver enquiring about the estimated time of arrival (ETA) and how I am in a hurry to catch my flight. To which I received all positive responses, putting all my fears and concerns regarding safety at bay.

Then, about 8 kilometres away from the airport terminal at Mahipalpur intersection, the driver stops the car at the roadside, claiming he needs to buy dinner for himself from this catering van parked right behind us. I was taken aback at first and protested gently by saying “bhaiya jaldi ho raha hai. Please mujhe chhod di jiye pehle” (I am awfully late, it would be better if you dropped me first). He responded by telling me how he won’t be able to make a stop here again as getting another ride after dropping me was a certain possibility and that he was terribly hungry.

I don’t know why, and I probably shouldn’t have but I relented to his need. At that moment, I lost heed to my qualms about the late hours, the location, or even about being a lone woman in an extremely perilous situation. He stepped out and walked behind, to this car that was stood visibly surrounded by people, all of who were men, who seemed to be other cab drivers/ passers-by/ drunk guys stopping over for some food.

A panic stricken 7 mins; a lifetime

The next 7 minutes were one of the most horrid, helpless and distressing of my life. While my mind wouldn’t stop racing around the 500 possibilities of the gruesome and evitable things that could happen to me, a part of me clung on to the hope that this will be over in a minute or two.

I couldn’t, even for a second, take my eyes off the driver who I could faintly see was huddled behind the car where food was being packed while chit-chatting with other men who stood there as well. To add to my trauma, 3 other cars came hustling in with loud music playing, from which more men stepped out. Many of them passed by and were to peep inside my cab, gazing at the woman sitting alone, visibly scared. What felt like a really really long time, finally came to an end when my driver came running towards the car with a packet of food dangling on his arm.

My optimism was lucky again. The cab driver was not the man I had come to fear in the last 7 minutes as I anxiously sat in the parked car.

The most monstrous of fears

To be honest, I still haven’t calmed down. I’m still anxious. Of how a tiny diversion or a stop-over could make all my monstrous fears come true. Of how I will probably never be able to shake this irksome feeling off when or if I travel alone in the night again. Of how a small moment can make you see how powerless you really are and how your independence, your education, and your agency amounts to moot in your helplessness.

This is not to say I was weak. But the essential nature of my position in the world where I live is.

Never let anyone, especially a man tell you to ‘calm down’ or to ‘stop overthinking’ at moments you feel your sense of fear and insecurity swell up. You’ve lived a life in constant fear, in spaces so masculine where it’s a crime for your kind to be out after a certain hour. Your ‘acts of rebellion’  no matter how small, always make you realise you’re always going to be living a life at the edge, being a woman wherever you are. This is how it is. Even if people may believe otherwise. This is the truth for you. A huge part of your being. An unfortunate awareness you carry with you every day.

I decided as I neared my destination that I had to, no matter in what way, voice to the driver how his lack of sensibility and judgement had affected me. As I paid my cab fare, I left a word of caution with the driver, “bhaiya kisi bhi Mahila ke sath agar ride ho toh, aise beech mien mat rokiyega. Bohot ghabrahat ho jaati hain humein” (Next time, if you’re driving another woman at this hour, please do not make a stop in the middle. It doesn’t make us feel comfortable). He smiled and reinstated my faith in the all-abiding misogyny that is this society by saying, “madam, harr admi bura nahi hain” (Madam, not every man in this world is bad).

It was that night, in that very blow of words when I sat the edge of the cab seat ready to jump out and evade a nearly dreadful hour, a heart-breaking realisation dawned upon me: as a woman, I will always have to fight—often misogyny, hopefully never violence and always the overpowering presence of male privilege. 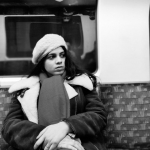 A menstrual hygiene management trainer by profession, and a lover of words—written and spoken, by disposition. I try to look for Beauvoir’s 'mitsein' in everyday life, treading my path carefully with RHCP’s read more... 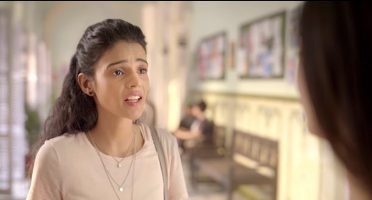