Had enough of Hollywood & Bollywood? These three Bengali movies on Netflix and Prime Video are refreshingly unusual, in what they cover, as well as how they do it.

Burnt out after months of binge-watching high octane American sci-fi and thriller series and Indian crime thrillers set against the political backdrop of UP and Bihar, I searched for some simple, upbeat, factual and regional movies and ended up watching the three Bengali movies I am talking about below.

They were a refreshing watch and provided good edutainment and effective awareness. 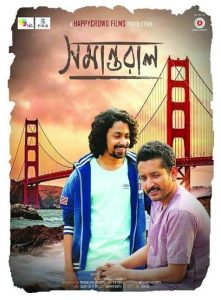 Short Review: Released originally in November 2017, Samantaral is set amidst the backdrop of an old style middle class Bengali bari. It is a family drama centred around an individual who is assumed to be mentally afflicted in some way, and who has been under house arrest (read, room arrest) for years.

His adult but orphaned nephew visits the house after three years, empathises with him and tries to find the reason and cure for his lost state. He is well supported in this endeavour by his girlfriend.

Watch the movie to find out the shocking reveal. Hopefully, viewers will learn a few overdue lessons from this film. 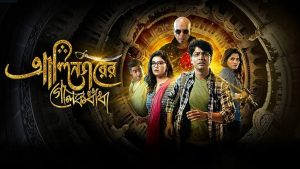 Short Review: Released originally in April 2018, Alinagarer Golokdhadha presents an interesting trail of riddles, with clues pertaining to the centuries-old history of Kolkata and its nearby regions; the trail leads to an exclusive prized possession, with a parallel track of crime and greed for the same object.

Alongside, there is a good peek at the modern day reality and decay of the age-old affluent rajbaris.

Full of edutainment, this movie is an interesting watch. You will end up learning a lot about the ‘city of joy’ – its people, historic monuments and food, ever since it was a collection of three villages, till it was captured by the Britishers, followed by Siraj ud-daulah, then again by the Britishers.

If you are wondering about the nomenclature of the movie, then watch the movie and find the close connection between Alinagar and Kolkata! 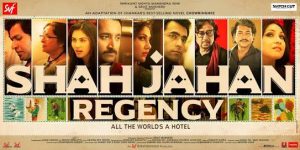 Shot beautifully in relatively dim light, befitting the interiors of a posh and iconic city hotel, the movie covers all the nooks and corners of a hotel named ‘Shah Jahan Regency’ and different aspects of the lives of the people connected with it, starting from its owners, to its staff, patrons and visitors.

Subtly paced, the movie gives a well-etched view of life in modern day Kolkata, all inclusive of its beauty, ugliness and irony.

It’s a one of a kind movie that will keep you glued to the screen and leave you with a faint streak of dismay, establishing the fact that all that glitters is not gold and nothing in this life can be taken for granted.

I hope you enjoy watching these three Bengali movie reccos from me!

Why Does My Mother-In-Law Dominate Me? Bengali Movie Mukherjee Dar Bou Explores