Yeh Ballet Is A Dream Come True Of 2 Mumbai Slum Boys Who CHOSE This Dance Form; On Netflix

Yeh Ballet is a joyful true story of how two young men from the Mumbai slums broke shackles of a patriarchy that stigmatises boys for a 'feminine' dance.

Yeh Ballet is a joyful true story of how two young men from the Mumbai slums broke shackles of a patriarchy that stigmatises boys for a ‘feminine’ dance.

I recently watched the Oscar nominated filmmaker Sooni Taraporevala’s Netflix original movie Yeh Ballet, based on a true story, and I was surprised that this extraordinary film did not receive the attention it deserved.

The film takes us on a journey of two boys Nishu and Asif from the slums of Mumbai who get accepted into globally prestigious Ballet Institutes. The story is based on the true stories of two Mumbai boys, Amiruddin Jallauddin Shah and Manish Chauhan who got accepted into global Ballet Academies with scholarships. The character of Nishu is played by Manish Chauhan himself.

Miss Taraporevala had made a documentary on them, (also titled Yeh Ballet) back in 2017 which brought them into the limelight and now she has made a movie based on their stories.

The movie Yeh Ballet is a breath of fresh air and keeps the audience smiling from the beginning till the end. The plot covers all the integral parts of these boys’ life like religion and class but without dwelling on anything other than their sheer talent. Even their dance instructor played by Julian Sands based on their original instructor Yehuda Maor has been given a character depth of its own. 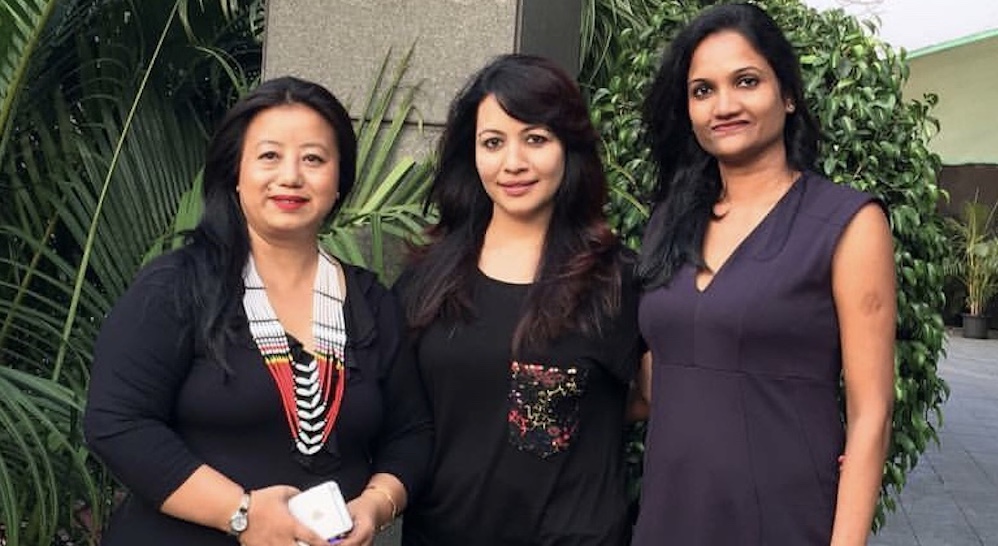 This movie will make you realise the colossal amount of talent that India has and how much of it never sees the light of the day.

Initially both of their families are against their dance and the lack of money it will generate for the family. Yeh Ballet will make you realise how many teenage boys with tremendous talent have to give it up to accept the masculine role of being the ‘bread winner’ of the family at a young age.

Also, the juxtaposition of two boys from very rigid cultural background not only choosing but also excelling in a traditionally feminine dance form like ballet is truly heart warming.

Both the boys’ family eventually accept and support their talent which concludes their stories with a happy ending. One specific detail that made me immensely happy was the boys’ praying in front of tiny temple, church and a dargah all neighbouring each other which is an actual location and not a set up for the movie.

Watch the trailer of the movie Yeh Ballet here

This movie is for anyone who is looking for an inspiring story of hard work and especially for parents who have children with unconventional dreams and aspirations.

Even today, dance is considered as a feminine pursuit in many places throughout India and a lot of young boys are discouraged from choosing it as a hobby let alone a career.

Just notice the amount of negative criticism that young boys who make Tik-Tok videos get. It’s a far cry from ballet but these boys are constantly questioned on their masculinity and sexuality based on nothing else than the casual dance and amateur acting videos on Tik-Tok.

Patriarchy not only forces young girls into kitchens but also forces young teenage boys to give up their dreams and provide for their family. Both boys and girls are forced into their respective gender roles at a very young age before they even have the time to realise the injustice in it.

Even adult men are questioned on their masculinity on a regular basis. How many times have you heard the term “joru ka ghulam” or some similar phrase being used for every time a husband is being considerate towards his wife? How can we expect men and women to be equal when men are being shamed into dominating and controlling women? In order to ensure that women are treated with respect and kindness, we have to first allow our men to treat them with respect without questioning their masculinity.

We have to redefine manhood from a very young age. Only then our society can be truly equal. Yeh Ballet is a good place to begin, with your kids. Watch it with them, and then take the next step.

Want Comfy Dancewear? The Dance Bible By Aditi Kaushiva Is For You!

Dancers assemble! If you're looking for fun and affordable dance and activewear, The Dance Bible by Aditi Kaushiva is the place for you!

Dancers assemble! If you’re looking for fun and affordable dance and activewear, The Dance Bible by Aditi Kaushiva is the place for you!

She describes her work as:

We believe that movement is a lifestyle – be it dance, yoga or fitness – you gotta keep moving! So, we are on a mission to empower everyone through dance and beyond. The Dance Bible is a one-stop-shop for all dance and movement enthusiasts. We provide high-quality, accessible & affordable activewear, dance clothing, accessories and also management and marketing services for artists.

Where can you find them?

You can find them on their Instagram handle right here!

Despite A Promising Title And Wonderful Cast, Ek Thi Begum Failed To Impress Me

Ek Thi Begum is a story of a Begum and her struggle amidst the kings of the world. It shows how she deals with and defeats all the kings, one by one.

Ek Thi Begum is a story of a Begum and her struggle amidst the kings of the world. It shows how she deals with and defeats all the kings, one by one.

If there is one thing that all Indian OTT platforms have upped their game on, it is crime content. After the Bhokal Crime series- based on the crimes in Uttar Pradesh- MX Player has already made a mark for itself in this genre.

Now, they’re back with a series based on Mumbai’s crime – Ek Thi Begum. The 14-episode series revolves around the Mumbai underworld. And in this backdrop is the story of a Begum among the kings. She slowly, one by one, defeats the kings even as they try to find out who she is.