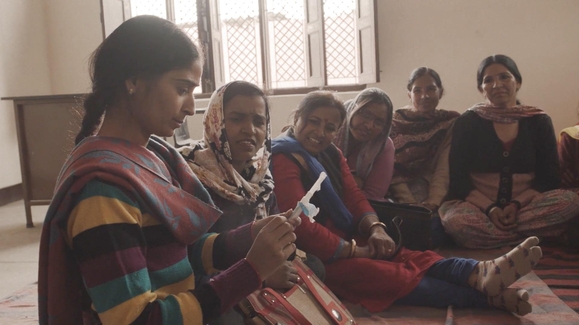 Sanitary Pads Essential For Women, Not On Initial Essentials List For Govt?

In the initial essential list, sanitary napkins weren’t even mentioned. It took journalists and Twitter for the Union to amend it. How long will this go on?

Due to the coronavirus pandemic, on 23rd March, the central government announced a nationwide lockdown. During this lockdown, the production of essential services is not supposed to stop. Now the catch is- there is no proper list of what essential items are.

In the original list of essential items, food items like edible oil, seeds, vanaspati, pulses, rice and sugarcane were added. For the non-food items, petroleum and petroleum products, jute and textile were all considered.

However, what was not taken into consideration were sanitary napkins and women’s menstrual hygiene products. Thanks to that, sanitary napkin factories shut their plants down. Neither the central government nor the state governments had these in their lists of essential items.

Production of Sanitary napkins must be allowed during lockdown so that stocks don’t run out.

This is yet another example of #LockdownWithoutPlan & insensitivity.

I hope this is rectified by the Govt of India & all states. @INCIndia @PMOIndia @MinistryWCD https://t.co/sxqM5ItMkh

"Most sanitary napkin factories have shut their plants as they haven’t been included in the essential items list issued by the central government or state governments."

First 12% GST on pads and now this! When will the government learn?

Sanitary napkins and other menstrual products were added to the grocery lists by the Union on March 29th. This was done after a lot of people, including journalists, made noise about the hypocrisy on Twitter.

The whole process begs the question- why were sanitary napkins were not in the list of essential in a country like India. Ours is a country where a large number of the population constitutes women!

Why is Sanitary Napkin an essential item?

According to the National Family Health Survey, 2018 out of the 336 million menstruating women in India only 121 million use sanitary napkins. These may be produced locally or commercially.

Now that’s a huge number. Although some women do have a stock of sanitary napkins in their houses, many don’t. So the nationwide shutting off the production of sanitary napkins will affect the hygienic conditions of these women. This will make them vulnerable to a number of diseases and infections.

A scarcity of pads can increase the chances of women contracting cervical cancer, reproductive tract infections, Hepatitis B and a number of yeast infections too! Now you may wonder how stopping the production for 21 days cause a scarcity?

Well, from the time the lockdown was announced till March 29th, a number of areas all over the country started facing a shortage of these products.

No sanitary napkins available in near by stores. And no body seems to even consider it as a problem, trying in twitter but no one is helping.
– Bangalore

This increasing pressure from online journalist made the condition bad enough for Minister of Women and Child Development, Smriti Irani to issued a clarification.

Taking note of growing concern regarding availability of Sanitary Napkins, Home Secretary to Government of India has issued clarification to Chief Secretaries of all the states regarding Sanitary Pads being an essential commodity. pic.twitter.com/V2mj4fHjW3

What is essential and what is taboo?

In a report published in, Bloomberg Quint Rajesh Shah, president of Feminine and Infant Hygiene Association of India said, “The central government is yet to clarify if sanitary napkins are an essential item because of which almost all factories have shut. State governments also need to add sanitary napkins to the list of the essential items so that companies can start manufacturing.”

The noteworthy thing to note here is when the first list of essential items was released it had no clarity on whether sanitary pads are essential or not. Because of this many sanitary pad manufacturing companies shut their plants.

Now sanitary napkins are still considered a luxury. Thousands of women already do not have the access to sanitary napkins, tampons, clean water and several other hygiene products. On top of that not including it, into the essentials list raises a big question on the kind of society we live in.

In our society menstruation is still considered a taboo. The impact is so much that even today vendors give sanitary napkins wrapped up in newspapers as if it’s a nuclear weapon.

It is a fact that most of the women go through menstruation for a long time in their life. But sanitary pads that are a necessity during menstruation are considered a big taboo even today.

This is not the first time that such discrimination has happened. In 2017, the Indian government levied a 12% tax on sanitary pads under India’s Goods and Services Tax (GST). This was later revoked due to protests and social media initiatives. Even now the sanitary napkins have been involved in the grocery items list after social media initiatives and journalist intervention.

But the question why the delay? Why does the welfare of women and trans-women evade the minds of our governments?

Friends For Floods Is Working To Help Women Cope With The Assam Flood, You Can Help Them Too!

When Will Everyone Understand That Sanitary Pads Are A Non-Negotiable Essential?

Women’s Essential Needs Remain Ignored In Pandemic Times, Just Like They Always Are!