She Ran Her Home Alone; Didn’t A Woman Like Her Deserve A Women’s Day Celebration Too?

She would have got to live in some servant quarters of large households that way, but she wanted to pamper her self respect for at least half the day when she stayed at her home, the home which worked on her salary, entirely.

She would have got to live in some servant quarters of large households that way, but she wanted to pamper her self respect for at least half the day when she stayed at her home, the home which worked on her salary, entirely.

Rekha dipped her hand inside a bowl of water.

She was in a hurry since the morning. The government water supply to her slum had taken a break that day. They said there was a blockage in the pipe somewhere. She had to walk a kilometer and a half to fetch water from the other locality.

Now she was draining the rice and the escaped steam had landed on her hand. ‘Steam carries more heat energy than hot water’, she had studied long back in school; the reason she had now forgotten was that she had gotten married three years ago, leaving her studies midway.

The pain was getting uncontrollable and the water, just room temperature cool, wasn’t helping much. She looked at the clock about to strike nine. She had to start for work.

Rekha lived in a two room dingy house with a thin, corrugated leaky roof and walls made up of scrap materials, in a slum at a place called Dumduma around 15 kilometers away from her workplace at Jharpada.

Houses here at Dumduma were cheap, the market place nearby sold necessities at cheaper rates than several other parts of the city, and the best part was the place was still not under the scrutiny of any builder, or at least this was what the broker bhaiya had told her. Not that she had never wanted to work as a full time maid in rich houses, she would have got to live in some servant quarters of large households that way, but she wanted to pamper her self respect for at least half the day when she stayed at her home, the home which worked on her salary, entirely.

She walked through the narrow lanes of her slum till she reached the other end of the habitation. She would have to continue walking now, till she reached the Chhakaw, from where she could get an auto. She would have to make a walk from there then, a fifteen minutes walk till she got another auto. This auto would take her to the gate of the locality where her employer Sahu Babu and Pradhan Babu stayed. From there she could walk down to their houses.

Her interactions were only with the ladies of the house except for the monthly salaries.

Today she had reached late to Pradhan Babu’s house. Nani had given her a earful, and was still taunting her from time to time. She really couldn’t help herself. She was in her second month of pregnancy and the morning sickness was troubling her badly. Then she had to finish all her household chores before coming here.

She couldn’t tell her employer about her pregnancy yet; they would begin to plan replacing her sooner than she would expect then. Anyway she would have to leave this work at the most in four more months, that too if the Nani allowed her to work till the seventh month.

As she finished sweeping the floor and mopping it, and squatted down in the tiny verandah of Mr. Pradhan’s modern bungalow to wash the utensils, she sighed in disappointment. She wouldn’t be able to do this in a few months perhaps. But she could definitely continue cooking at Sahu Babu’s residence. If possible she could find another household to cook at, or she could contact her elder daughter’s friend Barsha’s mother. That lady could give her a little work from the sewing shop she works at.

Rekha rushed towards Sahu Babu’s residence. The Nani there had specifically asked her to be on time. There was some ‘Women’s Day’ celebration at her house.

As she reached she could sense her employer’s foul mood. She had to chop the vegetables, grind the spices, and start making the curries for lunch. Once she’d set two curries on each sides of the stove, she had to help Nani with cleaning the window panes and changing the sofa covers, and arranging chairs around the room after sweeping the room. After that she could go back to finishing her cooking.
…

It was a long day at work. After the guests had left, Rekha had cleaned up the entire house, set back the washed utensils in the racks, and headed towards Pradhan Babu’s residence. There she had cleaned the house, washed the utensils, and was now heading back home, walking and changing autos.

The sight of cake-cutting and celebrating a day for women hadn’t left her mind. It might be for well-off women only, she thought. But a thought crossed her mind, didn’t a woman like her deserve any celebration? Her husband was a jobless drunkard, she had a daughter and was bearing another child, at home she alone served a family of five, what then made those ladies so different to deserve a woman’s day celebration and not her?

That morning her mother-in-law had spoken about how she wanted a grandson, but now, Rekha was clear in her mind, she wanted another girl now, she would work hard and make her daughters that eligible to celebrate WOMEN’S DAY.

In the process of understanding feminism. read more... 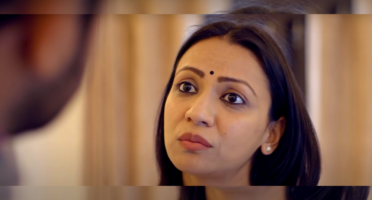 Tell Me What Should I Do To Earn Your Respect...