Tell Me What Should I Do To Earn Your Respect…

I bet, mistakes graver than ours but committed by humans of your gender will be treated as mere 'mistakes', but if we commit any then...

“If you are more outraged at imperfect feminism than systemic patriarchy, do not bother reading ahead… saves everyone’s time!”

“Dear Men! Yes, you heard it right. Especially if you are among those who shout ‘Not all men’ whenever women raise their issues. Because those men who are genuinely good and are not among those who make the lives of women harder know that this is not about them and will just stay silent.”

I have heard it all from many men out there; when asked to respect women, they will say that they would respect the one who ‘deserves’ it, and it will not depend on gender. So, may I ask, what are the eligibility criteria to ‘deserve this coveted respect’ from these esteemed men?

Respecting the differences is all about compassion… but no, you will never get it!

Darling, you aren’t asked to respect women because we see all men in a negative shade and wash all women white. You are asked to respect women for the physical difference they carry, for stereotypes they break, for the challenges – physical or mental – that they face in their daily lives just because they want to go out and live their lives on their terms. Basically, to understand the gender difference with logic and compassion.

If you think you are not the one this letter has been addressed to, you actually might be wrong.

We can also guess what you all talk about…

Every time you have gathered during breaks at your workplace, which happens to be our workplace as well, and give us a stealthy look as we pass by, we know it. We probably know that the topic just begins with that look. Discussions, by and large, follow it.

We perhaps can also guess what you all talk about. From our physical appearance to our relationship status to our cerebral ability, you can find topics that you have no knowledge or right to judge on while we rack our brains over it. If our life isn’t already tough, this just annoys us till it breaks our mood, at times confidence, and forces us to accept and adjust to your judgements.

You & your ‘debates’ about Us…

I want to ask you, why? Why do I have to be a part of your entertainment? If things weren’t already tough for us, you have to make it obvious for us by reducing us down to a ‘topic’ that is open for a downgrade debate.

Not to forget the unabashed, baseless, and biased stereotypes you put across confidently rather shamelessly on our faces. You see us driving and start behaving as if you are on an inspection to see if we deem fit to get a driver’s license. One mistake and the event is ready to be announced in front of our colleagues, and we automatically become eligible to get free passes to attend your TED Talk on ‘how to drive’.

I bet, mistakes graver than ours but committed by humans of your gender will be treated as mere ‘mistakes’, while a little error here and there committed by us become a result of our gender.

Demeaning us makes you superior? No!

The stereotypes of women being gold diggers, wanting to entertain themselves with their partner’s money will probably never see a boundary to limit on. This somewhere takes me on a deeper thought to think how narcissistic some men are.

They want to exhibit their status; they count on you to fall for it confidently and degrade a woman if she does, or worse, cry out foul if she doesn’t and go on to ransack her personal life to fetch on a datum they can fulfill their wish of demeaning her on.

I have heard some married men complaining how their wives do ‘nothing’ except watch daily soaps all day. These are the same people who wail like babies when their wives are out to their maternal homes, complaining about the strenuous chores they have to deal with.

So, they want to rob women of their right to decide on the kind of entertainment they want to release their stress. Claps for dictating the physical and mental stress altogether just because she is your wife.

‘Boy’s talk’ aka double meaning jokes & the ‘she deserves it’… Really?

Double meaning jokes are something I thought ended with teenage. But I couldn’t have mistaken it more. That’s the basis of the sexist conversations men have under the pretext of ‘boy’s talk’.

Passing such sleazy comments aren’t the end; they can stoop down to justify it by telling how the opinionated girl or the one who has had multiple relationships or the one who drinks till late, ‘deserves’ such a comment. Oh! The judiciary our constitution has forgotten to mention about, it is here.

If you think you have been smart enough…

If you think you have been smart enough to hide your attempts to gather information about us, including our addresses, as if you are supposed to maintain a ‘Directory of the Girls’ at your Workplace’, sit down and calm yourself. We are aware of your sleaziness and the efforts it makes you put.

Every time you see us with a human of the opposite gender and investigate behind our backs to write a full-fledged doctorate thesis and say it aloud to the world, you drop your already ‘below the tavern’ dignity inches lower. Our lives aren’t subject to public debate. We want to keep it in wraps, and probably you should learn to keep your nose with you, under your mask!

I understand and accept that this was a rant. But I can’t in any manner hide the fact that I have met and known men who have shown me what goodness is, what maturity is, and how we can all come together to shape this world into a better place. I would like to send across a huge thank you to these gems.

In the process of understanding feminism. read more... 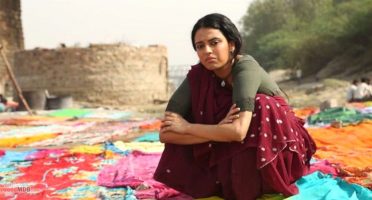 She Ran Her Home Alone; Didn't A Woman Like Her Deserve A Women's Day Celebration Too?