A character I loved recently is Bhumika Pardeshi in the Netflix show SHE. Here's what happened in the first episode - a taste of what might come.

A character I loved recently is Bhumika Pardeshi in the Netflix show SHE. Here’s what happened in the first episode – a taste of what might come.

In the Netflix show SHE, Bhumika Pardeshi is a cop from an economically deprived background, whom the police are using as a bait to catch a gangster.

For me the turning point of the show was when DCP Shishir Mathur says disparagingly about her, “does she hate anyone”, meaning does she even have the brains to think?

And Jason Fernandez, the ACP handling her case says that she is turning out to be quiet a bitch.

Bhumi had learned to speak her mind.

When a man gives his opinion, he’s a man. When a woman gives her opinion, she’s a bitch. – Bette Davis

SHE is the latest Netflix show, about a poor constable – unsure, under-confident, willing to take the flak in her personal and professional life, and unaware of her own smouldering good looks.

In her personal life she is the plain one with every man falling over her sister, including her ex husband.

She is in a nondescript post as a constable on traffic duty, and is picked up by an ACP who sees that there is that spark in her eyes. Unbelievable that the ACP could spot her from so far but it’s okay, because it’s a show.

So she is picked up as a bait to lure one gangster, and his boss after they catch him.

She agrees to do all this because they have put the fear of God in her that she will lose her job. A divorcee single handedly looking after her family and paying the bills, she needs the money desperately. And the ACP Jason just dismisses her as an object. They don’t care what happens to her as long as she does their work, putting her body and self respect at risk.

She opens up for the first time to the head gangster Nayak about what she feels about her sister, who is more pretty and more vivacious than her, and how the sister taunts her about her simplicity, and how no one wants to look at her, not even her own husband. And the happiness the sister feels when only she is stared at when they are walking together.

Nayak is gentle, and listens to her, as well as telling her about his home and his traumatic childhood. He knows she is not what she is pretending to be, but he is still kind and gentle with her.

When treated as an equal…

Till now no one has treated her as an equal.

In her office she was treated as a piece of furniture, her colleagues had said that Bhumi isn’t even a woman. Her husband had said she was like a piece of log. She remembered how she was molested and sexually abused as a child. Memories of the past hurts danced before her eyes like a kaleidoscope.

There was someone who did not use her just to pay the bills like at home, and in office as a brainless simple cop just ready to follow orders.

Nayak makes her feel like a woman coveted and desired. And now that Bhumi has got confidence and has started to think, and knows what is best for her, she will play the game better than anyone. 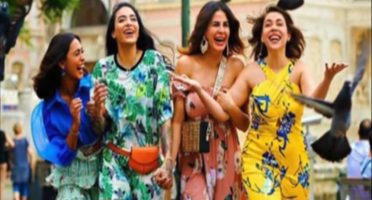 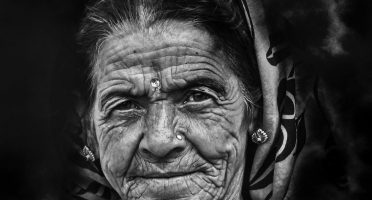