Move Over Raj And Simran! Bollywood Has A New Couple – Kartik And Aman

Uncle – Tumne kab decide kiya tu ‘Ye’ ho? (When did you decide you are like this?) 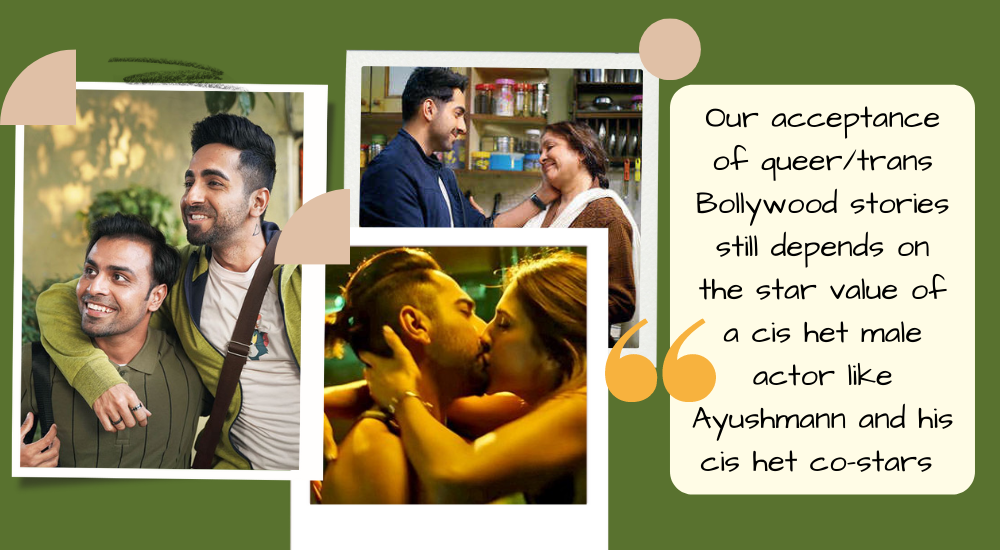 From starting the trailer with a Gay comment Ayushmann Khurrana and Jitu K starrer, Shubh Mangal Zyada Savdhan set a benchmark for itself. The trailer dropped today and we just can’t stop admiring Kartik and Aman (played by Ayushmann and Jitu respectively).

The movie deals with the love story of a same-sex couple struggling for their love despite educated parents and the Supreme Court judgement. Aman is gay and his family is unaware of his sexual orientation, and strongly disapproves of it on discovery. The movie also brings back to screen Gajraj Rao and Neena Gupta as Aman’s middle-aged parents.

One of the most fascinating thing about the trailer is a the first ever proper same sex kissing scene. Altough many people had a problem with the scene because of the obvious orthodox and narrow minded set up of the society.

Honestly was expecting way more from Shubh Mangal Zyada Savdhan promo but if the BB13 appearance is anything to go by, it's a let down. Not the movie, but the promo tour. I'm sure the movie is going to be a ground breaking one but it's 2020 for ficks sake, "getting them talking"+

Never liked @BeingSalmanKhan and lost every ounce of whatever "respect" I had after his sh*tty homophobic attitude towards the shubh mangal zyada savdhan movie and team. This is what is wrong with India and I can't believe he's perpetuating the mentality.

Many people even said derogatory commnets during the promotions of the movie especially during one of the episodes of Big Boss where according to many twitter users host Salman Khan made homophobic comments like ‘line change kar rae ho aap…patri badal rahe ho’ (you are changing your line from normal to something else) directed towards Ayushman’s character who represents the homosexual community.

Another user pointed out that even during  the latest promotions when the cast visited the very famous Kapil Sharma Show there were many homophobic incidents there too.

Not just this if we go and watch any interview taken of both the actors regrding the film or goto read any article about the trailer majority of them either term the kiss as’shocking’ or pose the question about how ‘normal’ the kiss was for the actors. This shows how a same sex couple kissing scene is ‘not normal’ for our society becuase of the homophobic roots.

But thankfully the CBFC didn’t dissapoint us as the board has  awarded a UA certificate to the upcoming film. Actress Neena Gupta took to Instagram to announce this news.

The trailer of SMZS directed by Hitesh Kewalya is an absolute comedy ride. Nearly every sentence in the trailer is a punch line. Showing homophobia in a comic manner is what the trailer successfully portrays. Words like ‘gay,’ and ‘homosexuality’ are used liberally, without trying to shy away from.

The trailer tries to show several realities. It shows what fighting for gay rights in India is and how the LGBTQIA+ community is fighting patriarchy. And it also shows the struggle of coming out to desi parents who invariably believe they can ‘cure’ their children of the heinous ‘gay disease’. And all of this is done with a pinch of humour and a huge sense of satire.

One such example of this is the dialogue ‘Supreme Court jin pataakhon pe bahas kar rahi hai na, apne aangan mein phoot rahein hain” (The issues that they are discussing in Supreme Court are the reality of our house) by Neena Gupta.

Apart from humour one more thing that is admiringly charming is Ayushman’s look in the movie. He is seen amazingly covered with tattoos and also gracefully adores a nose pin! (Can it get any better?) In one of the scenes, he is seen gracefully wearing the pride flag as a superhero cape.

When we think of an ideal Bollywood couple the names that come to our mind are Raj and Simran from DDLJ, Rahul and Anjali from KKHH, or Ram and Leela from Ram Leela. Also, all these couples have iconic songs and iconic romantic scenes coupled with them. Like everyone once in their life has fantasised the iconic train catching moment from DDLJ to happen in their life with the one who they love. Apart from this the movie also bring back iconic old Bollywood song ‘Yaar bina chain kahan rey’ and smashing Punjabi hit ‘Gabru’. SMZS is proof that commercial movies are slowly moving towards what they are meant to be ‘not just entertainment’.

The trailer is wholesome and promises a movie that is very much needed to watch by the Indian audience.

Bollywood Ageism: Were Taapsee & Bhumi In Their 30s Really The Best Choice To Play 60 y.o. Women?

Saand ki Aankh ageism debate - just because earlier movies had actors playing roles different from their age/gender/race, does it mean it should continue?

Saand ki Aankh ageism debate – just because earlier movies had actors playing roles different from their age/gender/race, does it mean it should continue?

In response to the Saand Ki Aankh ageism allegations, Taapsee Pannu has defended herself by listing a number examples of actors playing roles different from their age/gender/race, and asking why they weren’t questioned, but she is. But just because we let something wrong happen before, does that mean it should be continued even when we know better?

As far back as April, upcoming movie Saand Ki Aankh a biopic of Prakashi and Chandro Tomar, India’s ‘shooter dadis’, was receiving criticism for casting Taapsee Pannu and Bhumi Pednekar in the role of older women.

I should not cry, I am a boy you see. My grandmother always says that boys don't cry. "Kya ladkiyon ki tarah ro raha hai?" 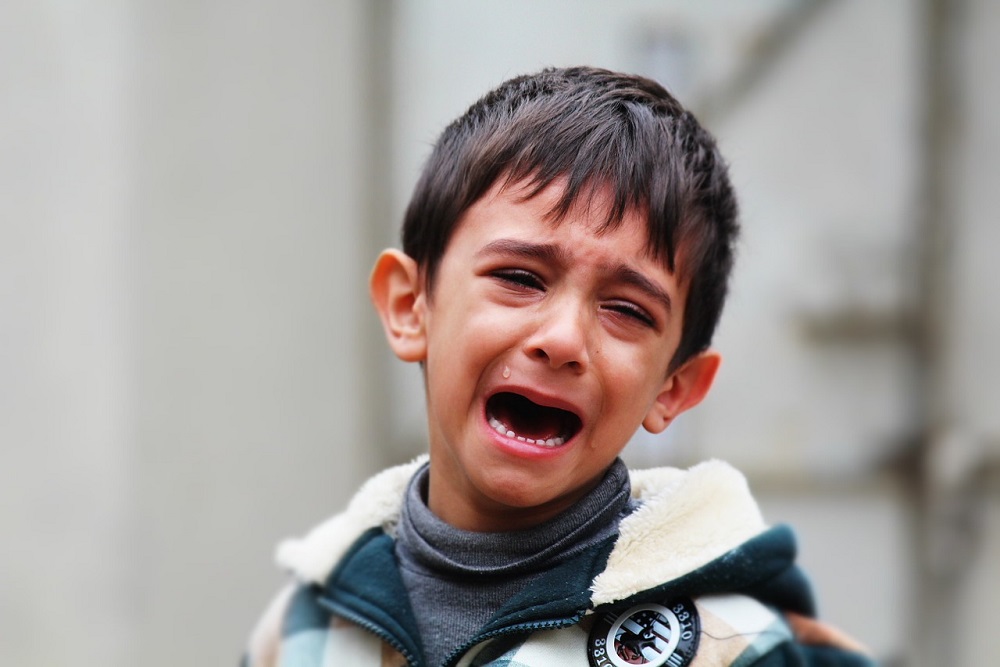 I should not cry, I am a boy you see. My grandmother always says that boys don’t cry. “Kya ladkiyon ki tarah ro raha hai?”

Rashmi came to her balcony on hearing some mayhem. Their otherwise silent neighborhood was suddenly filled with the sounds of transport vehicles and human commotion.

The Mishra family was getting their goods unloaded from the truck. Mr. Mishra was standing near the truck and instructing the packers and movers to unload properly, while Mrs. Mishra was directing their men on where to keep the stuff. Meanwhile the kids were exploring the place. Soon all the odds and ends were settled. The truck departed, and so did the Mishras to their new home.